The Melancholy of Suzumiya Haruhi-chan #1 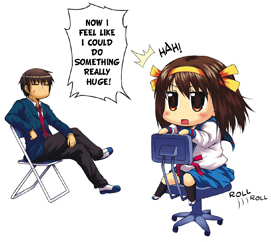 For fans of the oddball and moe antics of the original series, this parody is sure to please. Often written in the form of four panel (4-koma) gag manga (though sometimes the panels vary), it spoofs the original and shows more of how crazy Haruhi can be.

If Haruhi is crazier than ever, Kyon remains the straight man in the midst of the insanity. At the very beginning of the book, Haruhi screams to the sky (aliens?), “Haruhi fans here ……. READ THIS MANGA!” She then introduces the important characters, being especially dismissive toward Kyon. And thus begins the Haruhi parody.

So how purposefully absurd is it? For an example of what to expect, I’ll tell you this: when writing out a daily schedule to show how “adult” she is, Haruhi gives herself the following to do: “Break, tutoring, study, black magic, meditate, summoning.” For the black magic part, she wants to sacrifice a rabbit. Don’t worry: no animals are harmed in the making of this manga. When no rabbit is available, Mikuru is put in a sexy Bunny Girl outfit and set in a cauldron while she enjoys the warm water.

Haruhi does seem to have a thing for using Mikuru. She also makes a Mikuru layout on paper that’s a sort of Super Mikuru: the girl has a Mikuru Beam, Mikuru Missile, Mikuru Typhoon and Mikuru Rocket Punch. Guess where the missile shoots out of. Yeah.

There are a few colored pages at the front, but most of the book consists of black and white. Haruhi is not chibi-style the whole way through, despite being depicted that way on the cover. This manga is incredibly random in a way I’ve only witnessed a few times in Japanese entertainment (or maybe I’m just 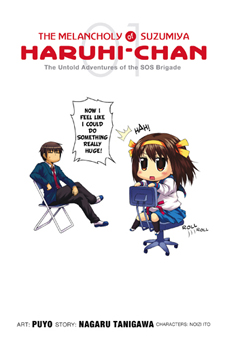 not reading/watching the right things from other places). I prefer books with plots and storylines, but I have to admit, some of this is pretty darn funny. I think people who aren’t familiar with Haruhi can still dig it, but I think you have to be a fan to really enjoy it, if you know what I mean. The better you know the franchise, the funnier this should be. I think it’s about as simple as that.

And what is up with those Esper Rangers?! 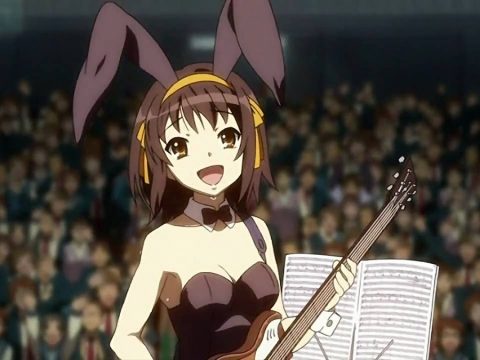 The Melancholy of Haruhi Suzumiyaendless eight 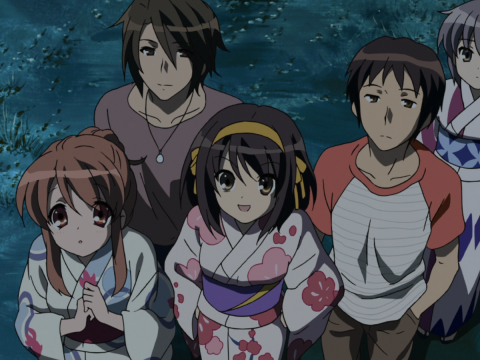 Plan Your Own Endless Eight Summer (Minus the Time Loop) 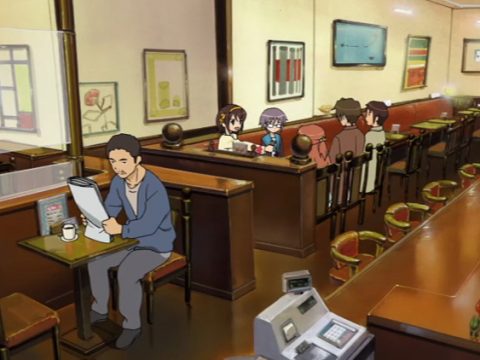