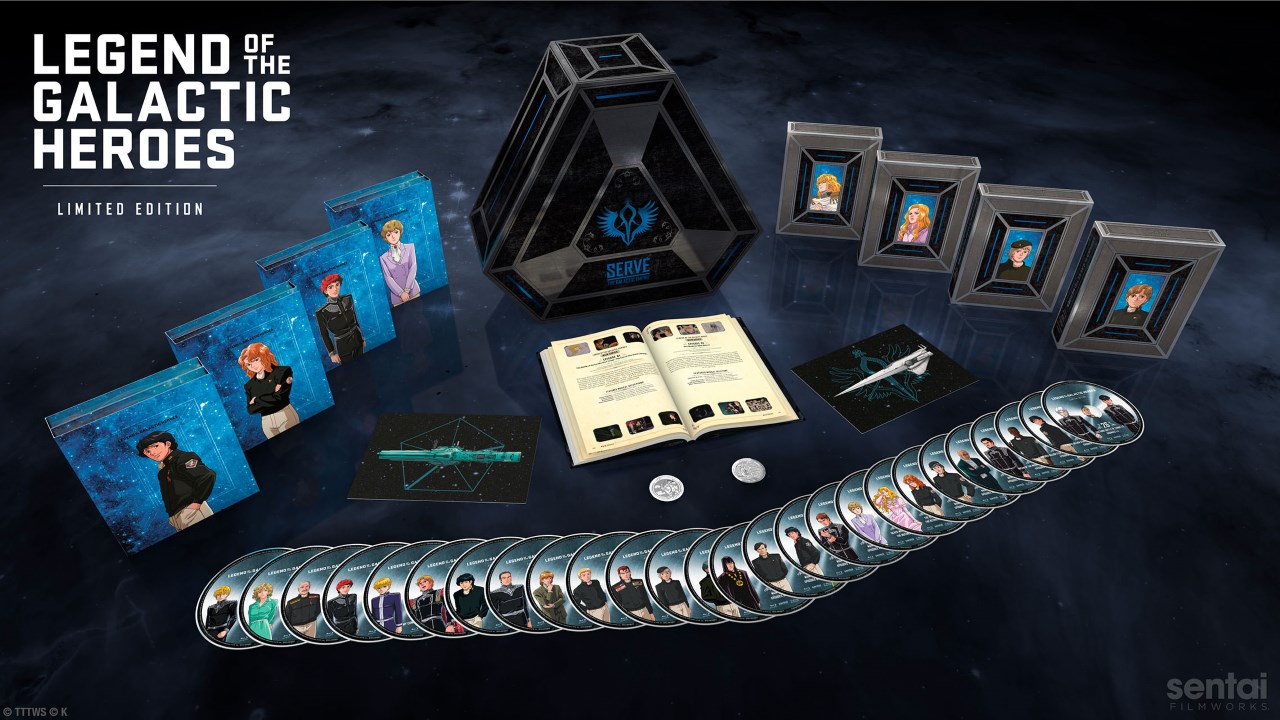 Back in 2018, Sentai Filmworks unleashed the mighty power of the limited edition The Legend of the Galactic Heroes box set, packing the sprawling sci-fi series in a limited-edition box with every OVA episode, three movies, metal coins, 3D art cards, and a 200-page book. Limited to 1,000 copies and priced at a hefty $799.98, the set has been hanging in there ever since, but it finally sold out completely this week.

Sentai gave a heads up on its official Twitter account over the weekend, saying there were only 15 sets remaining. Now, if you head to the product page you’ll see it listed as out of stock.

Hopefully you managed to get your copy, because that price tag is only going to soar higher on the second hand market.

For over one hundred and fifty years, the Galactic Empire and the Free Planets Alliance have been at war. Despite millions of lives expended and planets laid to waste, neither side has scored a final, decisive victory. However, in the vastness of space, the power of a fighting force is only as effective as the mind behind it. In the Empire, that mind belongs to rising star Reinhard von Lohengramm, a young, upstart, strategic genius with his own agenda. Standing against him, is the Alliance’s own rising wunderkind, Yang Wen-li, a historian whose tactical brilliance catapults him into the Alliance vanguard. As a game of chess is played across the universe with millions of living pieces, fleets will burn and entire armies will fall in one the most acclaimed masterpieces in the history of anime, LEGEND OF THE GALACTIC HEROES!

sentai filmworks 86the legend of the galactic heroes 5

Pokémon Card Scalpers Cause Chaos in the Cereal Aisle
Don’t Toy with Me, Miss Nagatoro OP is Blowing Up on YouTube