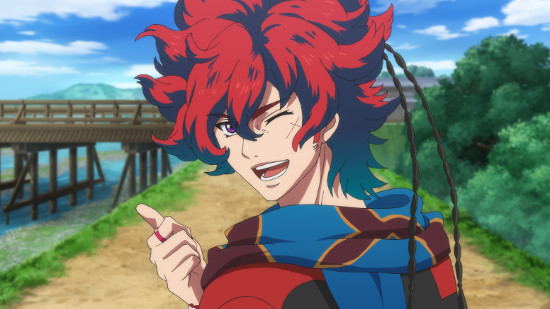 In one of the campier moments of the 1980s, which is quite the feat, all things considered, Dee Snider, frontman of the cross-dressing heavy metal band Twisted Sister, represented as a teenage boy, belts out “I wanna rock!” before strumming a power chord that literally blasts his rock-hating father outta there, in the battle anthem “We’re Not Gonna Take It,” directed at all who would dare challenge their right to rock out. 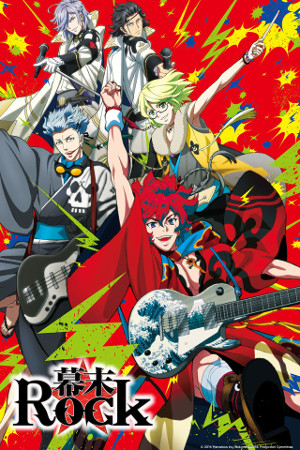 Rewinding a few decades further, chances are good that you’ve heard a least a little bit about the backlash against rock ‘n’ roll in the 1950s, which led to laughable measures like shooting Elvis from the waist up on The Ed Sullivan Show, performances that almost never happened at all given Sullivan’s initial refusal to invite Presley to appear before his all-ages audience. But did you know that rockers have been clashing with the establishment all the way back to the days of post-isolationist Japan in the mid-1800s? Okay, I made that part up, but don’t blame me for fibbing. Samurai Jam: Bakumatsu Rock did it first!

If it’s not painfully obvious, Studio DEEN’s latest historical anime, in addition to being based on a wacky rhythm game/visual novel hybrid titled simply Bakumatsu Rock, is inspired by the events of Japan’s chaotic Bakumatsu era, the country’s final years of feudal shogunate governance. One notable figure from this time period was Ryoma Sakamoto, known for opposing the Tokugawa shogunate and its Shinsengumi, an elite squad of samurai organized to protect and serve the government. Two others who helped steer Japan in a new direction were Kogoro Katsura and Shinsaku Takasugi, both students at Shoin Yoshida’s private academy, which educated many who would later contribute to the reshaping of Japan.

Brain turned to goo yet? All right, that’s enough of a history lesson. While you may not realize it, you were just introduced to the three main characters of Bakumatsu Rock, the anime: Ryoma and his friends/bandmates, Kogoro and Shinsaku. Don’t grow too attached to those names, though; Ryoma has a penchant for giving anyone and everyone nicknames, so you’ll far more often hear Kogoro and Shinsaku referred to as “Sensei” and “Cindy,” respectively. 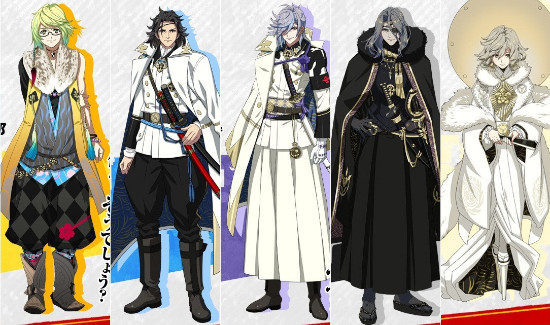 In this twisted version of history, Ryoma is a musician who wants nothing in life but to share his burning passion for rock with his countrymen, a dream encouraged by the “shaggy master” Shoin, who gave Ryoma his guitar, but this is easier said than done when the government, namely Chief Minister Naosuke Ii, controls musical expression and outlaws forms considered a bad influence on the populace. Few complaints are to be heard, however, as most folk on the streets are thoroughly enamored with the singing and dancing warriors of the government-sanctioned Shinsengumi, Japan’s top idol group, fronted by heartthrobs Toshizo Hijikata and Soji Okita and managed by former member Isami Kondo (all real historical figures; look ’em up for extra credit), and their repertoire of hit songs, each granted the official title of “Heaven’s Song,” which are pumped out of thumping speakers across the nation. 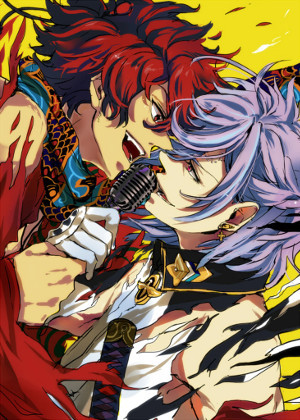 Yes, speakers. On top of the references that emphasize that Japan’s borders have been opened, such as the pizza Margherita—which, according to popular legend, wasn’t even invented until after the end of the Bakumatsu era, whoops—that Ryoma serves while working for the tanuki-esque restaurant owner Otose-yan, Bakumatsu Rock wantonly tosses modern technology into its historical setting. Electronic guitars, television stations, radar devices, heck, even rockets that can blast up to the stratosphere, sit side by side with kimono, katana, and daimyo castles.

Needless to say, Bakumatsu Rock doesn’t take the accuracy of its historical setting very seriously, or really anything seriously, for that matter. By the time our protagonist, Ryoma, literally bursts onto the scene—less than two minutes into the first episode—Bakumatsu Rock has already grown almost embarrassingly silly, and it’s as happy as a pig in mud to roll and revel in its camp until the last credits roll. The show’s free spirit is both a blessing and a curse, however, as a more serious-minded approach to its purpose would have been to its benefit. Not consistently funny enough for a comedy, too goofy for any drama to be convincing, and halfhearted in what appears to be a desire to serve up fan service for female viewers, Bakumatsu Rock can’t seem to fully figure out what kind of show it wants to be and, as a result, throws everything against the wall in the hope that something sticks.

If anything is likely to get stuck, it’s the catchy tunes of Bakumatsu Rock in your head. As our rock trio wages war against the pop powers that be, the viewer reaps the rewards. There are generally multiple performances per episode, and while the total quantity of songs isn’t broad enough to allow for something new every time around, the quality of what’s there makes return visits welcome. Concert scenes are also when the show’s artists aim the highest, minus the clunky CG that intermittently rears its ugly head. When the characters don’t look like creepy action figures, you can look forward to vibrant, shiny colors, smooth mouth movements during singing close-ups, and the occasional surprisingly beautiful backdrop of bamboo forests, mountains, or other natural splendors of pre-modern Japan. 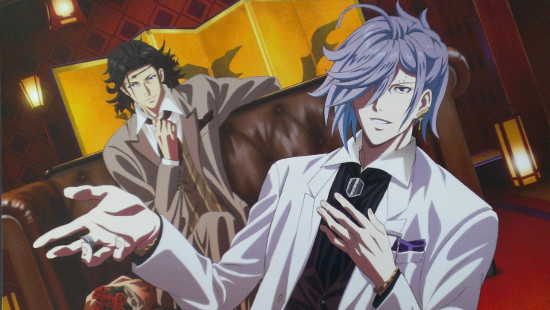 Truthfully, for all its intentional diverging, Japanese history buffs should get a kick out of all the ways in which Bakumatsu Rock does capture the spirit of the era, of tradition versus modernization. But those who don’t know a samurai from a ninja need not fear because Bakumatsu Rock is at its best when it devolves into pure, unadulterated nonsense. Just when you think the show has hit its highest pinnacle of absurdity, it somehow manages to outdo itself, and this wild ride lasts to the very end. With a snap of a finger and one of the most colorful displays of freedom you’ll see outside of the 4th of July, the final moment of Samurai Jam: Bakumatsu Rock is guaranteed to plaster a big stupid grin across your face and awaken an urge to shout “I wanna rock!”