[Review] The Next Generation Patlabor: Final Battle in the Capital 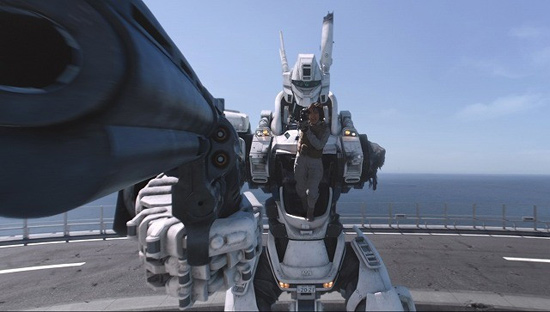 The Next Generation Patlabor: Final Battle in the Capital is the final chapter of a series based on a well-remembered but not especially famous 90s anime series which was viewable only via limited theatrical release or seven Blu-rays retailing about $60. It’s also the direct sequel to an anime film released 22 years ago.

It’s less of a wonder that the film was a box office disaster than more that it sold any tickets at all.

But let’s leave financial analysis aside and jump into the film itself.

Final Battle in the Capital opens in the middle of a UN refugee mission run by no other than Shinobu Nagumo, the former captain of Patlabor Section 2 Division 1 who was forced out of her position in Patlabor 2. Shinobu (hidden in shadow throughout the film and voiced by her original voice actor Yoshiko Sakakibara) receives a letter from Japan that portends a repeat of the events of that film.

Indeed, back in Tokyo, the current Patlabor Section 2 are shocked when a missile hits Rainbow Bridge, blowing a hole in the center that recalls the damage done to the Yokohama Bay Bridge fifteen years earlier.

Current Section 2 Division 2 Captain Gotoda is thrown into a similar investigation to his predecessors, discovering the culprits are indeed disciples of Yukihito Tsuge, who masterminded the terror events of Patlabor 2. His Section 2 Division 2 must attempt to stop these new attacks, which are being launched from an invisible helicopter.

The most immediately striking thing about Final Battle is while it’s officially a sequel to Patlabor 2, it feels much more like a live-action remake. The film follows the basic plot of Patlabor 2 almost to the letter, and beyond that, it reuses many of the same music cues, locations and even shots. Captain Gotoda and his police counterpart take languid trips down Tokyo’s canals talking about the city, have meetings in front of giant fishtanks, and a scene near the end of the film in which Gotoda is hauled before the higher-ups is an almost shot-for-shot rehash of the same scene from Patlabor 2.

It almost feels as if director Mamoru Oshii were challenging himself to see whether he could replicate his previous film in the medium of live-action.

And he at least partially succeeds. Though it might be impossible to wholly replicate the atmosphere of that singularly atmospheric film, the reliance on Tokyo as setting and an excellent soundtrack by Kenji Kawai help bring this film in line aesthetically with its anime predecessor. 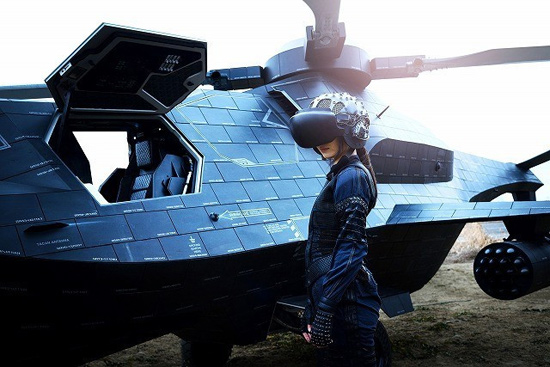 Indeed, the production value of the film is quite high overall. While the look of the series itself was generally good, it’s clear a healthy amount of the Next Generation Patlabor budget was used on this film, with quite a few well-choreographed and exciting action scenes. It’s a relief after the aesthetic mess that was Oshii’s last live-action film.

Still, the question remains: why follow the plot of Patlabor 2 so closely?

That film, released in 1993, questioned the wisdom of Japan becoming more entangled in worldwide military action and its complicity in the wars of the world through arms trade. Those themes are even more relevant now. Japan’s current prime minister Shinzo Abe is pushing revisions to the constitution allowing Japan’s military to become engaged in external conflicts, and this month Japan hosted its first global arms fair.

It’s hard to imagine this situation being far from Oshii’s mind as he prepared the script for this film. Or maybe, despite all his public statements to the contrary, Oshii is still fascinated by Tokyo as a subject for films.

While Final Battle’s raison d’etre is a bit of a mystery, it is, at least for a small segment of Patlabor/Mamoru Oshii fans, an interesting bit of filmmaking.