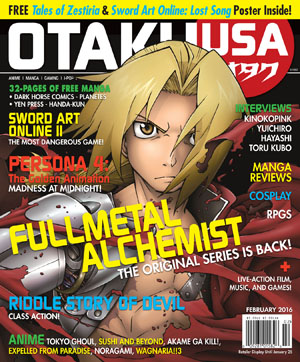 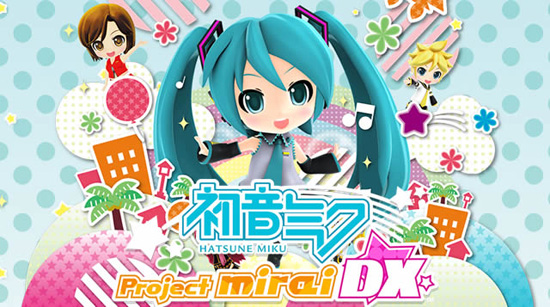 Hatsune Miku has all but conquered the English-speaking world, from the debut of her PlayStation 3 Project Diva series to the hundreds of songs and fan-made creations swirling around the digital diva on YouTube. So it’s no surprise that Miku’s encore performance, Hatsune Miku: Project Mirai DX, is another helping of cuteness, challenging rhythm gaming, and a peek into the daily life of everyone’s favorite Vocaloid. 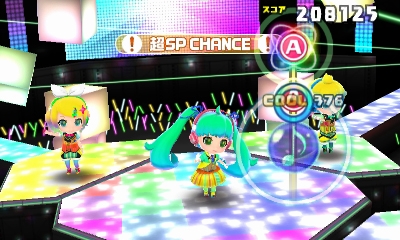 Project Mirai DX combines several different mechanics into one adorable package, and that includes content that’s not all about music. This entry displays the rhythm game portion prominently enough on its main menu, but it’s easy to miss if you buy the game sight unseen, as it’s just a segment nestled among other choices to select. But it’s just as full-featured as ever, allowing you to swap between the 3DS touch screen and face buttons to get your groove on with over 45 Vocaloid tracks. Once you’ve mastered those, you can create your own dance routines to share with friends for some private Miku performances.

What’s special about this set of Miku performances is the fact that you can choose to use the stylus to tap along to the music in special areas of the touch screen that would normally be mapped to the face buttons, but the face buttons are actually a much better choice if you want to aim for the highest score possible. 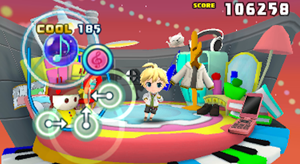 Tapping the buttons on the beat is a lot more cumbersome and finicky than simply using the physical buttons, especially when you get up in the higher difficulties. Hatsune Miku’s Project Diva titles are notoriously tough when you start looking to full combo songs or finish with higher ratings, so it’s better to have access to all the buttons quicker with your thumb than it is to use the stylus. It’s not impossible to do well if you’ve got outstanding reflexes, but it’s easier and more comfortable to use the buttons instead.

If you tire of dancing, you can choose to “hang out” with Miku and change her outfit, interact with her via the 3DS microphone, or go out shopping to add more items to your collection. There’s a built-in Reversi minigame as well as branded Puyo-Puyo, 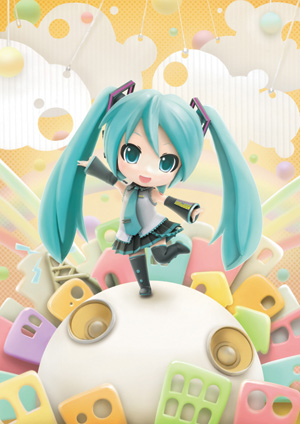 which makes this Miku installment a lot more like a collection of minigames seated alongside the addictive rhythm mechanics of the other titles.

If you decide you want to share your own personal Miku with others when you take your 3DS on the go, you can even customize a special player card, including a Miku pose, hello message, and even a bit of a song that’ll play when people StreetPass you. It’s an interesting feature, especially since Miku fans are quite social in general.

This could very well be the cutest Miku yet, with plenty to offer fans of the Vocaloid as well as anyone looking for a great rhythm game for 3DS, since there’s a dearth of them. There could be more options for the rhythm game itself, but overall it’s a great choice for Miku and music fans alike.

If Punch Line Sounds Crazy, That’s Because It Is
[Review] DNA2