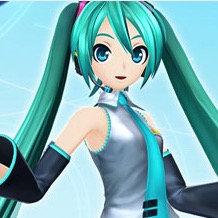 Sega has been teasing a new announcement with a countdown, and many correctly assumed it would be related to Vocaloid superstar Hatsune Miku. Now the virtual idol’s next game has been revealed as Hatsune Miku: Project Diva X, which is coming to PS Vita in Japan in March 2016, followed by PlayStation 4 in fall 2016.

Since the PS Vita version is coming first, it will be on display at the Magical Mirai 2015 event that runs from September 4-6. Sega celebrated the announcement with a new teaser site and a “Sega feat. Hatsune Miku Project” eighth anniversary trailer, which shows the first glimpse of Project Diva X below.