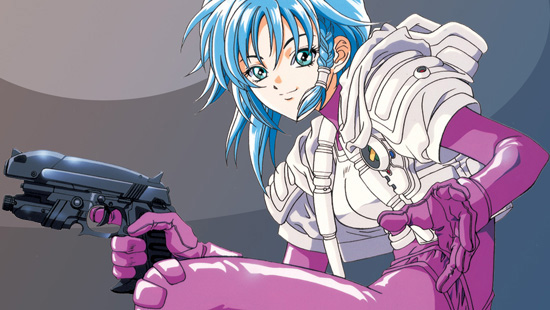 I’ve always had an unspoken respect and admiration for the work of Masakazu Katsura. The author of works like Video Girl Ai, Ai’s, and Zetman, Katsura’s manga never fails to deliver with great artwork and stories that are almost always uniquely intimate and strike the heartstrings. 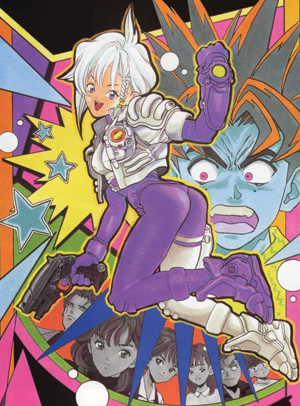 The anime adaptations of his work, however, are somewhat hit or miss in terms of matching the quality. In the case of the short-lived TV adaptation of his Video Girl Ai follow-up, DNA², it honestly sits somewhere in the middle, hitting the mark in some respects yet not living it up to its full potential.

DNA² starts with Junta, a hapless romantic teenager with one of the worst allergies a boy could ever be saddled with: whenever he’s sexually aroused by a girl, he vomits due to sheer nerves. This kicks in during the one shot he has with Tomoko, one of the most popular girls in his school. But before he can try again, he’s confronted by Karin, a blue-haired girl who claims to be from the future.

Her mission as a DNA Operator is to stop “Mega-Playboy” whose supernatural prowess with women jumpstarts a population boom that makes the world 100 years later highly overcrowded. Which is when she reveals Junta is the past version of the Mega-Playboy and shoots him with a bullet designed to nullify his latent potential. But in the midst of her triumph, Karin learns a horrible fact: she shot him with the wrong bullet, which has now made Junta’s Mega-Playboy abilities manifest several years too early. 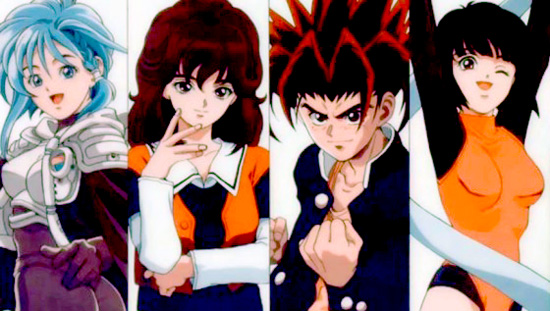 His DNA now completely unstable, Junta now has the involuntary ability to turn into the Mega-Playboy version of himself which woos all the women in his life. Karin’s only hope of avoiding the death penalty for botching her mission (not to mention getting her pay bonus for the job) is finding a way to alter the timeline. Her main effort lies in getting Junta
to hook up with Ami, his childhood friend who is immune to both his Mega-Playboy charm and his allergy to women. Which would work if it
weren’t for the myriad girls at his
school being attracted to him, and the little fact of him really being in love with Karin herself…. 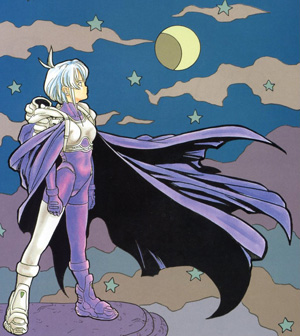 And so begins what is one of my favorite TV anime of the 1990s. Being a Katsura anime, there’s plenty of slapstick and fanservice to be had in DNA². After all, thanks to his Mega-Play side, Junta pretty much has scantily clad girls throwing themselves at him nearly every episode. What makes it interesting is that, as the series goes on, the Mega-Play side of him becomes something of a metaphor for the charismatic, suave, and sexually confident guy he could be without his insecurities.

The line between Junta and the Mega-Playboy starts to blur as he works to become a better person. On the flipside, there’s Karin who struggles to keep our hero in check and complete her mission, but as she starts to interfere in the lives of Junta’s friends, there’s always that lingering thought of whether or not she’s doing this for her duty or because of the budding feelings she has inside. It makes for a compelling watch, but it’s far from perfect.

The biggest thing keeping DNA² from being absolutely fantastic is the animation itself. I’m usually not a stickler for this, but it’s hard to not notice the whiplash when in spite of some fantastic moments like the breathtaking opening titles (contender on my list for Best 90s Anime Opening Ever), the series’ animation drifts between 90s TV Budget Standard and Less Than Stellar. The forgettable and dated soundtrack contributes to this with occasionally cliché, grating synthesizers and harpsichords steamrolling through emotional scenes. 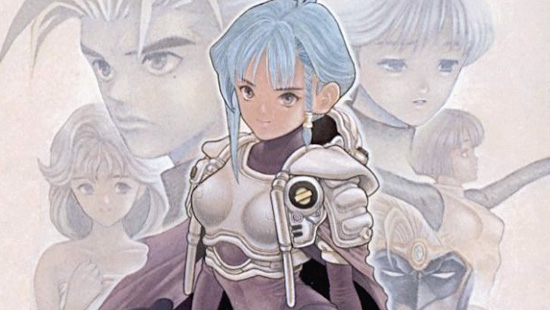 Suffice to say if you’re approaching DNA² from the infinitely superior Video Girl Ai OVA, the quality may be a bit jarring. But neither of these impedes DNA²’s entertainment factor in the long run. It’s still hilarious, hits all the right notes, and manages to be one of the better translations of Katsura’s manga to anime. 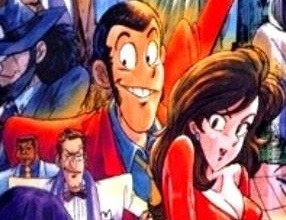