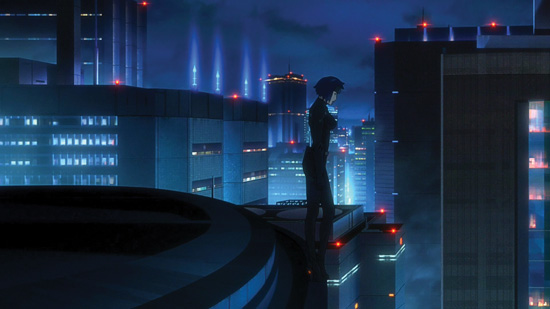 Recently there was a series called Young Black Jack. Billed as an origin story for Osamu Tezuka’s famous creation, the title suggested we’d learn about what made him become an unlicensed rogue surgeon to begin with. Instead, what we got was him doing what he’s always done, only while younger. The result wasn’t bad, but it was more of the same and a missed opportunity to go to all that trouble in revising the setting so drastically solely to draw him “sexier.”

The above also describes how I feel about Ghost in the Shell: Arise. When I reviewed the initial installment three years ago—man, has it been that long already?!—the idea of a “soft reboot/prequel” had potential, especially since the backgrounds of the various members of Section 9 have always been deliberately murky. But in the end, most of Arise feels like the same situations and character dynamics of Ghost in the Shell: Stand Alone Complex, just with everybody looking younger whether they possess an un-aging cybernetic body or not. That isn’t “bad,” considering how stellar Stand Alone Complex was. It just isn’t all that “new,” which is why the subtitle The New Movie is doubly uninspiring. For a series so historically well regarded for its quality of writing, was that really the best possible name anybody could think of?

The New Movie concludes the “Fire-Starter” storyline of the 10-episode television series Arise—Alternative Architecture. If you never saw Arise but are familiar with the cast of Stand Alone Complex, then you can basically jump right into this since relatively little has changed from what you know despite this setting preceding the creation of “Section 9” as we’ve known it. It’s still an increasingly implausibly near future where robotics, cyborg technology, artificial intelligence, and neural telecommunication have advanced to the point of blurring the definition of what it means to be human. Major Motoko Kusanagi, a fully cybernetic “Wizard-class hacker,” still commands a team of elite specialist operatives to protect Japan from malicious cyber-threats that invariably involve cyberbrain memories and senses being tampered with, as well as copious high-caliber weapons fire. For some reason, in this film she opts to refer to her squadmates as though they’re all just disposable parts she’s assembled to form a functioning unit. I’m guessing back in 2013 that writer Tow Ubukata (Psycho-Pass, Season 2) had just seen the sixth Fast and Furious film and thought it was cool when the villain in that did the exact same thing to stand in contrast to Vin Diesel’s “family.” In any case, the gang’s all here so they’re still “Section 9” in spirit, if not name.

Despite its name, The New Movie doesn’t quite function as a movie since it assumes the viewer already has full prior knowledge of who every character is. You won’t even find very much explanation regarding the setting outside of a somewhat clunky opening dialogue between characters who have no reason to be discussing what they are talking about given who they are except so the viewer can hear them. It also doesn’t resemble a “movie” from a technical standpoint so much as it does a lengthier installment of the regular series. Perhaps this is more a
testament to the high quality of work from Production IG, but The New Movie still utilizes all of the animation shortcuts the Ghost in the Shell setting permits for the moments between the action scenes: after all, there’s less
need to animate lips moving, eyes blinking, or any idle movements when nearly all the characters
are cyborgs! 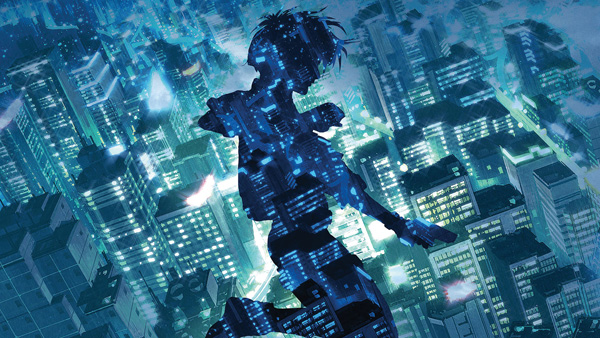 The Ghost in the Shell: Arise continuity ultimately exists because Masamune Shirow’s manga, Mamoru Oshii’s movies, and eventually Stand Alone Complex each reached points where no additional stories about Section 9 as we know it could be told. Based on how this film ends—yep, another recreation of the opening to the 1995 film—that won’t be a problem for the foreseeable future. I for one hope they eventually ratchet the nudity and bloodshed levels back up.