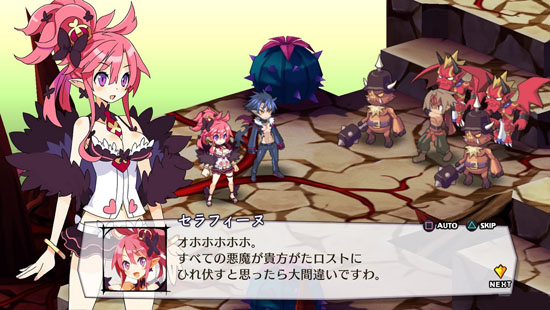 Disgaea has long been a strategy-RPG series that’s felt mired in the previous generation of gaming, despite its quality and generally high reviews from critics. That’s why Disgaea 5: Alliance of Vengeance is here, as it’s the series’ first sojourn onto PlayStation 4 and also one of the only comparable titles you can get on the console at present. As such, it’s by default the best one, but it of course stands out on its own merits as well. This is one Disgaea title you won’t want to miss out on.

Like the past four main entries in the series, you’ll spend most of your time moving around pieces on a large grid: your army of colorful characters with even more colorful personalities. Across several sprawling isometric maps you’ll fell enemies nearly as often as you’ll recruit them, in typical Disgaea fashion. It’s just like stepping into an old, comfortable pair of shoes but with a shiny new veneer. The same famous tricks are still here, such as the ability to throw team members to other tiles, Geo Panels that alter the characteristics of terrain, and the quirk factor from the previous games. But there’s still some new ideas here to explore even if you’ve been a fan from the beginning. 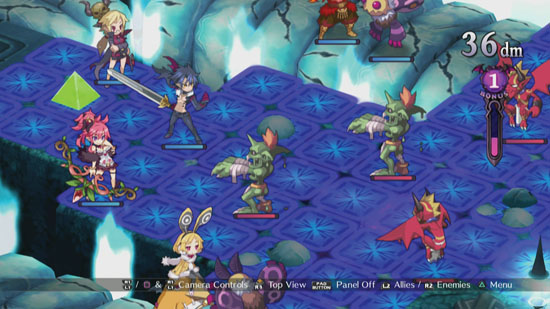 For starters, Revenge Mode allows for some interesting new circumstances. As you move your characters around the board and they absorb damage, a special gauge will fill that, when full, will allow your character to use the “Overload” skill that will raise their Critical stat tremendously and allow them to unleash character-specific moves that vary from team member to team member. It’s an awesome new move that ups the ante considerably, and can turn the tides of battle relatively quickly if you find yourself on the losing side of things.

And there will be plenty of opportunities to overcome your opponents when it comes to Disgaea 5. There’s a boatload of content here, and that’s aside from a main campaign mode that’ll take at the very least 30 hours to complete. An inordinate number of side quests, secret characters, special recruits, and other additions to the game will ensure the completionist in you is nearly driven insane by the sheer amount of stuff there is to spend your time with. You’ll absolutely be getting your money’s worth here, even if you only sink a bit of time into the campaign. 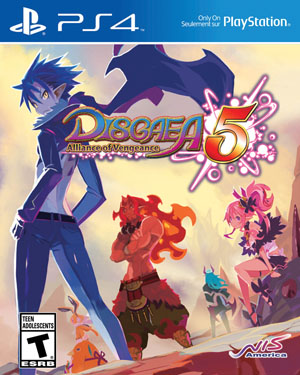 Content aside, this PlayStation 4 entry truly looks and feels as though it’s joined the “current-gen” club, with gorgeous hand-drawn sprites that boast an impressive amount of detail, crisp visuals, and interesting environments with just the right amount of whimsy. If you know Disgaea or are even a smidgen familiar with its unique style, you’ll feel right at home here, and that was likely the goal of the creators.
This is an excellent isometric strategy RPG with tons upon tons of content for new and old fans, and if you’ve been patiently waiting for the series’ debut on a new console, you won’t go wrong by adding this one to your arsenal. Just make sure you carve out plenty of hours to give it its fair due.