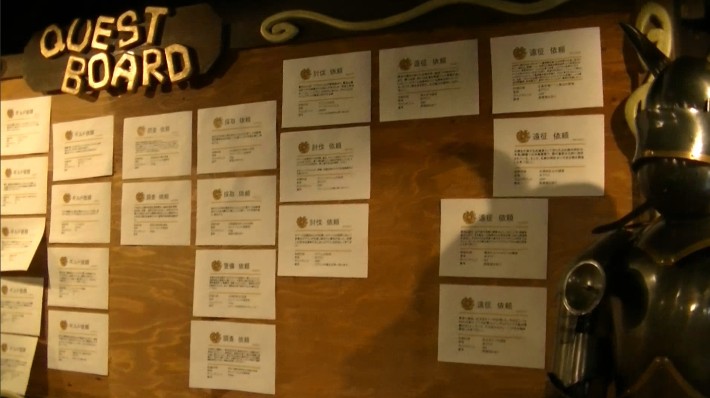 The Boken-sha Guild Tavern (translated as Adventurer’s Guild Tavern) is a real-life tavern in Japan meant to look and feel as if it came straight out of a role-playing game. Menu items include Wyvern’s claws and meat with bones of demon beasts, and the decor has a Medieval European fantasy element.

It even has a quest board that offers side quests for dedicated role players. One quests asks you to go to the nearby train station and make sure no one suspicious is there. Another sends you to the Hiroshima Peace Memorial so you can come back and say what you’ve seen. You can get guild points by doing these quests.

The tavern is located in the Kanagawa prefecture, right by Yamato Station.

Check Out the Remake Our Life! Anime’s New Trailer
Producer Toshio Suzuki Updates on Miyazaki’s Next Movie and More