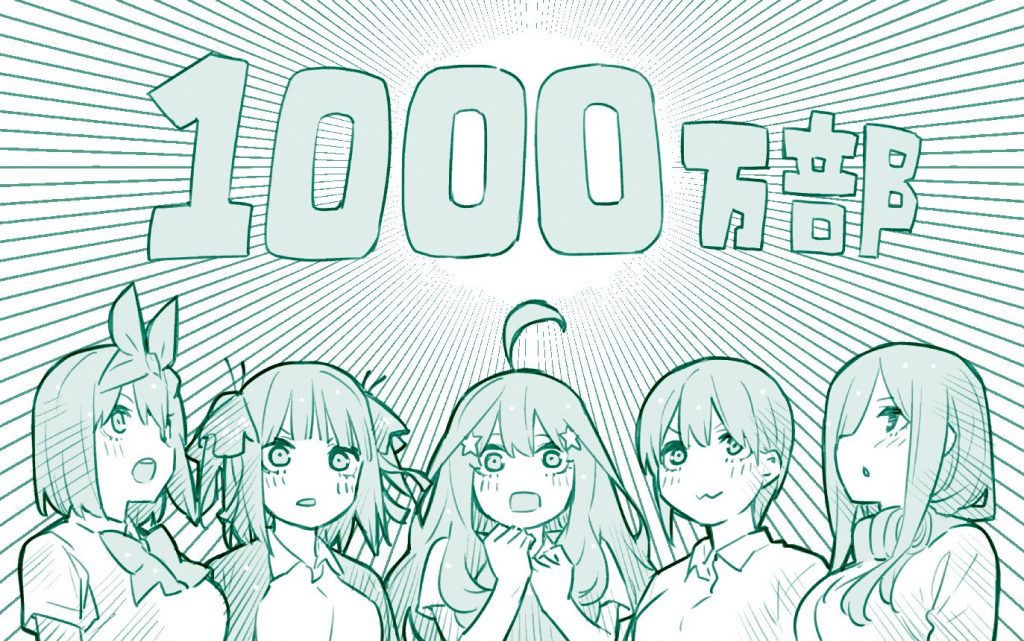 The Quintessential Quintuplets manga may be coming to an end in the near future, but it won’t do so without hitting some major milestones first. The 13th volume of Negi Haruba’s manga hit Japanese shelves on January 17, and with it comes the accomplishment of 10 million copies sold.

To celebrate, Haruba took to Twitter to share the special illustration above. In it, the five Nakano sisters are suitably shocked at the 10 million copy milestone.

The series has been running since shortly after its one-shot story debuted in Weekly Shonen Magazine in 2017. The 14th and final volume is expected to arrive in Japan this spring.

If you can’t get enough Quintessential Quintuplets, be sure to check out our previous post about Japan’s top cosplayer dressing up as all five sisters. 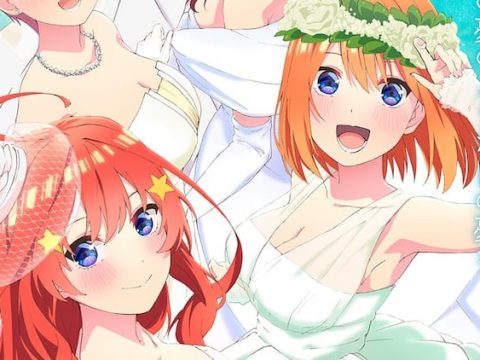