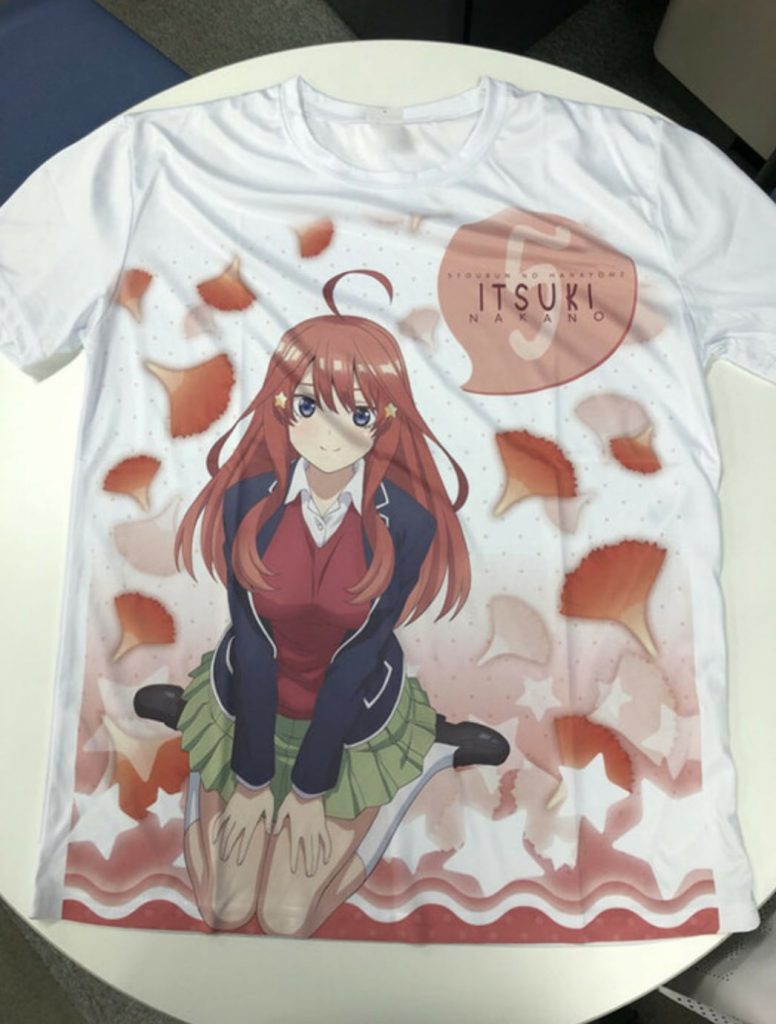 The two culprits, aged 41 and 38, had produced 50 such shirts, featuring characters from Quintessential Quintuplets and other anime. They were arrested by police in Yamaguchi Prefecture.

The quality of the counterfeit merchandise, which the pair had planned to sell online, was of “exceedingly bad quality,” said the public relations office of Kodansha, the publisher of Quintessential Quintuplets. Based on the photo, we’d have to agree.

“We will continue to take a firm stance on civil and criminal complaints,” the PR office said.

Watch out for those counterfeits when you’re shopping online, guys!

Futaro Uesugi is a second-year in high school, scraping to get by and pay off his family’s debt. The only thing he can do is study, so when Futaro receives a part-time job offer to tutor the five daughters of a wealthy businessman, he can’t pass it up. Little does he know, these five beautiful sisters are quintuplets, but the only thing they have in common…is that they’re all terrible at studying! At this rate, the sisters can’t graduate, and Futaro must think of a plan that suits each of them—which feels hopeless when five-out-of-five of these girls think he’s a loser!