Fans of Shonen Jump titles have a reason to be festive: VIZ Media is now releasing new manga chapters in Weekly Shonen Jump the same day the chapters come out in Japan. To learn more about how this works, we spoke with Weekly Shonen Jump Editor-in-Chief Andy Nakatani. He answered questions about the process of simultaneous releases, what titles are being released, if fans can make suggestions, and if VIZ might look to releasing shojo titles the same way. 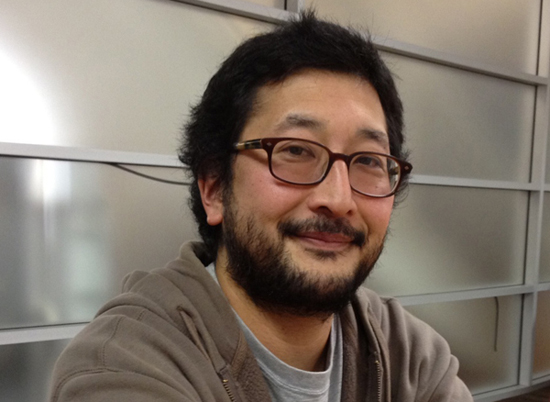 How was it made possible to release chapters in Weekly Shonen Jump on the same day they’re released in Japan? How did you work with Shueisha to make it possible to do simultaneous releases?

It’s really only possible because we’re working extremely closely with Shueisha and Weekly Shonen Jump in Japan. Pretty much as soon as the pages are proofed and finalized over there, they send them along to us, and we get to it. But working this closely with Japan is sort of a double edged sword, and we’ve really had to prove to them that we could make it happen and that we could do it with a level of quality that meets their standards. I would also say that printer technology and the adoption of digital production processes in Japan has also been a major factor in making this possible. And really, it wouldn’t happen without the hard work and crazy dedication of our editors, translators, designers, and letterers.

How long has VIZ Media been working to make this happen? Does the new schedule make your job easier or more pressured?

We launched Weekly Shonen Jump Alpha a year ago, but we were working on creating a production process for it maybe even six months before that. So this was a year-and-a-half in the making. To get more specific about the simultaneous releases, though, we started putting ourselves on a simulated simultaneous release schedule maybe three or four months ago, so that we could perfect the process and make sure that things would go smoothly when we did make the transition to simultaneous releases. We were making issues available two weeks after they were officially released in Japan, but we were already working on the issue that was about to release in Japan two weeks later. So in a sense we were dealing with three issues at a time. In that sense, things are simpler now that we only have to deal with one issue a week. But of course, dealing with a compressed production schedule and tight deadlines week after week is pretty intense. 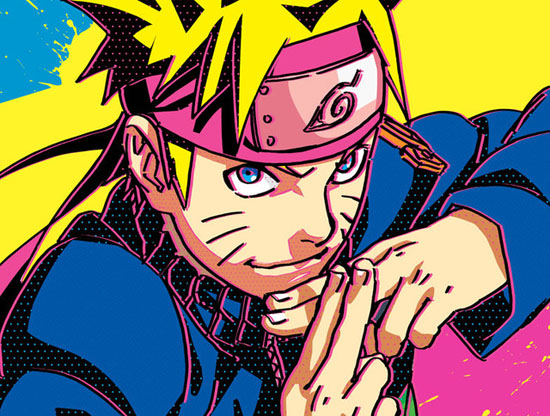 Is this move something that creators in Japan have also welcomed?

I would say so. Our January 21st launch issue includes a message from Kishimoto-sensei, the creator of Naruto, congratulating us on going simultaneous, and it also includes messages from Yusuke Murata and One, the creators of One-Punch Man. I think the manga artists in Japan are pretty conscious of their fans outside of Japan, and us going simultaneous is a pretty major step.

What titles are currently featured in Weekly Shonen Jump?

We’ve currently got Naruto, One Piece, Bleach, Toriko, Cross Manage, Nisekoi, and One-Punch Man as weekly series. And we have Blue Exorcist, Yu-Gi-Oh! Zexal, and Rurouni Kenshin: Restoration as monthly series. But keep checking back with us, because we’ll be announcing more content in the next couple of weeks.

Right now Weekly Shonen Jump is only available with same-day release in North America and Japan. Are there any plans to expand this model to other international territories?

We would love to see this happen, and I know that Weekly Shonen Jump in Japan also really wants this to become a reality. But I don’t have an answer for exactly when and how it will happen. 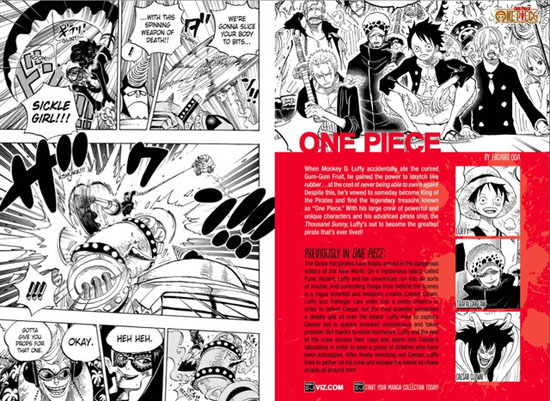 What impact do you see this move having with U.S. and international manga publishing specifically, and digital publishing in general?

Digital publishing seems to be constantly changing with new developments happening all the time. And I believe that simultaneous publishing on an international level is the ideal for Weekly Shonen Jump. So what we’re doing with same-day releases in North America is just one step towards that ideal. Eventually having an official version that is available everywhere on the same day will definitely change the landscape of manga in terms of how it’s being read and paid for. But for now, I’m really proud of the fact that we’ve taken this first step of having simultaneous releases in North America a reality.

Will this also affect how quickly the print counterparts of Weekly Shonen Jump titles come out? Are there plans to release series like Nisekoi and One-Punch Man in print?

We’ve just started doing simultaneous releases, and we’ve only done the 2-week near-simultaneous model for the past year, so we’re still tinkering and trying to figure out what the best digital-to-print model should be. We’ll be taking things on a case-by-case basis and will do different things with different series to test the waters. But if you take a look at what we did with last year’s launch of Weekly Shonen Jump Alpha, we did speed-up releases of Naruto, One Piece, and Bleach both in print and digital formats to have as many chapters available as possible for anyone who wanted to catch up to the current chapters. 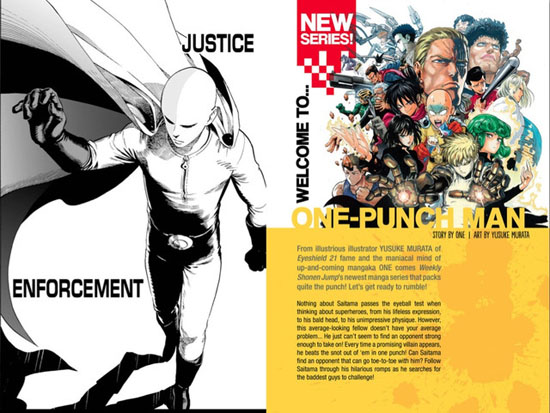 Can fans make suggestions on other titles they might like to see come out on the same day as in Japan?

Sure! People can let us know via Twitter, Facebook, write a reader comment on the current issue, or come to ShonenJump.com and fill out one of our surveys.

What can readers look forward to in the next few issues? Anything we can get fans excited for?

On 1/28, we’re featuring a special one-shot story called Kintoki by the creator of Dragon Ball, Akira Toriyama. We’ll also have an exciting announcement about new stuff that will be starting up in the issue following that.

If this launch goes well, do you think WEEKLY SHONEN JUMP might add more series to each issue?

The current launch isn’t over just yet, and over the next few weeks we’ll be making announcements about even more content coming soon. Also, the changes and improvements to Weekly Shonen Jump won’t end with this relaunch. We’ll continue to be dedicated to improving the content, improving how we deliver it, and expanding to whom it’s available.

This would also depend on how things go, but does VIZ have plans to ever bring back Shojo Beat or some similar shojo-oriented platform that could also do same-day releases?

I am hyper focused on Shonen Jump, so I can’t really make any comments on our shojo titles. But as I mentioned before, digital publishing seems to constantly be shifting and changing, so you never know what’s possible and what might happen.