If you were envious of Japan for getting a full-color reprinting of Akira Toriyama’s Dragon Ball manga, fear not, because North America is getting it, too! As announced in the most recent issue of the now-simultaneous Weekly Shonen Jump, the colorized comic is on its way to Viz’s digital magazine.

The fun starts with the February 4 issue of Weekly Shonen Jump, in which the Saiyan Saga will begin in color. It’s not being serialized in Japan, but that’s the same day the first collection hits store shelves. The full-color version of Dragon Ball will cover the Frieza, Cell, and Majin Buu arcs, with earlier pre-DBZ material to get the color treatment, as well. 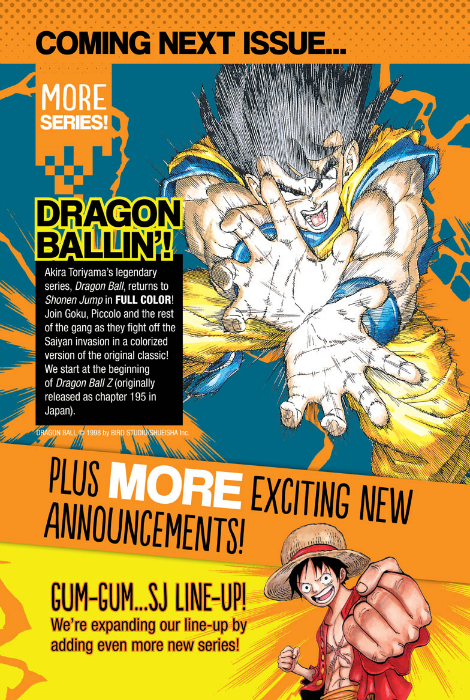