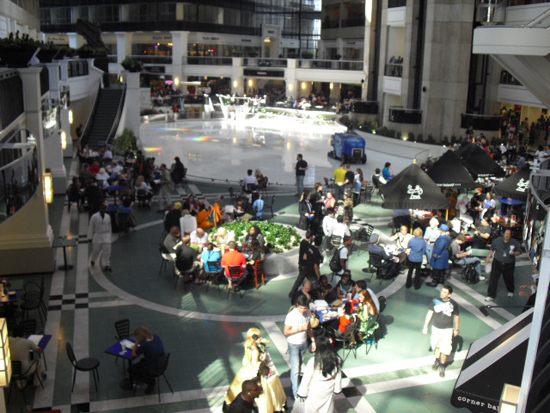 So I went to visit the longest running anime convention in the US at the Sheraton Dallas hotel in Dallas, Texas. After 22 years, Project A-kon continues to grow in terms of attendance, with over 17,000 pre-registrations and over 3,000 3-day memberships at the door. The thing is… this may not necessarily be a good thing for the convention in its current form.

That’s not to say there aren’t good things about Project A-kon, because there certainly were this go around. I have to start with registration… mostly because EVERYONE starts at registration; otherwise, you can’t get into the con. Fortunately, this team kept the pre-reg lines moving and I was done in under an hour, which seemed to fly by. Over the course of the weekend I managed to check out some good panels, primarily the ones catering to anime. As the event has become the primary one for all things geek in the state of Texas—including sci-fi, comics, and fantasy—anime-oriented programming seems to take a side step to accommodate other fandom genres. Still, there were some informative panels put on by Funimation, Viz Media, Anime Midstream and Aniplex about their various products destined to empty fans’ wallets in the near future. 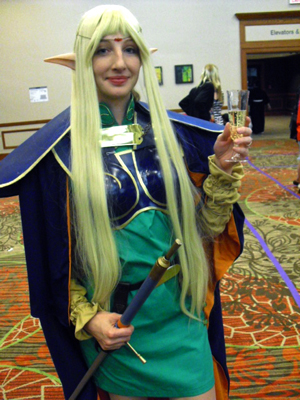 In addition, I got to learn a good bit about anime history and general fandom from some of the guest panels. Manga translator and former Raijin Comics head Jake Tarbox gave a pretty cool comparison between cosplay fandom and American sports enthusiasts. Also, the voice actors’ cold reads run by Kyle Hebert, Amy Howard-Wilson, Cherami Leigh and Clint Bickham was pretty fun to listen to. I think my favorite of the weekend, though, was given by author Helen McCarthy, who educated attendees about… the celebrity mangaka, novelist, journalist and songwriter who inspired Osamu Tezuka to become the “God of Manga” anime fans regard him to be (as McCarthy’s book on Tezuka might attest). He was a very fascinating man to be sure.

I also managed to take in other fun aspects of Project A-kon. A trip to the video game room at an extension called Plaza of the Americas in a nearby Marriott was pleasant and easy enough to accomplish. I checked my I.D. for a console controller and proceeded to play a few games (unfortunately taking a severe beating on the newly released Super Street Fighter IV Arcade Edition in the process). No muss or fuss each time I went to play. The food court at the bottom of the Plaza was convenient and reasonably priced for an average con attendee.

Another bright spot included Anime Hell, an anything-goes multi-video show which features crazy stuff from the US and Japan. Highlights for this installment included unintentionally funny safety films, a crazy episode of Hard Gay (aren’t they all?), a hug from Hell Nurse Katie (JOY!), and a ’50s animated Camay commercial… after which (mostly male) contestants from the audience attempted to imitate the Camay seductive walk for a prize… eventually won by Crow T. Robot of MST3K fame. You… just had to be there. Speaking of multi-video, I managed to take in one of the AMV showings (dubbed “The Masters”) which featured quite a lot of good material. I’ll probably see a lot of these at other convention contests as well before searching for them on animemusicvideos.org, but it was good to see them at this show. A few which struck me were a shonen-ai styled Naruto video, a touching tribute to Satoshi Kon, an interesting one about Carl Sagan, a screwed up School Days vid and a kick-arse High School of the Dead piece. Not sure which works won in this 4-hour event but it was never dull to say the least. 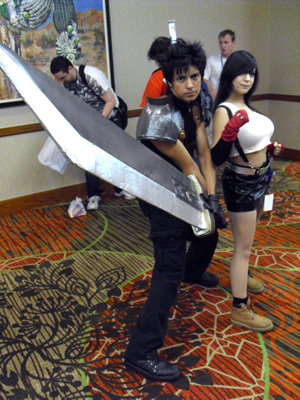 So right about now you’re thinking I had a totally fun time from reading this and you are trying to understand what misgivings I might have about this con from the first paragraph. Well, recall that I said an estimated 20,000 people in total came to this convention (though this was before official numbers could be announced as of press time, and this figure could be higher [the final tally is 18,447 – ed). This is the number of people getting into a single hotel and an extension at the bottom of another hotel. The space in question is not equivalent to a convention center and as such crowding issues can, and did, ensue.

Case in point: my friends and I checked into the Sheraton on Thursday and went out to get groceries for the weekend. When we came back we were told the parking lot was full but we could park at a lot a block away if we wanted to come to the event… even though we were already checked in guests paying for parking. Eventually we finagled our way back into the parking deck but were advised not to leave at all for the entire weekend. This was rather annoying to hear as we were driving a rental car and were paying guests with a view from a high floor of a hotel parking deck right below us that wasn’t being used at all. Mind you, this was Thursday and the con hadn’t started yet, so I could just imagine what anyone arriving over the course of the weekend might’ve had to endure. I guess the train systems were decent alternative means of travel, but I personally had to deal with a taxi one day that never materialized for where I needed to go, so I’m not totally endorsing Dallas’ transit systems.

Parking issues aside, it was also a bit of an adventure to get back to our rooms during the con. Since we were in the upper double digit floors, walking back upstairs wasn’t really an option after a long day of walking around the event. So instead folks had to play the game of ‘waiting for the elevator’ and only got lucky after working their way into a car. Fortunately, the hardworking Kon Patrol folks eventually came and helped out with managing attendees into elevators from the first and second floors, but it was still an adventure as the hotel was about to burst with so many people. At the closing ceremonies, someone mentioned that A-kon would be seeking a bigger venue after next year’s event, but it’d honestly beneficial to see about doing so for next year, as well. 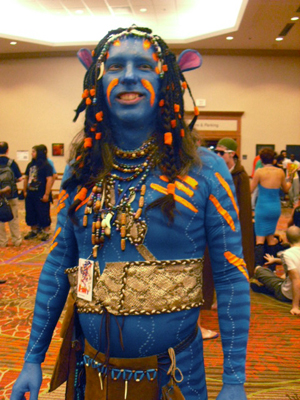 I also had to question room placement a couple times. For example, if one of the biggest and most active anime importers is in your hometown, you might want to give them the biggest room to do announcements on a busy day like Saturday, instead of waiting to give said company a big room on Sunday when not nearly as many folks are attending.  You accommodate all who want to hear from said company and make your own event look good in the process. Win-win situation. Also, a bigger room probably would’ve helped the Team Ninja people present their new Ninja Gaiden game to the MANY people attempting to get a glimpse of it.

Still, the convention seems to work for a lot of people as a party con where folks come and have fun and dress crazily. As long as the attendees are entertained, that’s the important thing. From the general atmosphere, people had a good time, particularly when they went to the rave and to see the J-music bands Blood Stain Child and D perform. I guess this year’s show can be considered a success in that regard as well as others. No convention is perfect, but sometimes a few improvements can put a decent show closer to that level. Hopefully the organizers will take that into consideration when preparing for next year. On the other hand, timing the show to coincide with the Dallas Mavericks winning their first NBA Championship may be a sign that Project A-kon is meant to be a big time event where folks can go wild…