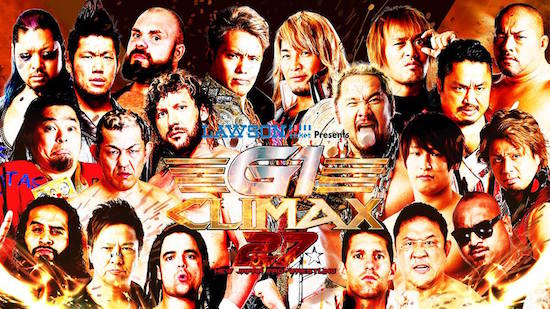 First, catch up on any action you missed!

The 27th G1 Climax may have come to a close, but our collective praise for this year’s legendary tournament will never end. It will be passed down through the generations. And as the young ones huddle around a fire in the wasteland, the elders will speak of one thing above all else:

So slip on your finest speedo and polish those boots, because the ceremony is about to begin…

Most in Need of Some Junk in that Trunk… 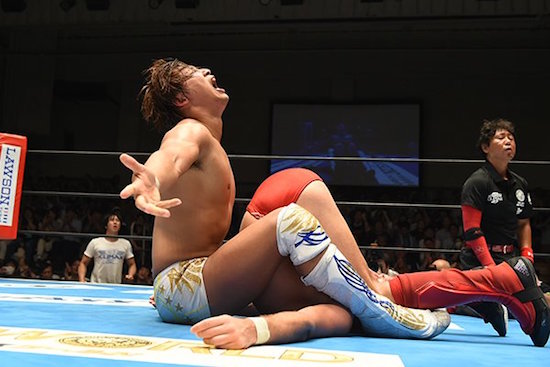 Zack Sabre Jr. needs a new butt. Him walking to the ring brings to mind the image of an old man wandering the halls of a rest home in his sagging briefs. The fact that he manages to do this while wearing a pair of the tiniest of speedos is why he is the first to take home a statue this evening.

Most Closest to a Self-Inflicted Death…

Kenny Omega wanted to hit a moonsault off the guardrail in his bout with SANADA. He does it all of the time. Only this time he landed on the top of his head. I’ve watched all 91 tournament matchup, and while many dropped others onto their heads, only one dropped himself. 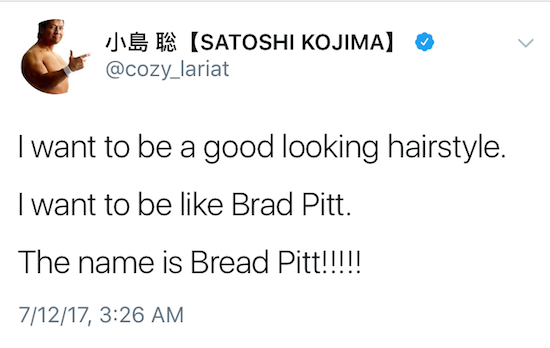 Satoshi Kojima is adorable. Not just that, he’s the Most Adorable. Here, here’s an award for being adorable.

Most Likely to Be the Actual Devil… 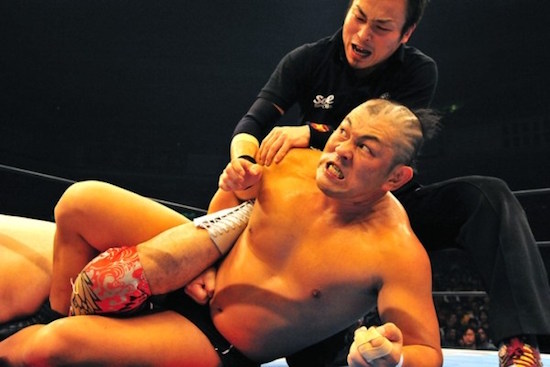 Minoru Suzuki, I only dare utter his name but once, lest I find myself gazing into the eyes of the beast.

Most Reminds Me of a Potato… 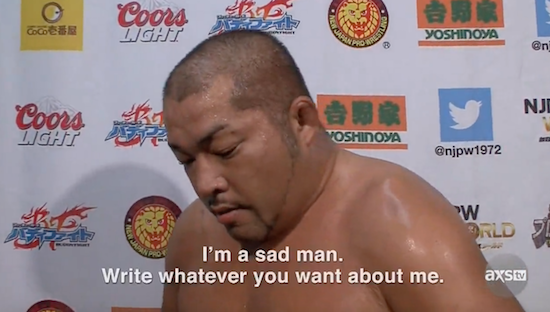 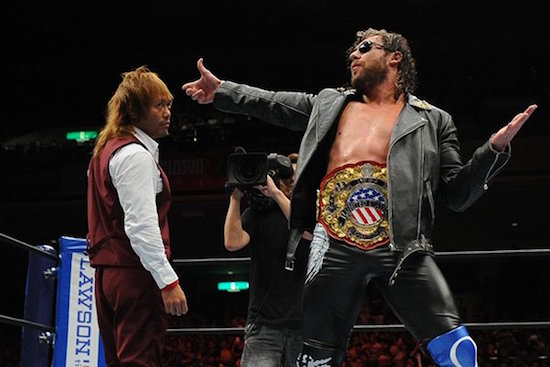 Kenny Omega is great at many things, but hair has never been one of them. From his golden perm in DDT to that multi-rattail thing he had back in June, he’s bad at hair. Anyways, it’s not so awful anymore, so let’s give him an award. 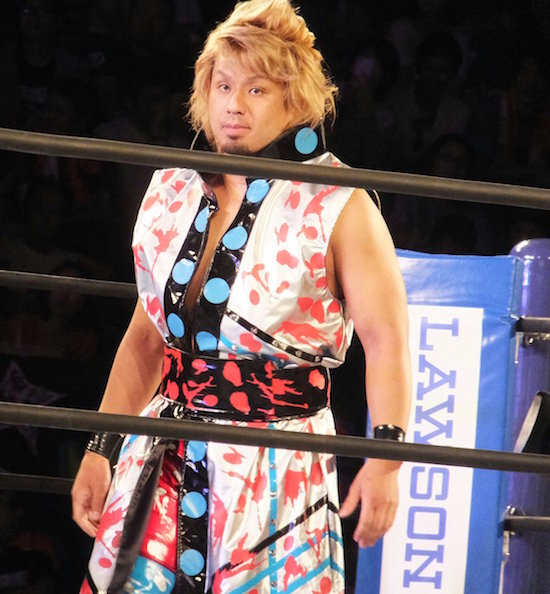 YOSHI-HASHI is a danger to himself and others. Atop his head sits a brush fire waiting to ignite. One that would consume him, and all those with much less terrible hair around him. Think of this less as an award, and more as a warning. 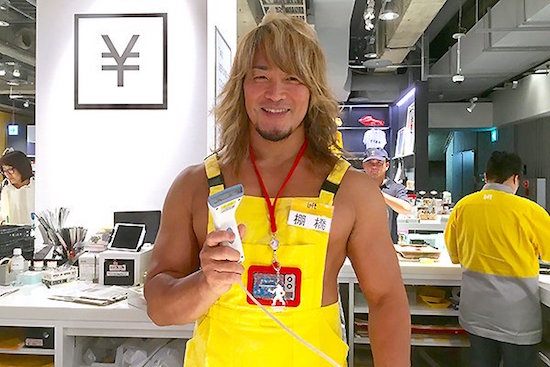 Hiroshi Tanahashi, what can I say other than lord let me die and come back as a hair roller belonging to this man. May my next life be one spent curled in the sweet smelling silk that flows from his scalp like honey from a— — 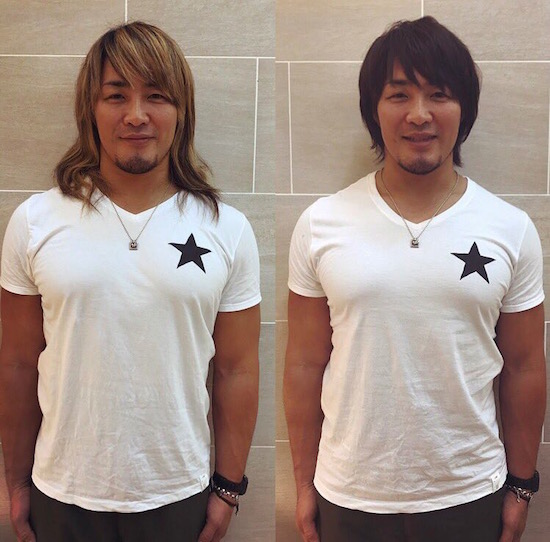 What have they done to my boy, my beautiful, beautiful boy?!? Wait, this was his own doing? If it were up to me, I’d be demanding the immediate return of his statuette. But according to the rules as set down by the voting committee, Tanahashi is being awarded for his hair “at the time of the 27th G1 Climax itself.” So he walks away a winner, a trail of gorgeous hair and betrayal in his wake. 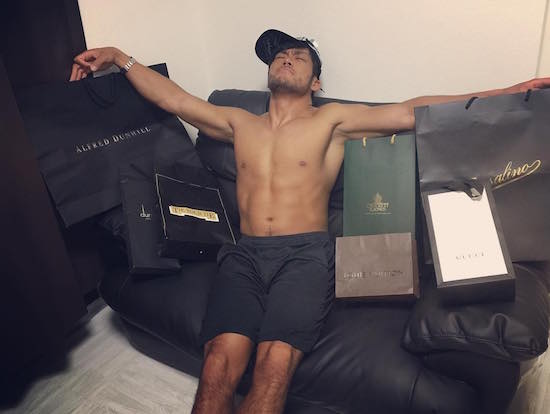 SANADA = symmetry, definition, and an award for having the best bod around. Could one ask for anything more? Why yes, you could… 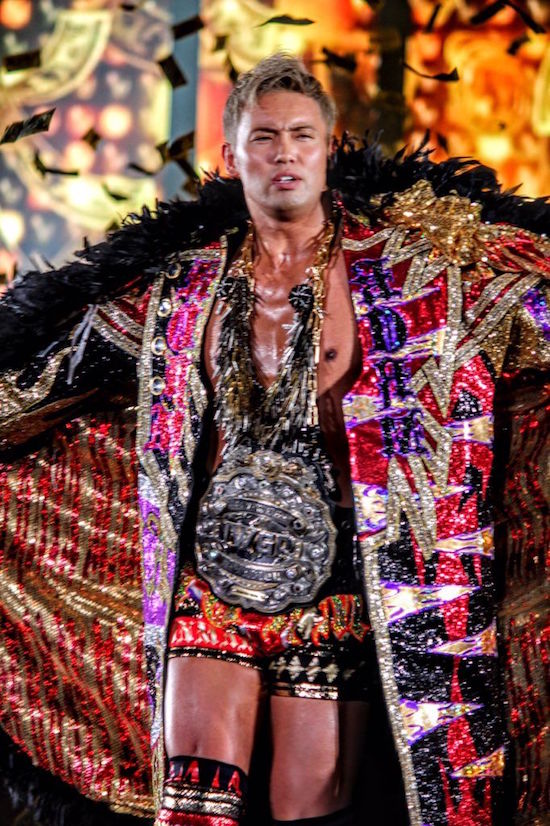 For our next recipient, allow me to slip on this sweatband and leotard as I sing a very special rendition of Jermaine Jackson’s (Closest Thing To) Perfect:

Look at that anatomy

The sweetest thing that could ever be

Heaven knows, Kazuchika Okada was made for me

He’s the closest thing to perfect that I’ve ever seen.

Yes, the closest thing to perfect that I’ve ever seen, Kazuchika Okada is the Most Beautiful Overall to me. 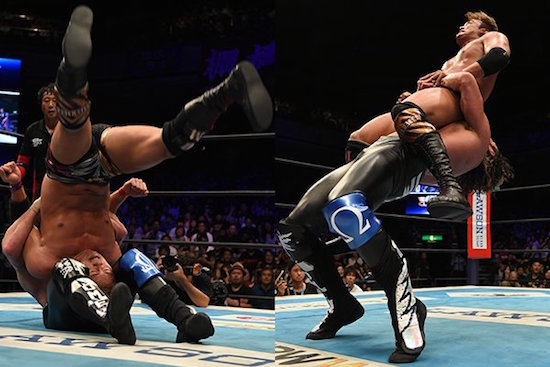 I could be the cool guy, and give this to Naito/Omega — the two wrestled as if they were trying to summon the old gods. But I’m not the cool guy. I’m giving it to Omega/Okada 3, like every other dork. Sorry not sorry. 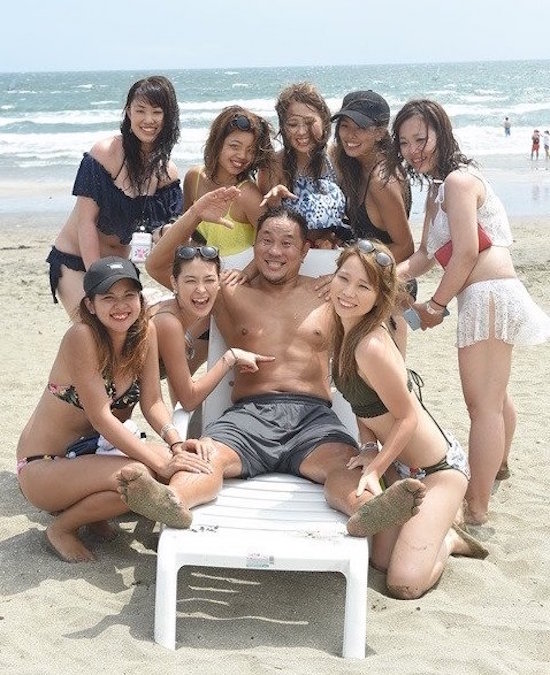 Yuji Nagata further proved a belief I’ve long held: old man wrestlers are the best. The so-called experts will tell you that a wrestler peaks at 33/34; I say 47/48. At 49, Nagata may not have won many matches this tournament, but he did something better: he won our hearts. All but one of his bouts this G1 could be categorized as “excellent.” Even Okada and Omega couldn’t manage that feat.

So while your body may sag and your back may hurt, we salute you Mr. Nagata. Salute you, and name you as our 2017 MVG1CP.

Kota Ibushi has run down opponents with a truck, run them over with a rickshaw, and dunked them into a barrel of boiling liquid. But none of that compares to the top rope piledriver we saw this G1, or the German suplex off the ropes, or simply driving a man into the ring post head first.

And that was just in his match against Tetsuya Naito.

Ibushi, sir, for your continued efforts to cause the first ever death in G1 Climax history, we present you with this, our highest honor.