What a week for publisher turn-out! Just about everyone came out to play with over a dozen new books to line our shelves. 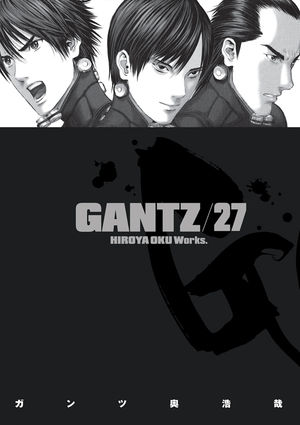 Fantasy and fear starts us off with Dark Horse’s two on-going titles. In Bride of the Water God (Vol.13), the goddess Miura continues her vengeful plans against Habaek and his human bride, Soah, in attempts to separate them. Going for the direct approach, she confronts Habaek upon Cheong-Yo Mountain where she has the advantage.

Gantz (Vol.27) is trouble on a global scale when a mysterious ship appears in the sky and decimates the planet’s strongest military force. The Gantz team comes together to try and battle the enemy but find themselves quickly overwhelmed. To their surprise, however, suddenly they’re all let go! Are the characters finally free of their service to Gantz or is it just a sign that the world is doomed either way?

In Animal Land (Vol.07) and Arisa (Vol.10), both from Kodansha Comics, it’s secrets revealed time as some long awaited explanations finally come to light. In Animal Land, a notebook appears that has information pertaining to the last humans remaining there, while in Arisa, Tsubasa’s twin sister has become the target of the current King for her betrayal, but it’s Tsubasa who falls into a trap that may make the truth about King Time the last thing she ever hears. 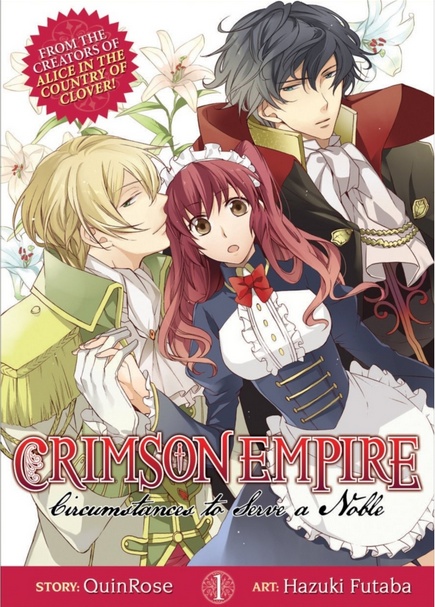 Seven Seas has this week’s first of two debuting series with Crimson Empire: Circumstances to Serve a Noble (Vol.01). Lengthy title! Crimson Empire is written by the same author as the Alice in the Country of Hearts books, but Quinrose takes a break from Wonderland to explore a different kind of fantasy world and follow a young woman named Sheila. Having spent her life training to be an assassin, Sheila is ready for her dual role as servant and bodyguard to the kingdom’s Prince, yet finds herself hopelessly unprepared to deal with the many suitors out for her hand when she arrives.

A story about a female assassin sounds really neat, but after reading Alice in the Country of Hearts, I wonder how much the reverse harem aspect is going to overshadow what could be a cool premise. Will we see as many slayed bodies as we do slayed hearts? I suppose we’ll have to wait and see. 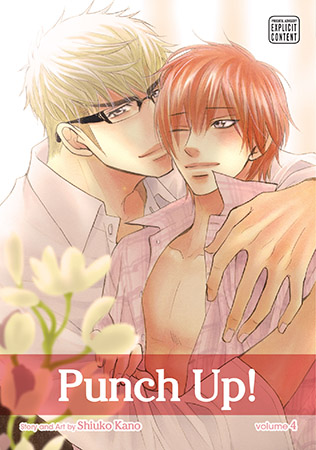 SuBLime meanwhile is completing a series with volume four of Punch Up!. As an interesting if not frustrating plot twist, Kouta is injured at work and as a result loses all his memories from the past four years. With time lost and only a book left, the couple does the only thing they can: They start over! The amnesia trope may be less common than the classic cold—you know, the one that seems to lay every romance manga character on their backs eventually—but I’m sure it’ll prove no less a benefit to this relationship, even if there is a little rinse and repeat needed.

Vertical Inc. delivers up another dose of their own brand of romance with Flowers of Evil (Vol.05). The recently aired anime adaptation seems to have caused quite a stir, so be sure to check out its source material before it’s too late. This twisted tale follows a young man torn between his love for a classmate, and the sadistic whims of another girl who blackmails him for stealing his crush’s gym uniform.

Elsewhere there are bigger fish to fry in Knights of Sidonia, as the pilots defending the human colony face a new threat whose different tactics and ferocity make it unlike those they’ve fought before. Rookie pilot Nagate Tanikaze doesn’t plan to let that stop him when his squadron is in danger, though, regardless of what the orders from on high say.

Viz Media’s newest volume of X seems to have shown up a few weeks early, no doubt to the delight of fans enjoying this polished new look at CLAMP’s classic apocalypse story. In this fifth volume, all the pieces have gathered on the board as the Dragons of Heaven and the Dragons of Earth prepare for their inevitable final confrontations to determine the fate of their world. It’s been really fun and nostalgic re-meeting all these characters so many years later, even if most of us know how it’s going to end. Sort of.

Yen Press has a number of reader favorites this week with fan service for the guys, girls and anyone who enjoys some fun stories with eye-catching art. And zombies, among other things. 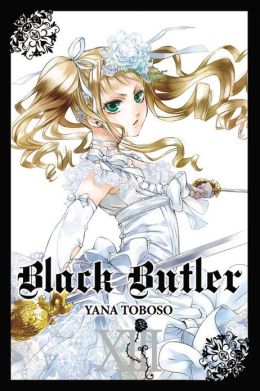 Just such things await us in the newest volume of Black Butler, which in this humble writer’s opinion has really improved in the last couple of books. In Black Butler (Vol.13), Ceil and co. are still trapped aboard the sinking ship with hundreds of zombies attacking those who remain on board. While the aristocrats fight for their lives, some surprise allies step up to assist Ceil and Sebastian in their efforts to solve the mystery of what lead to this chaos, and then even the demonic butler is caught off-guard by the plot’s true puppet master.

Bunny Drop (Vol.08) delivers more slice of life chapters about the growing Rin and the man who raised her, Daikichi. Things are quite a bit different now than they were when we were following the story of a single man raising a young child, but there’s still no shortage of trials to overcome. Now having met her Mother, Rin feels she’s come to terms with her past and is enjoying being a big sister. Romance seems to be on everyone else’s mind, including the continued advances of her childhood friend, Kouki, and another classmate. The biggest surprise, however, comes from Rin’s own feelings which she realizes are skewing towards… Daikichi? The long talked about and debated ending of Bunny Drop is finally coming upon us in this second last volume. 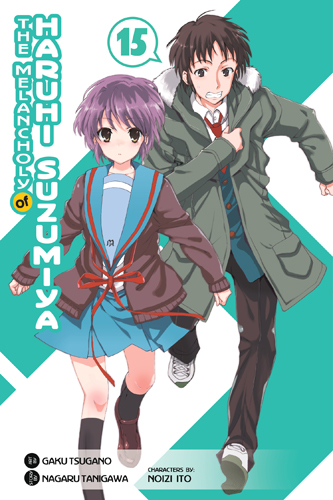 The second new series starting this week is Doubt, which Yen Press is releasing in omnibus volumes. The story will seem a bit familiar to those who’ve read their recently released Btoooom! as both stories follow a group of individuals kidnapped and forced to play out deadly real life versions of games they enjoy. Just as Btooom! was a perfect name for a series about bombs, Doubt is the perfect name for a story where the game is played by trying to figure out who is the ‘Rabbit’: the person in this group of terrified, warehouse-sealed teenagers who is actually the culprit behind their imprisonment and the murderer of their friend.

Then in The Melancholy of Haruhi Suzumiya (Vol.15), what begins as your fairly average scavenger hunt becomes much more when the SOS Brigade is involved, as per usual. Kyon has come to expect all sorts of strange things from this group consisting of an artificial human, time traveler, esper and reality-altering force to be reckoned with. And yet, despite all that, what he witnesses in this particular volume still catches him off-guard. Many of the things his friends have done weren’t exactly walks in the park, but never have they seemed so dangerous.