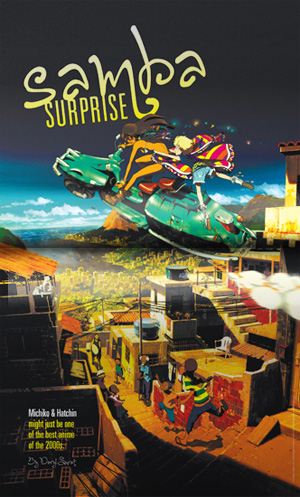 Michiko & Hatchin should have been a bigger hit in Japan, and it should have been on Cartoon Network’s Toonami anime block years ago. Just look at all the winning components! It comes from Manglobe, the studio behind 2004’s Samurai Champloo. It features Champloo and Cowboy Bebop director Shinichiro Watanabe as music producer. As if those weren’t enough reasons, Michiko & Hatchin is directed by Saya Yamamoto, who either popped tops or left heads shaking in the end, depending who you ask, with Lupin the Third: The Woman Called Fujiko Mine.

Daryl Surat digs into some of the reasons why Michiko & Hatchin isn’t just the best thing to come out of Manglobe, but one of the best anime works of the 2000s, throughout his feature in the latest issue of Otaku USA magazine.

It may not be the perfect time for Michiko & Hatchin to strike, but at least it’s striking at all. That’s as good a reason as any for anime freaks (and others who watch anime) in North America to finally check it out. For more information on the series, from an overview of its plot to a look at its Brazil-modeled setting, be sure to check out Daryl’s full feature in the June 2013 issue of Otaku USA. 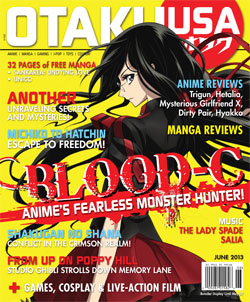 Read our full story on Michiko & Hatchin, in the June 2013 issue of Otaku USA Magazine. On sale now, it also includes in-depth coverage of Blood-C, From Up On Poppy Hill, Shakugan no Shana, and more of your favorite anime and manga.