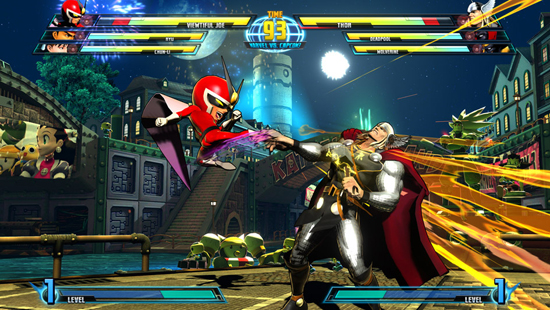 It’s a Wednesday night. A group of young women are dressed for a night on the town, when suddenly they spot a warehouse, a long line, guys in suits guarding the doors, and thumping techno music. Looks like a special club event’s snuck under the radar and could be the makings of a spontaneous night on the town! The women make it through and the bouncer at the door lets them in without hesitation—after all, they’re hot—but to their horror, the interior is nothing what they expected: A mass of sweaty nerds in a dimly-lit room, huddled around the wall-to-wall videogame cabinets while speaking of Pringles and “Curleh” Mustaches. They realize this is far from the exclusive den of cool that they believed it to be: This was a total nerd-fest. If they were caught dead here, they’d hear about it on their Facebook friends list in the morning. The only thing on their minds now—aside from the guy in a sweat-drenched Hulk t-shirt that was eyeing them from across the room—was how to escape… 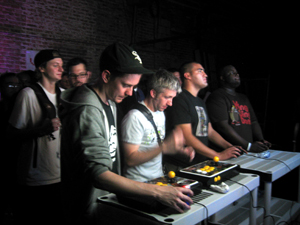 The punchline of that intro is that I’m not making this up; the plight of the group of women was actually witnessed by several people, me included. (If any of them are reading this, I’m glad you made it out alive.) But really, that’s just the simple description of Chicago’s first ever Capcom Fight Club event. The last mention of the series of public events was back in April when Capcom held one in Los Angeles, providing an open demo of Super Street Fighter IV. This time around, the event was devoted to the forthcoming Marvel VS Capcom 3: Fate of Two Worlds. While this was in the wake of the announcements of Spider-Man, X-23 from X-Men, Tron Bonne, and Wesker from the Resident Evil franchise being added to the roster, the build of the game that was available that night was fresh from Tokyo Game Show. This didn’t deter people from gorging themselves on the playable line-up, including Thor, Street Fighter’s Chun-Li, and Amaterasu from the Okami series. While I wasn’t the biggest fan of Marvel VS Capcom, the sheer suddenness of this event happening so close to home was more than worthy of hauling arse over from Milwaukee with some friends during a school week. (I ended up only getting four hours of sleep that night. I regret nothing.) Because come on, when was the last time Capcom paid a visit to the Midwest? 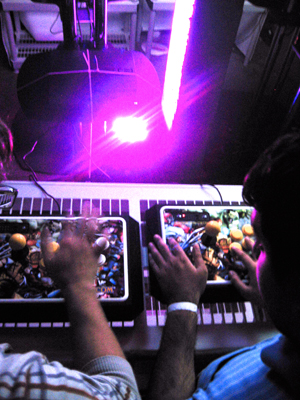 “What we did in the beginning,” said Capcom’s Community Manager, Seth Killian, “was piggyback some of the community stuff on something else we’d be doing. If we were in New York or LA… we’d try to throw a community party on top of it because we had equipment there… so the costs, frankly, were easier to manage. But going across the country to do a stand-alone event is harder, so it took us awhile to get the guts up to come to Chicago. Because we were like, ‘Well, we don’t know what the response is going to be like/we’ve never done anything there/etc.’”

Much to his and everybody else’s amazement (and perhaps relief), the turnout for the Fight Club was immense. Even though it was during the week and running to an ungodly hour, the turnout was that of 700+ people, some of whom were waiting as early as noon that day to get in. Well, for that and special wristbands that would grant 300 people access to some exclusive swag. In the words of Keits, a top player from my neck of the woods (who some readers may remember from my piece on this year’s Midwest Championship), there was nothing but smiles all around.

We had a rep from the Female Gamers Alliance walking around with a Servbot head for a sort of photo petition for Mega Man Legends 3 (How happy she must have been a few weeks later…) and even some top notch Dante and Tron Bonne cosplayers. In spite of this, there have been some accusations of the Fight Night being “totally” disorganized. In my eyes, aside from the wristband handout going somewhat awry and some impatient idiots who tried to rush the door and screwed up the line, it was a tight ship. Lending itself to this was the deployment of actual proper bouncers who ran it like a proper club event, right down to the pecking order of people to be let in. There were some complaints about this from the people who’d never been privy to this kind of experience, but when you take into account the motives of said impatient jerks—including a guy who insisted on cutting into the press line—I can’t help thinking that it was more than necessary. 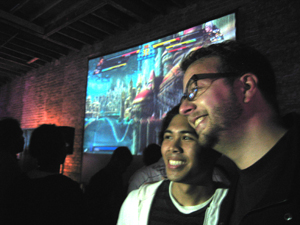 As for the game itself, it actually surpassed my expectations. I’m not saying that out of fluff, either, I really did have a very low set of them coming into the Fight Club. It wasn’t so much lack of appreciation for the graphics and roster than it was bad memories of attempting to play Marvel VS Capcom 2 and being utterly “rofflestomped” every time. That in mind, you can imagine my reluctance to even step into the arena that night, but it appears that somebody called ahead and let them know I was coming as this game boasts a “Simple” Mode. Think of it as the mode in Bayonetta where you only need to press one button; out of the six-button layout, you’ve got your three main attack buttons, a Combo button that allows for easy access to Aerial Rave attacks (aka The Air Attack Strings That Will Keep You Up There Forever If Done Right), and quick access to the character’s Supers. Thanks to this, I came ever so close to massacring one of my more seasoned friends! While I doubt this will be available for online matches, it’s a fun—and in my case, welcome—addition, but it’s sure to get its share of detractors.

According to Seth, the keyword with MvC3 will be accessibility, something that some people feel was missing with its predecessor: “With MvC3, it’ll be more of a level playing field and we’re hoping to find ways to sort the players and make sure you have a good experience with more people at your level.” Simple Mode aside, even without it, I had an absolute blast, the feel of the gameplay to me being a meatier version of Tatsunoko VS Capcom, the previous iteration of the Capcom VS Series. According to Keits  the favorite of the night seemed to be Amaterasu (already nicknamed “Ammy”) who, while being fun to use, has the potential to be one of the roster’s morentricate characters; I’ll be expecting to 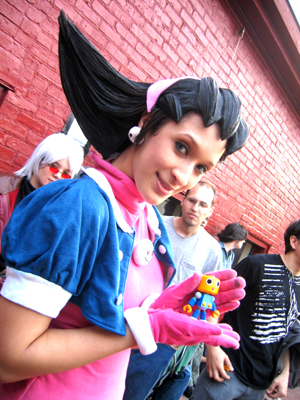 i see a lot of her online.

Overall, this was a successful event, especially for it being during the week and how long it ran until. There are already people who are clamoring for Capcom to host a release night event for Marvel VS Capcom 3 in Chicago because of how much fun they had. I found myself meeting a ton of great people, a newfound interest in the game itself, and a collection of Capcom shot glasses… which leads to my only gripe of the event: I did not get my Ghosts N’ Goblins shot glass. Instead, I got Mega Man, Cody from Final Fight, and two Ryus, one with a misprinted Final Fight logo on it. I was quite depressed.

Special thanks to Seth Killian and Keits for taking some time out to talk about the event! For a great detailed breakdown of the demo build we were playing, check out Keit’s article on Shoryuken.com. 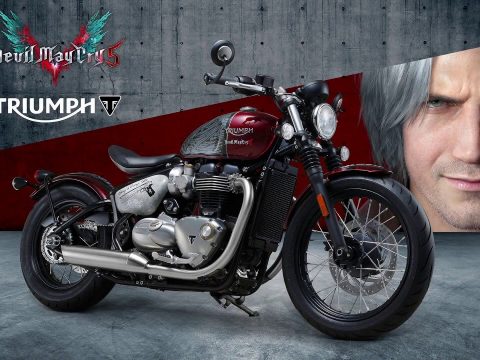 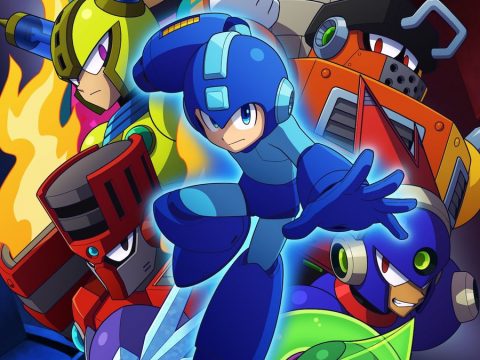