New Lupin Hits Italy In May, Japan in Fall 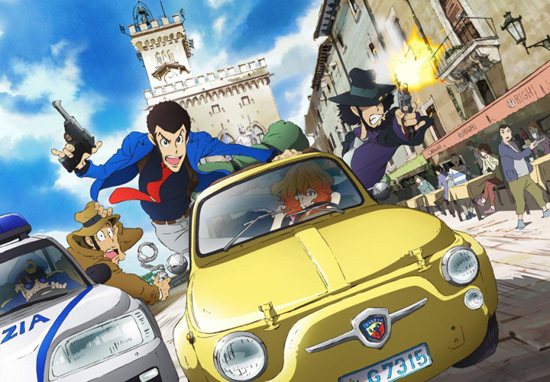 Some new details on the upcoming Lupin the Third anime series have hit the net, and one piece of information in particular has got us pretty pumped.

The series, which was first announced back in October, is the first main Lupin TV series since 1985, and is both set in and co-produced with Italy.

As such, it’s now been revealed the show will premiere first in Italy this May before coming to Japan in the fall. Mio Dio!

The other piece of news – the one that’s got us firing up the classic Lupin soundtracks and dancing around the office – is the announcement none other than Yuji Ohno, composer of most Lupin soundtracks from the second “red jacket” series and the instantly-recognizable Lupin theme – is back to score the new series.

It’s fair to say Ohno’s tunes, which were absent from Fujiko Mine, Jigen Daisuke’s Gravestone and the live-action film, were sorely missed, and we can’t wait to see what he cooks up.

View all posts by Matt Schley
Johansson: Ghost in the Shell is Really Happening
Madman Unleashes a Flood of English-subbed Trailers