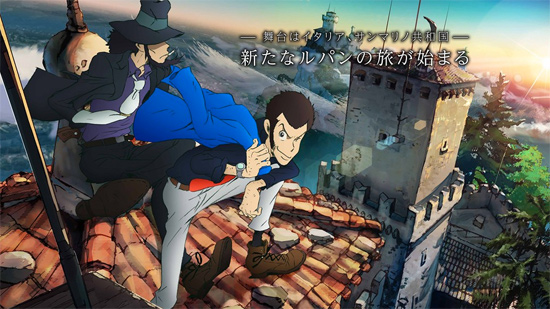 With a live-action film, Takeshi Koike-directed special, and a Castle of Cagliostro rerelease, we had dubbed 2014 the “Year of Lupin.”

Turns out we might’ve been off by a year.

2015 will see the debut of a new Lupin III television series – the first series to star Lupin since 1985.

The series, which was announced at entertainment industry conference MIPCOM, will both take place in and premiere in Italy, where Lupin is practically a household name.

The key art unveiled at the conference shows Lupin and Jigen on top of a European rooftop, with Lupin clutching a blue jacket. In the previous three Lupin TV series, Lupin wore a different color jacket: green, red and pink, chronologically. It’s likely fans will dub this new project the “blue jacket” series. The official name has not yet been announced.

A second piece of artwork shows Lupin, Jigen and what looks like Fujiko being chased in their iconic Fiat by Inspector Zenigata. 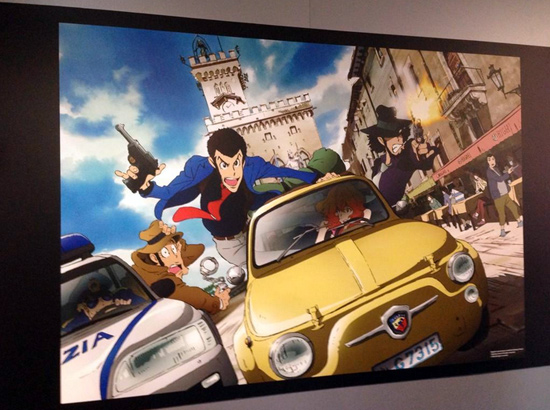 The crew for the series was also announced: Kazuhide Tomonaga, who worked on Castle of Cagliostro and Mystery of Mamo, will serve as chief director, while Yuichiro Yano (Moyashimon) will direct. Yuuya Takahashi (Daisuke Jigen’s Gravestone) will serve as screenwriter.

The newly-opened website for the new series contains messages from the crew, as well as Lupin creator Monkey Punch.

Chief director Tomonaga: “The Lupin we watched for the first time forty years ago was way different from the kid-centric animation that had come before. It had a huge impact on adult fans. For both those who remember that series and those who don’t, I want to create an exciting anime with both real and fantastic feeling. I want to make a Lupin where the hardboiled, comical, cool and nonsensical all work together.”

Director Yano: “At any rate, the characters in this series will move around speedily. I want to draw the characters with a mischievous, fiery passion. We want to combine old and new techniques to make a interesting hybrid mix, like combining the rough, powerful thick lines of old with thin, detailed lines in other parts. It’ll be cool, cute and sexy. I think it’ll have a very distinct charm.”

Screenwriter Takahashi: “Lupin: a immortal series with a long history. A timeless, never-changing Lupin, and on the other hand, a Lupin for this generation. Two themes that initially appear incompatible, but that can work together thanks to the limitless charm of Lupin. With that challenge in mind, we’re sending Lupin into the world on a great new adventure.” 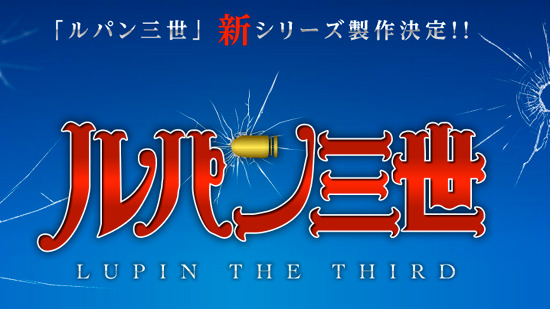 Producer Yu Kiyozono: “Over the last few years we’ve done the spinoffs The Woman Called Fujiko Mine and Daisuke Jigen’s Gravestone, but now for the first time in a long while, we’re putting Lupin at the center.

Who is the Lupin of today? It’s something we’re currently grappling with. Do Lupin fans, or even Lupin himself, know the answer? I can’t say.

Looking back at the path laid by Yasuo Otsuka (the director of the original Lupin series), we’re aiming to make a 100% pure Telecom [Telecom Animation Film] animation.”

We can only speculate at this point, but it sounds like this new series might be aiming to strike a tone somewhere between the comedy of the TV specials and the hardboiledness of Fujiko Mine. We’re definitely excited to see where this goes!

– Lupin the IIIrd: Daisuke Jigen’s Gravestone Review
– Lupin III (2014) Live-Action Review
– So, Which Lupin the Third Anime Should You Watch Next?
– Lupin the Third: The Woman Called Fujiko Mine
– Lupin The Third vs. Detective Conan The Movie