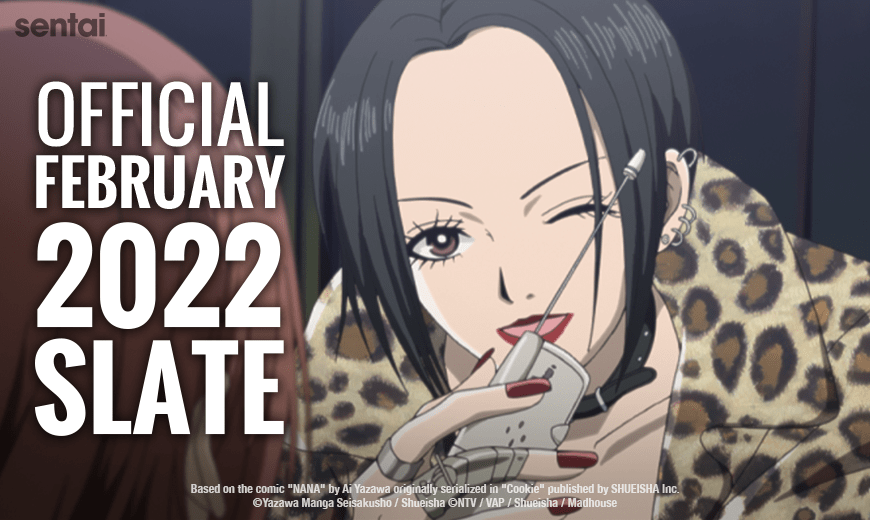 This year Sentai Filmworks both acquired fan-favorite anime NANA and made it available to stream on HIDIVE both dubbed and subbed. The home release is coming next, and it was just revealed that the series will come out on Blu-ray on February 22, 2022.

According to Sentai, the release will have all the episodes, have both a dub and a sub option, and amount to 1250 minutes. They gave this description for the series:

“It was an accidental meeting. Two strangers on a train, with nothing in common. Besides being girls of a similar age, both journeying to start new phases in their lives, and sharing the same given name, that is. Nana Komatsu, moving to be closer to her boyfriend, may be too innocent to make it on her own. Aspiring musician Nana Osaki is well-versed in scrabbling her way back up after life kicks her in the teeth. But Osaki has never experienced the warmth of family that Komatsu exudes, so while they seem as different as the symbols for Yin and Yang, they also balance each other. That’s what the best of friendships do. Through good times and bad, this is the story of that friendship, and of two girls who discover that they share far more than just the same name – NANA.”

The original manga series NANA was created by Ai Yazawa, and is published in America by VIZ Media.

Have you checked out NANA, and are you interested in getting the collection?