Monster Men Bureiko Lullaby is one of the strangest manga you will ever read. It’s also one of the most filthy, depraved and disgusting comic books available in English. Not a page goes by without some form of penis gag, and the contents in general will probably make most readers physically gag. The title story alone isn’t so much a coherent narrative as it is a collection of crude shorts vaguely strung together by the monster man himself, his body taken over and flipped upside-down by his powerful, autonomous penis.

So why can’t I put it down?

Maybe it’s the energy that Takashi Nemoto slathers on every page. Or maybe I have a similarly dirty mind, I won’t rule that out. Either way, I suspect the general reaction will mirror that of the female insurance agent that enters the cartoonist’s home on page one. Curious about his work, he shows her the very book I’m writing about right now, and by the time the final page is turned, she’s ready to send this animal to Hell.

If you’re not ready to send Nemoto to Hell yourself after the first few pages of Monster Men, then the experience should be smooth sailing, relatively speaking. It’s a page-turner in the most primitive sense, because each page seems impossible to outdo as far as foulness is concerned. Wily rascal that he is, though, Nemoto tops almost every single page until the book closes, and does so with a genuine disregard to whether or not the reader is offended.

Making things messier is his heta-uma (bad but good) style of art, though Nemoto says in an included interview that he considers his style heta-heta. The chapters that make up Bureiko are the epitome of this; an unplanned, off-the-cuff, straight up rude dude comic that just happens to have a beginning and an end. It’s like peering into the abyss of a bored student’s notebook, margins filled from top to bottom with doodles guaranteed to make their nearest neighbor flail as they stifle perverted giggles.

The cover and title of this collection may prominently feature Bureiko, but the real star of this book is Takeo, a giant sperm born from the radiated member of a compulsive masturbator. In The World According to Takeo, he wiggles his way through as normal a life as he can muster, forever dealing with his classmate’s sperm-discriminating taunts on one end, and his father’s radioactive raping habits on the other. If you’re still not sure if this book is for you or not, you may want to read that sentence a few more times and let it really roll around in your head.

Another comic, The Sex Rogue, is like a putrid Ouroboros of human reproduction. It was tough enough to find images from the book suitable for inclusion in this article, and I don’t even know if I can get away with talking about this one in detail, so I’ll let your imagination run wild.

An accurate synopsis of this raunchy rollercoaster is ultimately a fruitless endeavor. You have to let Monster Men assault you personally. Different readers will come to different conclusions after finishing the book, all of which are doubtlessly valid in a world like this, but the honesty in Nemoto’s tales is the most refreshing thing about it. It’s completely

unrestrained and as far from self-conscious as can be. This will either find you enamored or terrified, maybe both at once.

Reading Monster Men reminded me of back when I picked up the Pulp/Viz book, Secret Comics Japan. More specifically, it was a similar experience to reading Makoto Aida’s contribution to that book, Mutant Hanako. I remember being both shocked and excited by the contents and, on a more revelatory level, the idea that these counterculture, underground comics were thriving under the surface of the mainstream manga world in Japan. It’s stuff like this that makes me jealous that Japanese readers used to have access to the monthly anthology Garo, from which Nemoto’s comics were spawned.

PictureBox had some mighty cajones in bringing him to an American audience for the first time, and if you’re old enough (actual maturity not required) and think you can stomach them, you won’t regret supporting one of 2008’s most interesting releases. 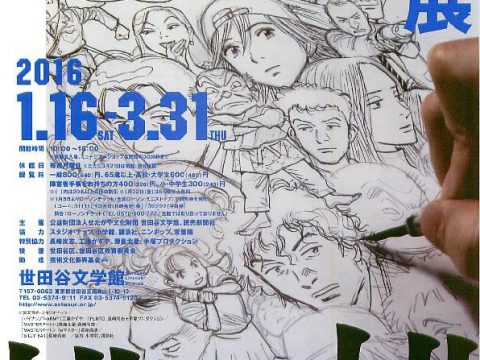 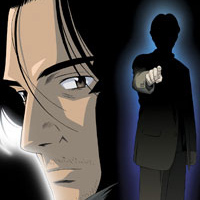 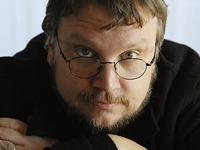 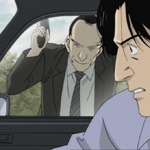