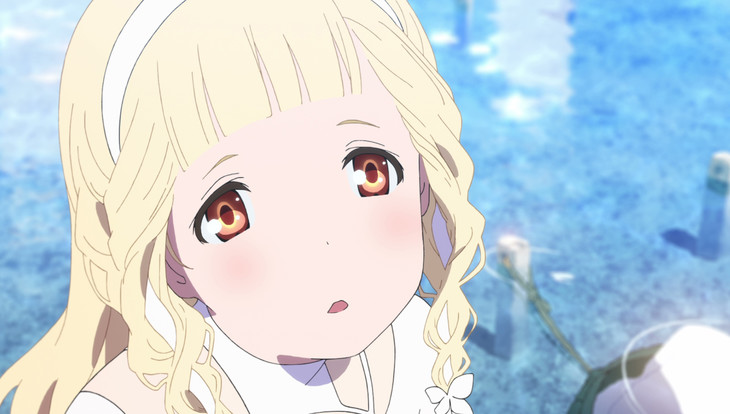 Maquia: When the Promised Flower Blooms, known in Japanese as Sayonara no Asa ni Yakusoku no Hana o Kazaro, the directorial debut from screenwriter Mari Okada, is on its way to Japanese screens in February.

Now, thanks to the folks at Anime Limited, we’ve got our eyeballs on an English-subbed trailer for the film.

Anime Limited have also announced a theatrical run for the film in the UK and Ireland in March, and its international premiere, which will take place at the Glasgow Film Festival. That festival runs from February 15 to 26.

Those fine folks have even gone to the trouble of describing the film for us:

The people of Iolph have a lifespan of hundreds of years and maintain their teenage appearances for life, but when the peace of this town is shattered by those who want the secret to their longevity for themselves, a young girl named Maquia is forced to escape. Wandering the land alone, upon finding an orphaned baby she chooses to raise him, but as this boy grows up so the difference in their lifespans is thrown into ever-sharper relief.

Maquia stars Manaka Iwami as Maquia and Miyu Irino as Erial, and is both written and directed by Okada (Anohana, The Anthem of the Heart). It was animated at P.A. Works, and features music by Kenji Kawai (Ghost in the Shell).

Here’s hoping for a US release too.