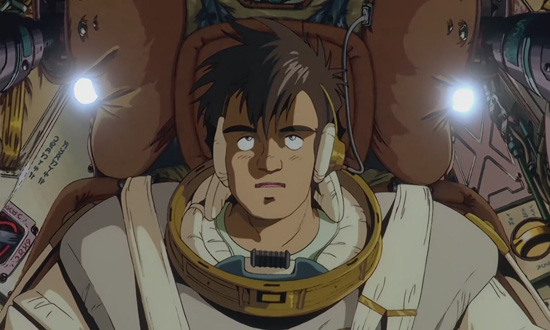 For those readers who aren’t familiar with the man or the studio, Hiroyuki Yamaga is one of the founding members of GAINAX, the animation studio that produced such works as Royal Space Force: The Wings of Honneamise, Neon Genesis Evangelion, FLCL and Gurren Lagann. You may have heard of some of these titles. He was there from the beginning and had a hand, directly or indirectly, in many of the studio’s most well-known projects.

He rose up the GAINAX ranks early on, directing the visually and conceptually astonishing—but financially unsuccessful—Wings of Honneamise in 1987 at the age of 24. These days Yamaga works as the studio’s executive director and one of the staff members they send overseas to anime conventions. He appeared as the Guest of Honor at this year’s Fanimecon in San Jose, California.
Yamaga’s Fanime panel, titled “The History of GAINAX,” was ostensibly supposed to be just that. Granted, he seemed to be a smart enough guy to realize that a dry two-hour lecture (delivered via Japanese translator to boot) would not make for very compelling listening and utilized the first half hour or so to talk a bit about the amateurish beginnings of GAINAX, show their Daicon IV video for the eponymous 1983 Japanese science-fiction convention and a clip show of various projects on which the studio has worked. The rest of the panel time was devoted to questions from the audience.
A few interesting tidbits were revealed in the cursory outline. For example, the studio’s original idea for its first professional project was to do a Mobile Suit Gundam OVA. When funding for a Gundam project was not forthcoming, they went and did Wings of Honneamise instead.
Yamaga described the earliest incarnation of GAINAX as a bunch of college students who got drunk together. Yamaga himself was one of the youngest in a pack consisting of a lot of guys in their 20s. The Daicon IV video was to be the group’s final project before graduating and going their separate ways. Of course, they realized that to let all that talent slip away would be a waste, and the rest is history.
That said, there is something inherently strange and anachronistic in showing something like Daicon IV at an anime convention these days. The short, which features a staggering amount of references to classic science-fiction movies and literature as well as 1970s and early 1980s anime, with all its enthusiastic spirit of invention and scruffy, amateurish charm embodies an aesthetic in anime and anime fandom that no longer exists. 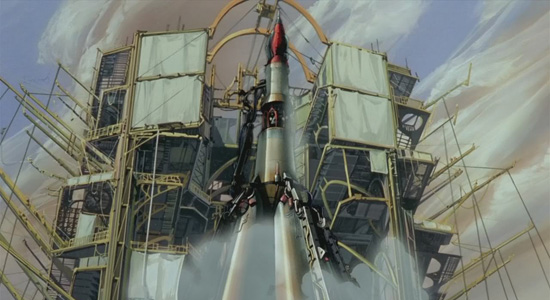 The GAINAX co-founder himself seemed aware of the changes in the industry and in fandom. After showing a Hideaki Anno-directed video documenting the studio’s work history from the Daicon shorts through to later projects like Mahoromatic, his immediate comment was that the audience may have noticed that “some projects received more effort than others.”
When asked what he thinks about the relative dearth of high-concept science-fiction anime like Honneamise these days, he said that he thinks it’s simply because SF “is not very trendy anymore,” though he believes that SF stories will eventually come back into vogue.
“These days the trend seems to be cute girls in bands,” he said.
One of the most remarkable things about Honneamise was that it was a theatrical anime film not based on any preexisting franchise or geared toward selling a line of toys or figurines. Said remarkable things might have contributed to the financial disappointment the film became.
Despite GAINAX’s experience with Honneamise, however, Yamaga asserted that there is still a market for standalone, self-contained theatrical anime. He pointed out that Mamoru Hosoda’s Summer Wars performed well in Japan and made money for Madhouse, the studio that produced it. There are plenty of sponsors for that sort of project, according to Yamaga.
There is a caveat, though, he said. In the old days an investor might have been willing to contribute $10 million to a project. Now, a film might garner $2 million in investment, if that. The days of big-name creators like Katsuhiro Otomo and Hayao Miyazaki, who regularly receive huge budgets for their film projects, are long gone.
Yamaga’s overarching view on the state of modern anime suggested that it’s a numbers game, pure and simple. Commenting on a recent radio interview with Mamoru Oshii in which he said that The Sky Crawlers had to use computer-generated graphics for all its airplane designs and animation because of a lack of people in the industry able to render them by hand, he said the dearth of mechanical designers and animators is simply a result of a lack of the funds needed to employ them. When the budget on a series or a film is tight, it is cheaper and easier to go the computer-generated route.
The Guest of Honor also had to endure a cavalcade of the types of questions one always hears at any panel tangentially having to do with GAINAX (“Is that really how you intended Evangelion to end?” 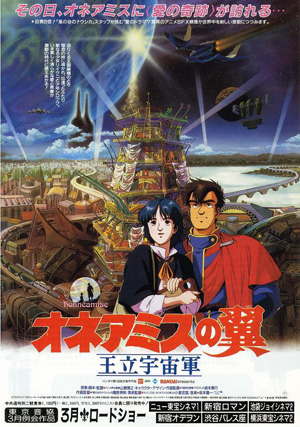 “Are you going to make more Gurren Lagann?” “Do you take interns?” The answer to each of these, go figure, was a conditional “yes.”) He took them in good humor, perhaps looking a bit baffled as to the several questions asking how one would go about interning or working at the studio during their visit to Japan. Whether the bafflement came from wondering why native English speakers would think they could work at a company that exclusively communicates in Japanese, or wondering why anyone would want to work in an industry where many work for wages well below the poverty line, is unknown.
His attitude toward the industry was probably best exemplified in his response to the question of what he calls his favorite anime. He replied that he has not really seen an anime of which he could call himself a fan.
“It’s work to me,” he said.
Mark Aspillera (of Colony Drop) is one of that now-rare breed that got into anime in the ’90s through a lifetime love of science-fiction. Through a series of serendipitous events, Cartoon Network was denied to him and he had to make due with Robotech reruns, Teknoman, Ronin Warriors, and the obscuro stuff the local public broadcasting affiliate aired like Neon Genesis Evangelion and Urusei Yatsura. The first DVD he ever purchased after Blade Runner was Patlabor 1, a fact he will never let you forget.
Cosplay/Cons 137