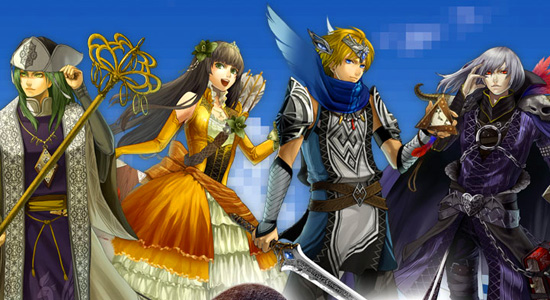 Eccentric games with quirky conceits are everywhere and they are almost unilaterally terrible. Even the ones who exude limitlessly bizarre charm (Deadly Premonition) mire themselves in gameplay that vacillates from boring to unbearable. These games are not good. That is why when a game is as fun as it is weird we need to sit up and take notice.

Half-Minute Hero cuts down on the bloat that makes your average RPG an unbearable slog. No more spiky haired youths talking about their feelings. No more grinding next to a save point before you can fight the next boss. “But that’s an admirable goal,” you say, “not quirky in the slightest.” And you are right. Would that all RPGs had that ambition! It’s the manner in which it does it that makes Half-Minute Hero so weird. How does it cut the fat? Simple. The world is going to end in thirty seconds.

A thirty second time limit sounds mean, but it’s okay! The creators understand it’s difficult to level up, buy equipment, and complete sidequests in only thirty seconds. That’s why you have the Goddess of Time on your side. She waits in every village and has the power to reset the clock… for a price. Averting world annihilation is a costly business. 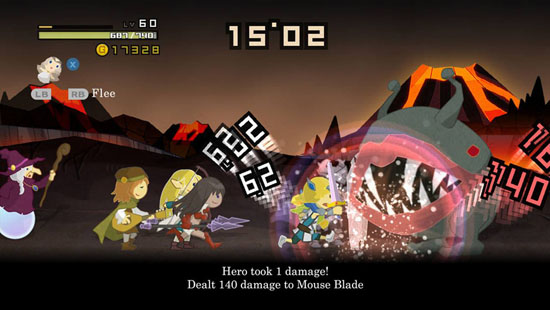 Realistically, most quests have enough resources to buy you about ninety seconds. In this time you will parley with a king, buy a sword, rescue a lumberjack’s daughter from a cave, rebuild a bridge, meet a friendly dragon, and, finally, slay the evil, anthropomorphic coelacanth who is hell-bent on world destruction because the witch of the swamp won’t be his girlfriend.

The weirdness pervades. Beat the game and unlock Three Hundred Second hero, which seems like a pretty generous time limit until whole continents start sinking every sixty seconds. Beat that and unlock Three Second Hero. Now it’s three seconds, max, on the clock. During Three Second Hero the time you spent with a whole thirty seconds to spare seems like an idyllic, slow-paced romp. You’ll have to make furtive, guerrilla-style raids two spaces away from town to kill a single monster before scampering back to the Goddess of Time, gasping, with a twentieth of a second left on the clock. It’d be pretty cruel if it wasn’t so damned clever.

They’ve trimmed away everything but the heart and soul of it. You’ll feel that familiar surge of excitement every time a town has a new weapon for sale. You’ll find yourself strangely touched by the story of a group of people just trying to make a living in this thirty second world. There’s everything you want from an RPG without a moment of grind or a single overlong cutscene. Turns out the solution to all our roleplaying woes was as simple as tearing everything out. 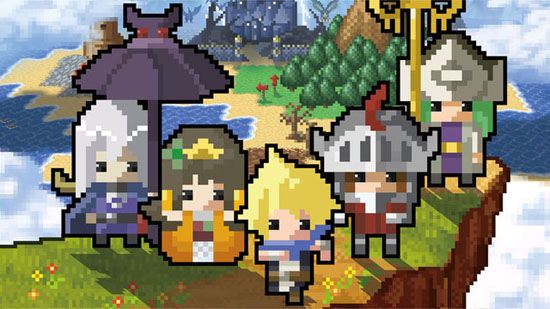 Most of you missed out on Half-Minute Hero the first time around. It came out on PSP and didn’t get a ton of press. Don’t make the same mistake twice. The Xbox Live version has an entirely new graphics style, which is nice, but it’s missing a bunch of extra modes from the original game, which sucks. Still, the core game is what brought us to the dance and it makes the transition completely unscathed.

Everyone who’s ever played a Dragon Quest or a Final Fantasy or a Wizardry or even an Ultima should play this game. Half-Minute Hero recognizes everything we love about roleplaying games and strips our nostalgia right down to its bare bones and makes a couple jokes about it and gives you a cool axe and a dragon helmet. It is brief, and it is strange, and it is a very good game.