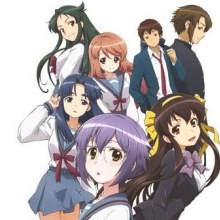 FUNimation announced some new upcoming streaming shows during this weekend’s Anime Detour convention. First up is The Disappearance of Nagato Yuki-chan, which will feature Haruhi‘s Minori Chihara and Tomokazu Sugita reprising their respective roles as Yuki and Kyori.

Simulcast plans will be announced at a later date. The Disappearance of Nagato Yuki-chan premieres in Japan on April 3.

From the creator of the international hit The Melancholy of Haruhi Suzumiya comes a new spinoff featuring familiar faces! In an alternate universe, shy, awkward Yuki Nagato attempts to court her crush, Kyon, with the help of her best friend and neighbor, the perky and indomitable Ryoko Asakura. Together, the trio defends their high school literature club from extermination…and from the pestering of their over-the-top classmate Tsuruya and her friend and minion Mikuru. No true Haruhi devotee should miss The Disappearance of Nagato Yuki-chan.

FUNimation also announced the acquisition of Sanrio’s Show By Rock!!, a “super-cute nekomimi music anime” with animation production by Studio Bones. See some images along with the synopsis below.

The protagonists of the group Plasmagica: 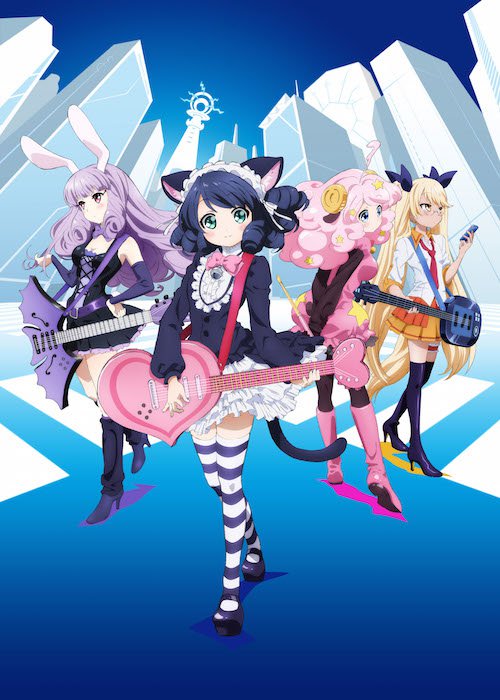 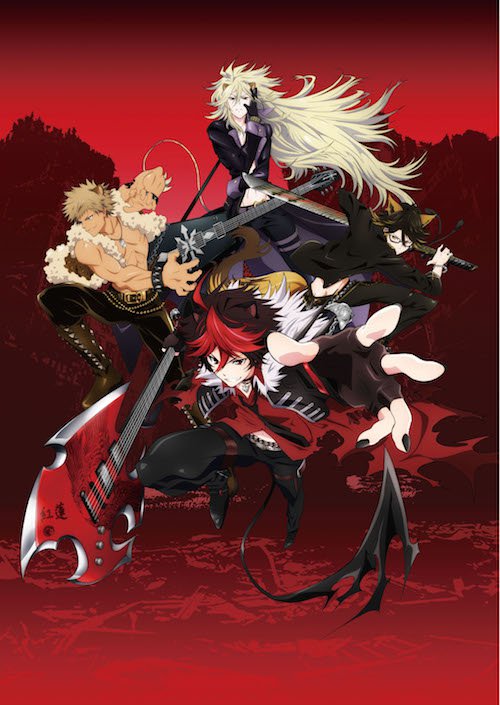 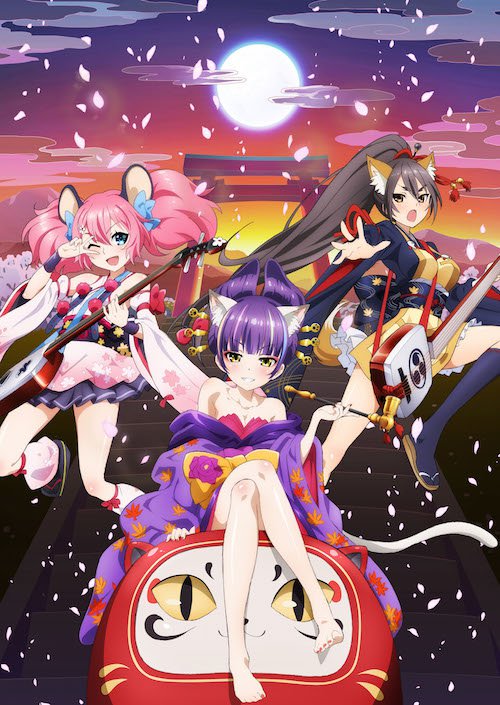 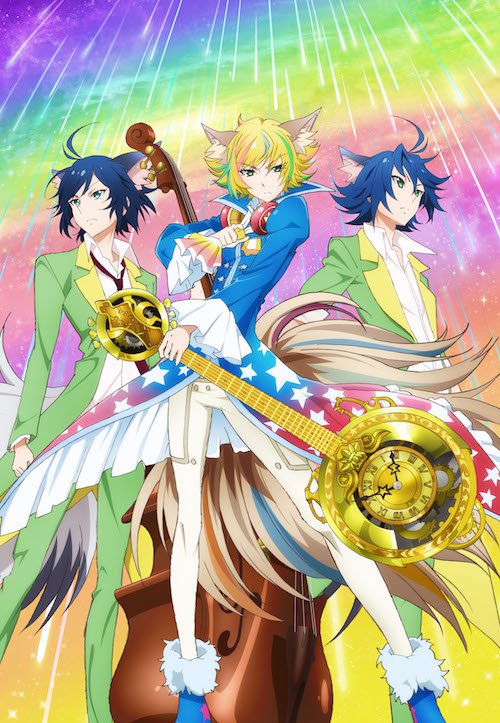 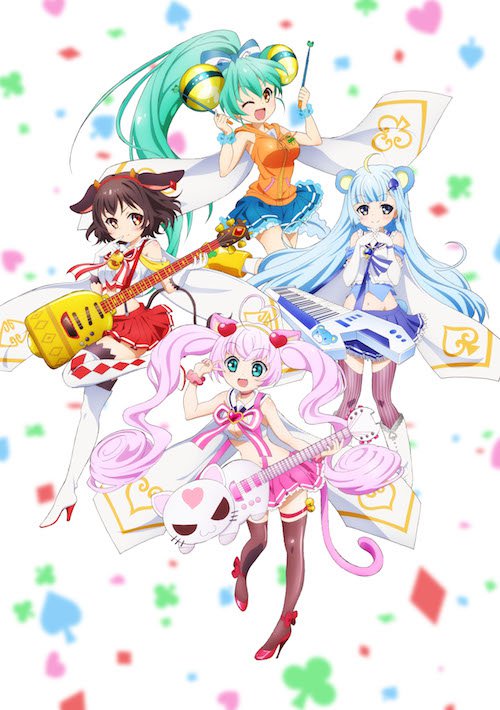 The Show By Rock!! simulcast schedule will be announced soon.

Musical merriment and cute creatures collide in this series from the dream team pairing Sanrio and Studio Bones (Ouran High School Host Club, Soul Eater)! Set in the glamorous metropolis Tokyo Midi City, where music—and the dream of musical superstardom—is everything. Here, “battle of the bands” is more than just a teen rivalry: Dozens of ensembles compete for the honor of playing atop the city’s highest tower. When a Gothic Lolita-clad catgirl cutie named Cyan stumbles into the music world, she too is swept up by the dream of fame. After joining forces with three other colorful characters—bunnygirl honor student Chuchu, shy doggirl Retoree, and adorable sheepgirl Moa—the quartet becomes Plasmagica, the freshest band on the scene. Armed with special instruments, the girls face off with other bands striving for stardom, like the cool and passionate Visual Kei band Shingan Crimsonz, or the handsome pop idols Trichronika. Will the band find celebrity? Or are they doomed to be one-hit-wonders…