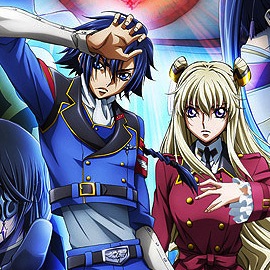 Japan has an advance screening event on the way for the third chapter in the Code Geass: Akito the Exiled anime film project, set to take place over there on April 26. The official premiere will be held a week later, with the third chapter—”Kagayaku Mono Ten Yori Otsu” (The Shining One Falls from Heaven)—to be shown on 36 screens starting on May 2.

Relatively hot on the heels of this one will be a fourth chapter, “Nikushimi no Kioku Kara” (From the Memories of Hatred), set for July 4. In the meantime, the official website for Akito the Exiled released a new 15-second commercial that you can watch below.