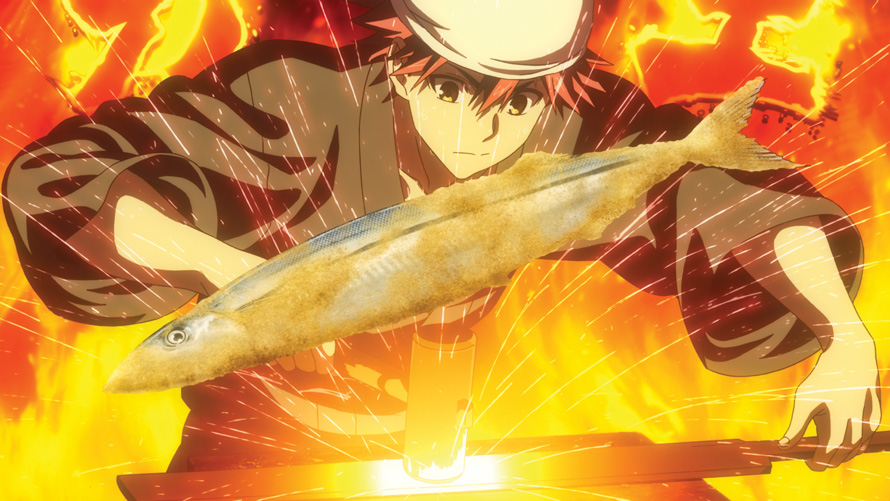 Ah, the shonen battle formula; it’s one of the crown jewels of anime storytelling. When you think of shows like Dragon Ball Z, One Piece, Boku no Hero Academia, and Yu-Gi-Oh!, what you’re seeing is a type of manga prone to emphasize manly fights and manly competition. Of course, in the world of shonen, the fighting aspect can apply to the most mundane of activities. If there’s one thing I’ve learned from anime, you can paint a picture, ride a bicycle, or just play a simple game of marbles, and you can make a good story out of any of them. But if you do any of these things with bombastic, manly charisma, it’s bound to be as psychotically awesome as if you were in a fight to the death in a black hole at the edge of the universe.

Shokugeki no Soma, aka Food Wars!, is no stranger to this phenomena, having previously demonstrated, when its anime adaptation first aired in late 2015, that cooking could look pretty badass with the right kind of environment. People might initially think that making a shonen series about something as mundane as cooking would be like Wes Anderson making a film adaptation of Pokémon (complete with all the Gym Leaders wearing brightly lit khaki shorts, and a cameo from Bill Murray); you make jokes about it, but when it becomes reality, you’re left befuddled. But Food Wars! blew expectations out of the boiling pot when it first aired, and its sequel series, Food Wars! The Second Plate, merely continues to turn up the heat on the intense buffet antics. 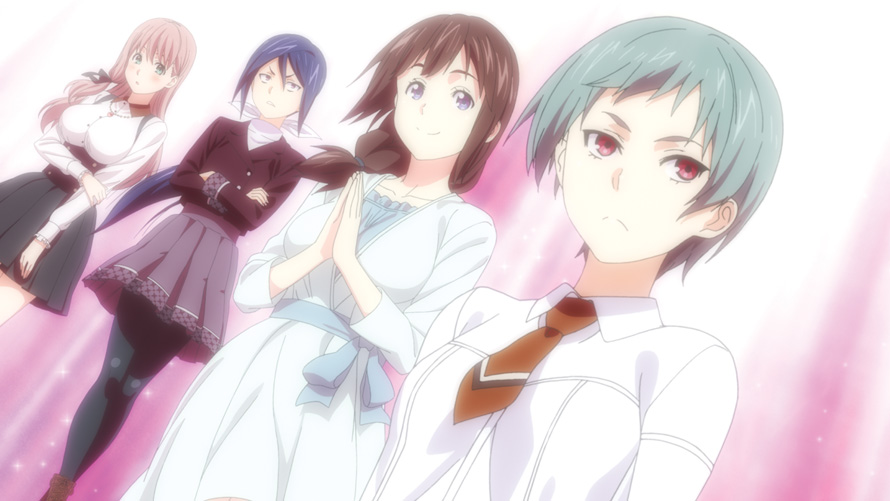 For those of you just joining us, here’s what you missed in the first series: Soma Yukihara currently attends Totsuki Institue, an esteemed and prestigious cooking school notorious for fostering a “survival of the fittest” environment in which only 1 percent of the student population manages to graduate. Soma isn’t fabulously wealthy like most of the students, but he has a drive to surpass his dad’s culinary skills, as well as plenty of years of culinary experience under his belt, having been raised in a small town diner since he was a child. The name of the game here is the cooking duel, or “shokugeki,” where anything and everything can be staked to prove who’s got the best dish, and the theater of it all never ceases to entertain.

None of this has changed in The Second Plate, which aired in the summer of 2016. It’s still the same show from 2015, and it doesn’t waste any time with any kind of tiring recap; it simply gives us a brief summation of what Totsuki is all about, tells us what we missed, and then throws us right back into the fire as if the show hadn’t gone anywhere in the first place. Everyone’s still here: Yukihira Soma is still our lovable, cocky shonen hero (who gets a healthy dose of character development near the end). Erina Nakiri is still a cold heir apparent hilariously incapable of performing the most basic of tasks without her “secretary girl” Hisako Arato. Megumi Tadokoro is the would-be shojo girl sweating up a storm in a flood of geniuses. 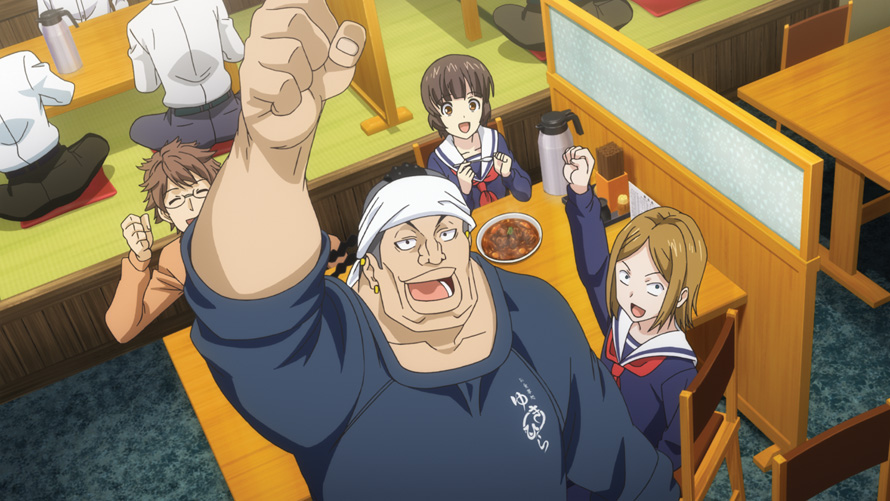 The tournament arc is a staple of battle shows like this, because it gives us the chance to witness some crazy fight scenes. Indeed, the fights are crazy; the high-level tension one expects from putting up one’s dukes is still here. But punches, kicks, and intense talks about auras and power levels are replaced in this show with intricate recipes, intensely gastronomical explanations, and the actuals dishes themselves, especially the visuals alone, coming once again from J. C. Staff, have the potential to make gourmet chefs jealous. Without getting too technical about what’s what, I will say, you will want to eat every plate featured in this show, even if you’re allergic to it. 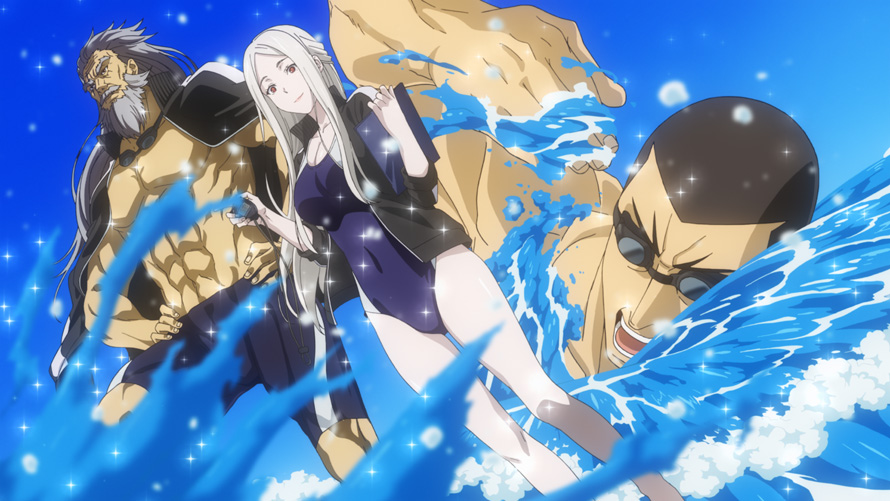 Dedicating a heavy chunk of a 13-episode season to a tournament arc sounds like an interesting idea in theory. But the primary peril of writing such a story is adjusting the pacing in such a way that the plot manages to be an entertaining joyride without feeling like it’s dragging on forever. In this regard, The Second Plate succeeds. There is never a dull moment to be found here.

In the end, after watching all the events unfold, it’s fair to say that Food Wars!: The Second Plate is priority viewing for any shonen fan. It’s hard for me to give a clearer verdict than that because, for one thing, the story is clearly still ongoing. As this article is being written, the second sequel, appropriately titled Food Wars!: The Third Plate, is literally right around the corner, in the fall season to be precise. But I’m positive either way that Food Wars! still has a few more courses to serve up.

Food Wars! The Second Plate is available from Sentai Filmworks and HIDIVE.