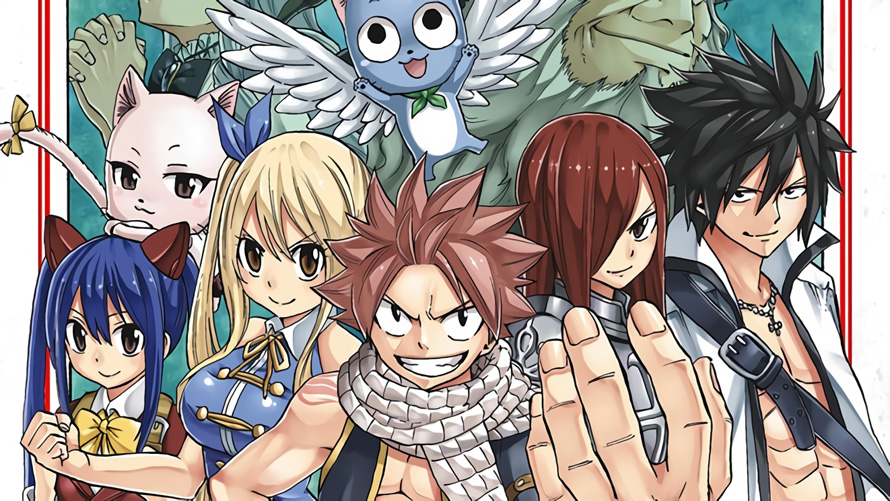 The stars of the hit fantasy Fairy Tail are back for a brand new adventure. Old fans are sure to be pleased by this new series, but new fans might have some trouble coming on board. The background and politics of the Fairy Tail wizards’ guild are barely explained and the running gags are likely to fall flat for new readers. However, there’s still a lot to enjoy in Fairy Tail: 100 Years Quest.

The story itself is simple enough: Natsu and his friends leave their guild to take on a dangerous quest 100 years in the making. A dragon-slaying wizard by the name of Elefseria offers to grant Natsu and company anything they want if they can seal away five dragon gods. The quest takes them to a new land, Guiltina, where their first destination is the town of Ermina, rumored to worship one of the dragon gods. From there, the dragon-slaying mission gets more complicated. Soon the group meets both the Water Dragon God Suijin and a fearsome new guild of wizards dedicated to eating dragons to acquire their magic. The Wizard Guild Diablos has set its sights on killing and eating Suijin, and it’s the dragon god who may need saving. 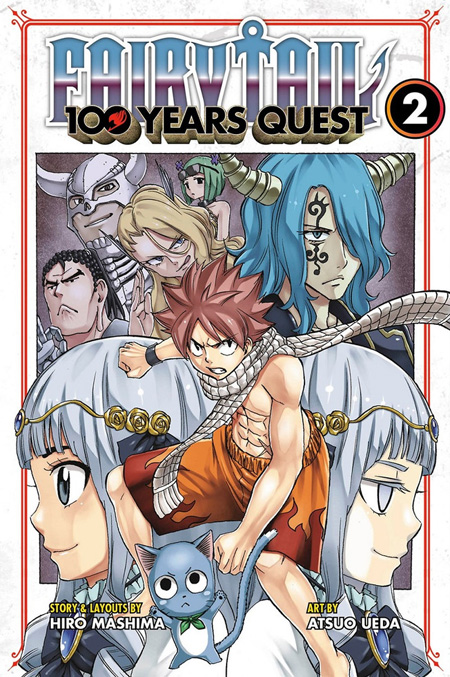 Ueda’s art is a credit to Fairy Tail creator Hiro Mashima; the characters look as they would if drawn by Mashima himself. The inks are buttery smooth and it’s nice to see a fantasy that has some interesting backgrounds. While some the towns are standard medieval fantasy settings, the manga offers a bevy of strange creatures and interesting set pieces such as an underwater town. The level of fan service is about what one would expect from a Fairy Tail spinoff, with lots of shots of busty female characters leaping around in bikinis for no other reason than to give straight male readers something to look at. But that won’t shock anyone who’s read the original series.

Fairy Tail: 100 Years Quest is a decent fantasy and a welcome addition to the Fairy Tail franchise. Volume 1 is certainly stronger than the first volume of Fairy Girls. New fans joining the adventure may feel a little lost, but old fans can look forward to diving right in to this new quest.

The Alchemist Who Survived Now Dreams of a Quiet City Life [Review]
Woof Woof Story: I Told You to Turn Me into a Pampered Pooch [Review]