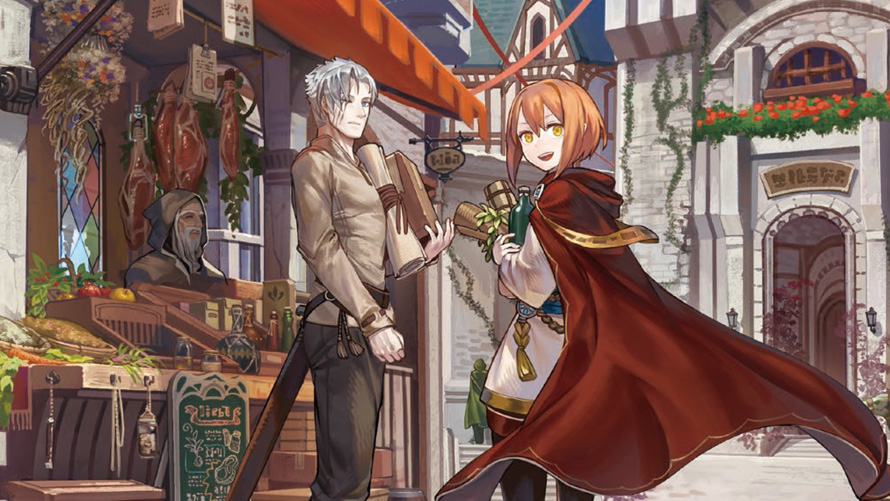 Young Mariela is possibly the last alchemist alive. A stampede of magic-eating monsters 200 years ago forced her to use a suspended animation spell. She thought she’d sleep a few weeks at most, but she awakens to find she’s been out for two centuries. Those missing years have wrought many changes. The city she called home is mostly in ruins, and out of the surviving sections has arisen Labyrinth City. In her old life, Mariela was just another struggling alchemist, one of dozens selling potions on the cheap and eking out a living. But now the lost arts of alchemy are in high demand and Mariela finds herself able to command huge prices for even her most basic potions.

What starts as a quiet, entertaining slice-of-life fantasy takes a turn when Mariela buys a magically bonded slave for herself. This is where the story steps into a huge moral and ethical morass and then turns a blind eye to it. Sieg, her slave, is grateful for his kind new master. Readers, especially in the U.S. where slavery has a long and ugly history, will not be blamed for opting out early in the book if they find this distasteful. Seig turns out to be a down-on-his-luck adventurer who lost his “spirit eye” to a wyvern attack. He is magically bound to obey Mariela and put her life ahead of his, and it’s possible even his gratitude is magically forced by the bond. Future volumes may address the ethics of slavery in this fantasy world, but so far it remains an uncomfortable element that isn’t really addressed.

Where The Alchemist Who Survived Now Dreams of a Quiet City Life succeeds is in being a near ideal fantasy crafting manga. The manga doesn’t skimp on scenes of Mariela collecting and processing herbs, then working her alchemical magic on them. One entire chapter is spent on collecting sand and making special vials to store 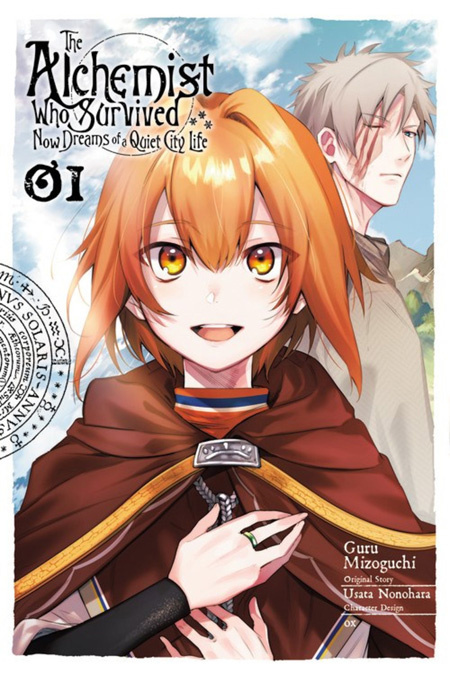 potions with the aid of an adorable salamander. The art features lovely backgrounds and settings with decent-to-good character designs. Mariela, as the protagonist, is the most carefully drawn. The inking is sketchy and loose, not always to good effect. Mizoguchi has a hard time drawing lips, particularly in extreme 3/4 view headshots, which becomes distracting. The characters’ mouths wander on their faces and the placement doesn’t always seem quite right. More detail on the fantasy creatures, like the dinosaur-like raptors used as draft animals and the monster dogs that inhabit the Fell Forest, could have added to the worldbuilding, but instead they look bland.

Sadly, as a whole package, The Alchemist adds up to a morally uncomfortable read without enough cool fantasy concepts to make up for it. Readers will have to decide for themselves if the quiet pleasure of following Mariela’s work outweighs the shortfalls in worldbuilding and art.