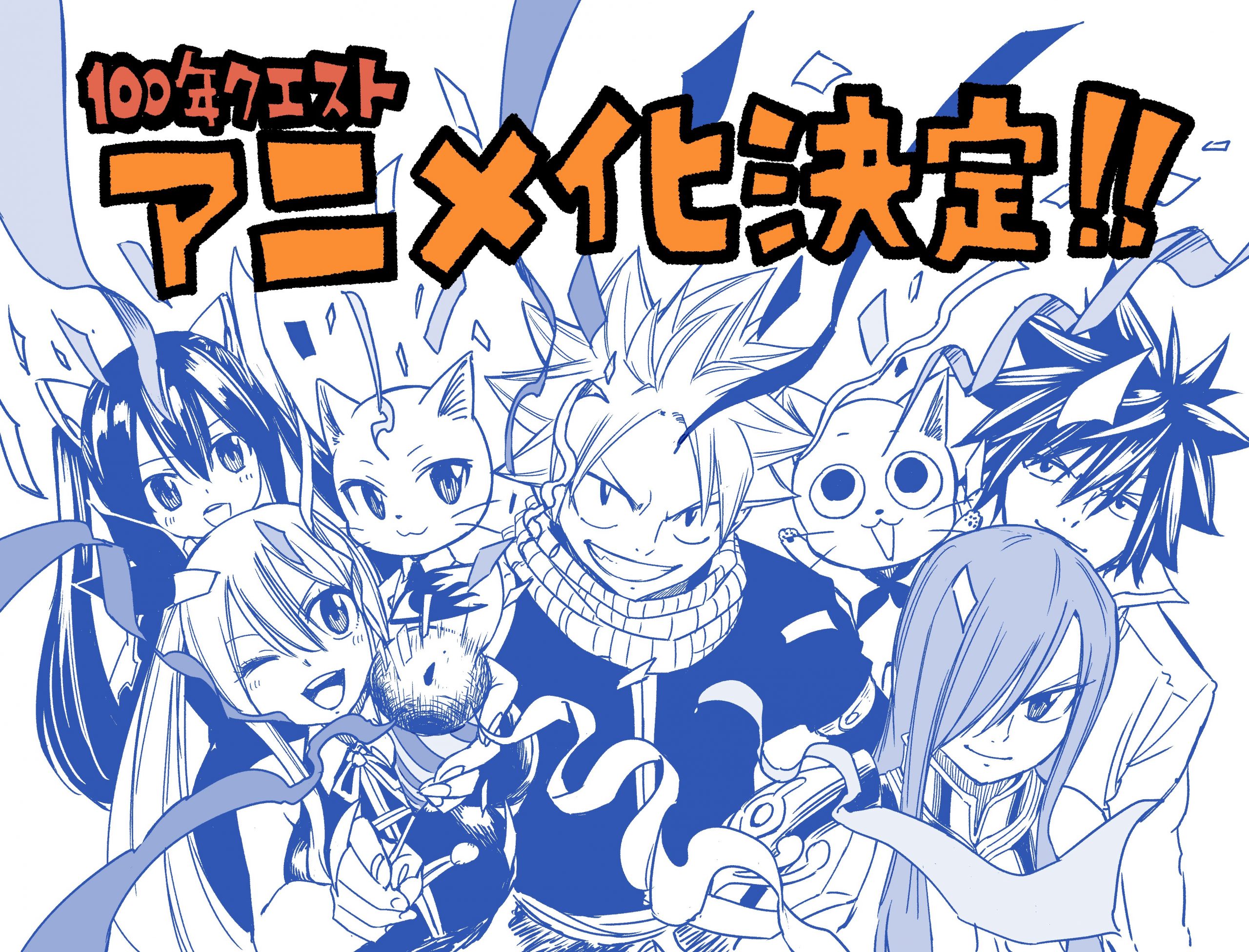 Hiro Mashima followed up the original Fairy Tail manga with the sequel series Fairy Tail: 100 Years Quest—which Mashima writes and storyboards and Atsuo Ueda illustrates—and now that one is getting a TV anime of its own. The news was revealed during the Hiro Mashima Fan Meeting event, and illustrator Ueda shared the image above to celebrate.

There aren’t really any details at the moment, but there is a teaser trailer:

Natsu, Lucy, Happy, Erza, and the whole Fairy Tail Guild are back in action! And they’ve decided to tackle the “100 Years Quest”—a job no one’s dared take on since the founding of the guild more than a century ago. A mysterious town, a baffling spirit, a ghastly new enemy … and a brand new continent to explore. When you’re with real friends, the adventures never stop!