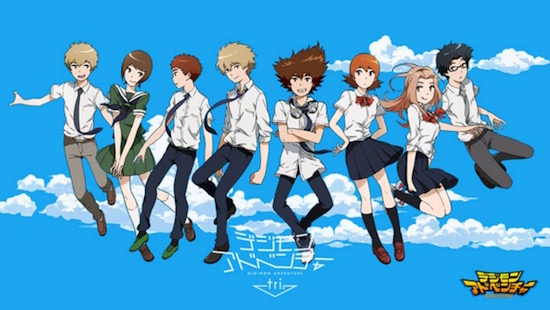 While tri is supposed to be a direct sequel to Adventure 02, there’s some things that don’t quite make sense. There are parts where it seems that, yes, Adventure 02 did happen. But at the same time there are details that contradict this connection. I don’t think this is due to something as boring as the creative team not being well-acquainted with the Digimon universe. I think the contradictions were done on purpose.

Let’s take a look at the evidence—or lack thereof—of the events of Digimon Adventure 02 occurring in tri. The most blatant detail is the fact that Takeru and Hikari (TK and Kari in the dub, respectively) have D-3 Digivices. For those of you who are a little rusty on your Digimon history, I’ll explain. In Digimon Adventure 02, a new group of DigiDestined were pushed into the spotlight. The new DigiDestined were given an upgraded version of the original Digivice called the D-3. The D-3 had extra functions that the original Digivices did not, most notably the ability to open a portal to the Digital World by pointing it at an internet-connected computer screen. TK and Kari had their original Digivices upgraded to D-3s when they joined the new DigiDestined. The fact that they have D-3 Digivices in Tri means that these events must have happened.

Not only that, but we see the names of some Adventure 02 DigiDestined appear on a computer screen during Tri. 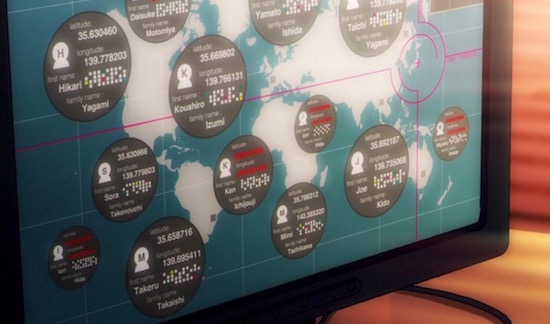 It seems simple enough to say that Adventure 02 is still canon, but when you look closer things don’t match up. The most glaring issue is the world’s ignorance of the existence of Digimon. Digimon entered the real world on a larger scale in Adventure 02. At the end of the series, the barrier between the Digital World and the regular world is broken down and each child gets a Digimon companion. The epilogue then shows Digimon and humans interacting together in society. But in Digimon tri, it’s as if everyone (besides a secret government agency) is only seeing Digimon for the first time. People panic and the protagonists’ Digimon are mistaken for destructive, villainous ones.

Now what could be the explanation for all this? Did the Digimon team pull an Akira Toriyama and just forget what happened in the previous series? It’s possible, but I doubt it. My theory is that these contradictions are part of the plot. Someone or something has done this to the universe. They altered memories, or created an alternate timeline. I think that as tri goes forward, we’ll see the original DigiDestined realize that things aren’t the way they’re supposed to be and find a way to return things to normal. Hopefully we’ll find out the truth when the next installment comes out this March.

What do you think of Digimon Adventure tri.? Let us know in the comments.

Norbert Daniels Jr. is a freelance writer who lost his DigiVice years ago. Follow him on Twitter @norbert_dan and listen to him discuss animation at SaturdayMorningBlockParty.com