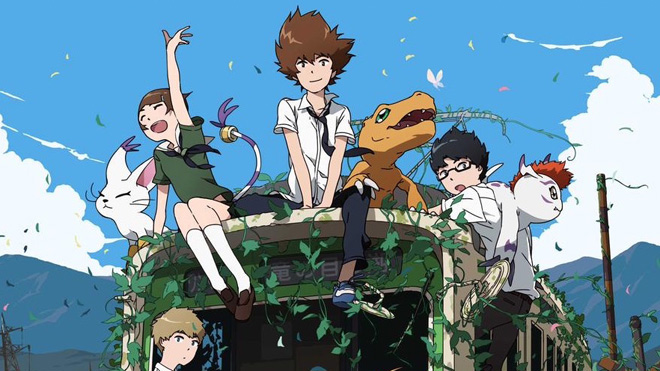 Shout! Factory and Toei Animation have teamed up to bring the DIGIMON ADVENTURE tri. anime movies to home video, broadcast, and digital outlets in North America. So far they licensed the first three films in the six-part series, with plans to deliver the features in subbed and dubbed form digitally and on DVD/Blu-ray.

The first film in the series, Reunion, will arrive sometime this year.

DIGIMON ADVENTURE tri. — REUNION picks up when the beloved Digimon Adventure 2002 series ended. It’s been six years since that summer adventure when Tai (now in high school) and the rest of the “DigiDestined” crossed over to the Digital World, and nearly three years since the frenzied final battles between warring factions. With the gate to the Digital World closed, time continues to pass, until the adventure “digi-volves” once again.