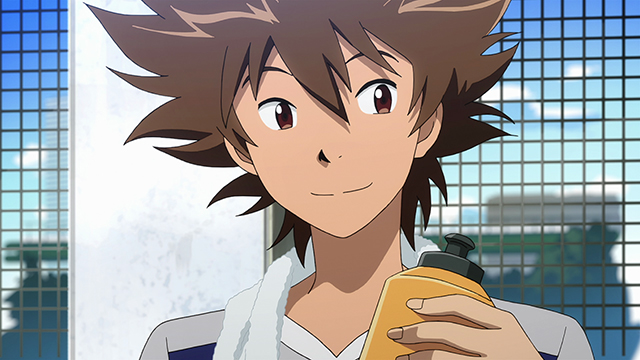 Six years have passed since Tai and his pals first encountered their Digimon friends, but that’s just a fraction of the time that has since passed for fans of the series. When I first started watching the original anime series I was fresh out of high school and working at a dry cleaners. Now it’s 2017 and I’m a week away from getting married… and I’m still watching Digimon. The more things change, the more they stay the same.

That holds true for Reunion, the first in a six-part Digimon Adventure tri. movie series. These features have also been split into episodes that can be streamed on services like Crunchyroll, and both formats deliver pretty much the same experience. As a movie, Reunion is a fairly snappy and briskly-paced reintroduction to the world of Digital Monsters, both for the audience and the DigiDestined themselves. 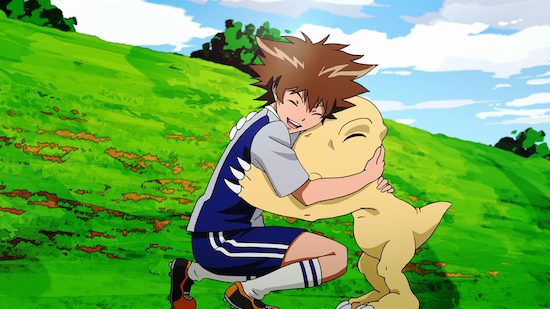 The gate to the Digital World has been closed for three years at this point, but a sudden rift coincides with the appearance of a corrupted Kuwagamon. Before you know it, this nasty digital baddie is wreaking havoc all over the city, and if someone doesn’t interfere people are going to be next. Thankfully, this crack in the gate ends up leading to a reunion between Tai and Agumon, and the same goes for the rest of the gang as their respective Digivices light up like new.

Now everyone’s back together just like old times, except not all of them are ready to jump right back into their adventuring gear. Despite the fact that Yamato “Matt” Ishida thinks Tai has changed over the years, Tai is actually the character who seems to be suffering from arrested development the most. Izzy is as brilliant as ever, sure, but even he seems to have more of his own life at the start of this journey. Joe is on the complete opposite end of the spectrum, too; not really wanting to put any of this DigiDestined mess ahead of his studies. This is a theme the series will continue to explore, but for now we have solid groundwork to build upon. 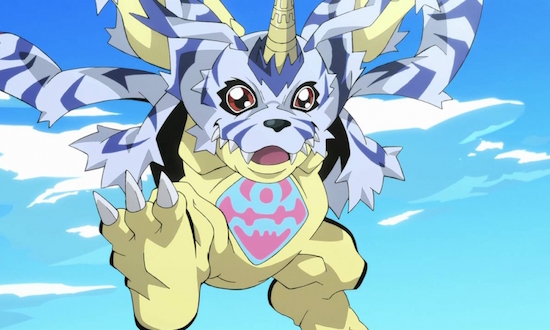 With the return of Agumon and co., Tai is granted a brief reprieve from growing up and moving on to the next stage of life, which is kind of what watching Digimon Adventure tri. is like. All your favorite Digimon are back, giving you a 90-minute break from whatever’s going on in your world at the moment. The transformations are all there along with the goofy disguises the Digimon wear to get around in public, which are about as convincing as three dogs standing on each other’s shoulders to get into an R-rated movie. All that’s missing here are bug-eyed green slime Numemon and an assortment of poop-shaped Digimon to round out this fresh dose of nostalgia.

Digimon Adventure tri. offers up the occasionally flashy action sequence, but you shouldn’t go in expecting anything along the lines of 2000’s Mamoru Hosoda-directed Digimon: The Movie. Toei Animation’s work on tri. is more in line with something you would catch on television, which is fitting considering the multi-format angle it ended up moving toward. Director Keitaro Motonaga’s résumé is all over the place, from School Days and Ah My Buddha to episodes of Toshihiro Hirano’s notorious Apocalypse Zero OVA. Relatively speaking, his work on Digimon Adventure tri. is very straightforward, without much in the way of stylistic flair. 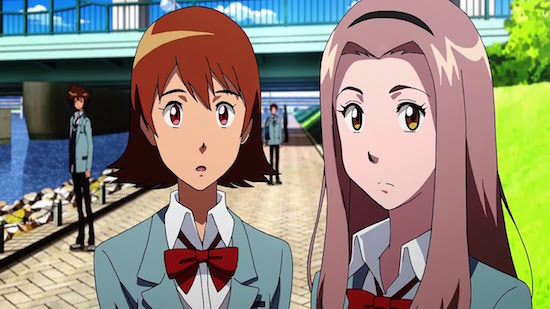 Having already watched the subtitled episodes, I decided to check out the English dub of Reunion, which is a great option for fans of the original series’ TV broadcast. There are voices both familiar and fresh here, and the Digimon all sound just as dorky as ever. Best of all, watching the dubbed version will give you a chance to get rowdy as hell along with a variation of the Digimon rap, right down to the squirrelly, robotic “D-D-Digimon” calls in the background. There are a few extras concerning the English cast and premiere, as well, if you want to dive a little further behind the scenes.

Digimon Adventure tri.: Reunion might not pique the full interest of newcomers, but it’s tough to resist for anyone who grew up with or previously visited any of the original Digimon anime. Even if you can’t go home again, you can at least check up on a few old friends and rest easy knowing that, in one way or another, they’re all doing their best to grow up.