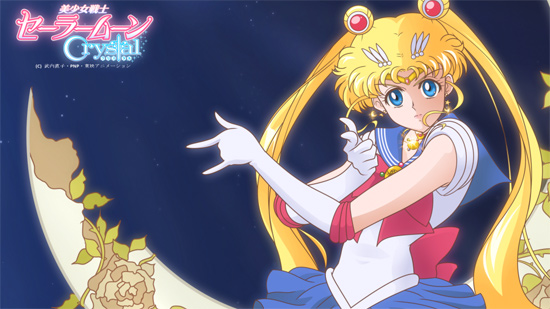 The hype surrounding the recent Sailor Moon remake is yet another reminder that the Japanese animation industry is an unrelenting, ouroborosian machine that consumes itself just as fast as it reinvents itself. Sailor Moon’s staggering popularity in Japan was matched in the U.S. by its success as a “crossover” series, appealing to fans and non-fans when it was originally broadcast, but it remains to be seen if the remake can build off this foundation and reach critical or popular acclaim.

While reboots and remakes in the anime industry are a regular occurrence, it can be difficult to appeal to old fans while still reaching out for new ones, and some remakes struggle with this precarious balancing act. Usually these remakes over-emphasize new elements at the cost of what made the original work, but once in a while that balancing act is achieved and you end up with something great. 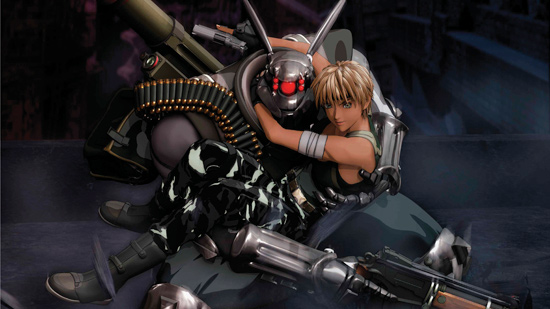 In 2004, Shinji Aramaki shared with us his terrifying vision of a CG-laden anime-influenced hellscape in the form of Appleseed. Based upon a 1980s manga of the same name by the elusive Masamune Shirow, Aramaki’s vision of Appleseed used many of the same characters and situations from the original manga, albeit reshuffled, remixed and translated through some CG that looked straight out of a Playstation game cutscene. A sequel followed in 2007, entitled Appleseed Ex Machina, now boasting John Woo as a producer and Miuccia Prada as a costume designer, but those names didn’t contribute towards making a better movie. Neither film garnered much critical acclaim, although looking back both seem as reflective of their decade as the original manga is of the otaku techno-festishism of the 1980s: The combination of not-quite-Pixar computer imagery mixed with anime aesthetics didn’t really work, but damned if people didn’t keep trying to push “CG anime” on us during the 2000s. The thought of using “big names” like Woo and Prada (easily recognizable to mainstream viewers) to entice viewers while ignoring the fundamentals of a good story also stinks of classic Boom Era anime producing techniques that tried a little too hard to appeal to mainstream Western viewers.

While the original Appleseed manga was kind of a Big Deal in the 1980s, and in fact was adapted into an extremely dull OVA in 1988, these days most of its themes and ideas have been trotted with greater success than Aramaki’s films managed. Unbelievably, others tried their hand at the Appleseed remake game, as Production IG produced a CG TV show in 2011 based on Appleseed, with no relation to the films, titled Appleseed XIII. It didn’t fare much better. Ignoring the charms of the original property while touting the latest-and-greatest technology over basic storytelling is a bad decision any way you cut it, which leaves us scratching our heads as to why they’re going for it again with the upcoming Appleseed Alpha, a prequel film directed by Aramaki, due out on July 22nd. 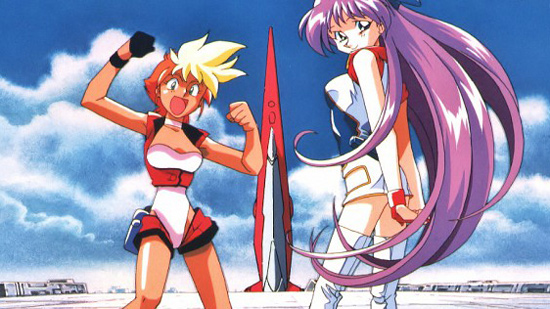 No, this isn’t the hook for a terrible new miniseries on VH1 about guys in denim vests with Bubblegum Crisis pins and breast-laden cartoons easily rentable at your local Blockbuster, we’re just trying to gauge if you remember Dirty Pair Flash. If you’re curious about the evolution of anime character design between the Reagan and Clinton administrations, comparing Dirty Pair Flash to its progenitors (a TV series, some OVAs and a film, all based on a light novel) from the 1980s might make for a good crash course. Huge neon hair, rhombus eyes, shorts that make absolutely no sense; in the category of quintessential 90s anime designs, Flash was perhaps only bested by the inexplicably popular (and incredibly ugly) Saber Marionette series. Despite catering to the design trends of the 1990s, Flash’s spunky teenage duo — everything in the 1990s had to be spunky — couldn’t quite live up to their predecessors. Despite lasting 16 episodes, Flash never achieved the same popularity of the original and has been largely, and rightfully, forgotten. Dirty Pair Flash is still available on DVD, but you’re better off skipping it in favor of the original TV series or OVA, both recently released by RightStuf. 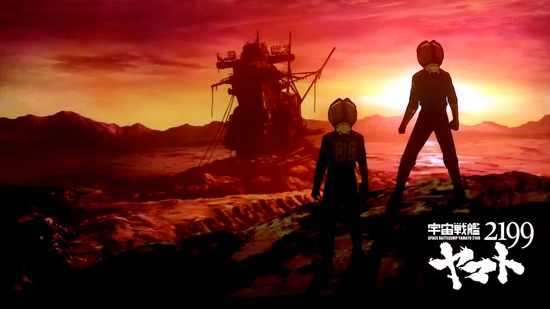 While both Appleseed and Dirty Pair Flash focused on putting a modern spin on an old property, Space Battleship Yamato 2199 (previous praised by Otaku USA here) seemed to reflect a greater appreciation for the original material, while still working to modernize the production and make it accessible to new fans. Released as 26 episodes throughout 2012, it seemingly accomplished the unthinkable for a reboot: garnering approval from fans of the original while updating the series enough to be readily accessible to newcomers. Series director Yutaka Izubuchi has some of the most formidable credentials in the field of anime mecha design; a member of the group that created Patlabor, HEADGEAR, Izubuchi also contributed design work for everything from Gundam 0080: War in the Pocket to the new Evangelion films. Prior to proving himself directorially on 2199, Izubuchi’s only directing credit was on the ho-hum RahXephon series, doubling the impressiveness of his accomplishment with 2199. Owing perhaps to the popularity of the Yamato franchise, Izubuchi’s staff included some extremely talented people like Hideaki Anno, Nobuteru Yuki, Minoru Maeda, and the greatest, most underappreciated mechanical designer of the 1980s, Makoto Kobayashi.

Unfortunately, 2199 has been poorly handled in its release in the States. Barely advertised, released for unusually high prices per volume and called Star Blazers 2199, it hasn’t received the release that it deserves. Combined with its absence from any legal streaming sites, this makes 2199 considerably harder for unsure fans to get into. It’s a disservice to be sure, but if you’re the kind of fan who laments the lack of sci-fi anime “like they used to make,” 2199 is worth tracking down. 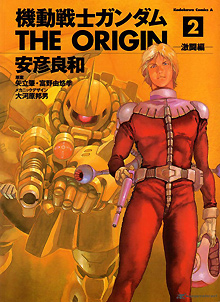 On the horizon, Gundam Origin is a new animated Gundam series based on a manga of the same name by Yoshikazu Yasuhiko. Yasuhiko, character designer for the original Mobile Suit Gundam TV series, created Origin to retell the original story of Amuro Ray and the RX-78 Gundam, albeit fleshed out with considerable backstory and detail. As such, the Origin anime is an adaption of a remake, with a strong creative link to the original. While speculation ran rampant over whether or not Origin was going to be a full on retelling of the original Mobile Suit Gundam, it looks like it’ll be, at least initially, a 4-episode prequel of sorts focusing on Char Aznable and his sister Sayla Mass. Whether or not the series will continue on to cover the One Year War timeframe of the original TV series is unknown, but you can get a head start on the story by checking out the Gundam Origin manga, currently being released by Vertical Inc.

Big names and big budgets don’t always make for a successful remake. Bringing back once-popular franchises doesn’t always translate to success, but tempering appreciation for the original with a willingness to reach out across a broad spectrum of potential viewers can work wonders. Both Sailor Moon and Gundam Origin are part of huge franchises with an established fanbase already, so only time will tell if either series can pull off that rare accomplishment, a “good” remake.

What classic anime series would you like to see remade? Let us know in the comments! 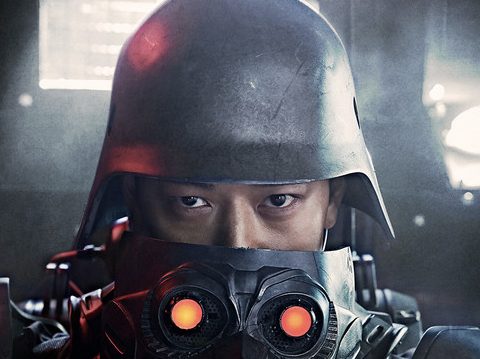 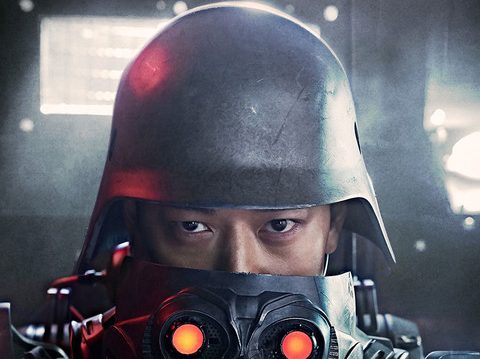 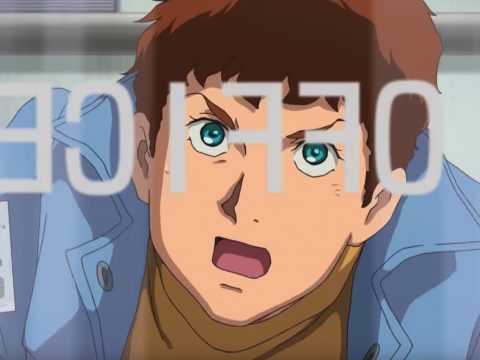