This review first appeared in our August 2014 issue, and it’s now available online as a bonus supplement to the Atelier Escha & Logy anime feature in our latest issue, available now.

***
The Atelier series is one that simply doesn’t receive enough recognition. There are a startling amount of games, with new releases blossoming into life here and there when you least expect them, but each with its own unique personality to offer different subsets of players. Though it’s an incredibly niche series, it has the power to pull you into its tangled web with nothing but a smile and a friendly invitation. With one of its most recent iterations, Atelier Escha & Logy: Alchemists of Dusk Sky, the Atelier series makes an attempt to cover more accessible ground, thus opening it up to players who may previously have found it too complicated to tackle. 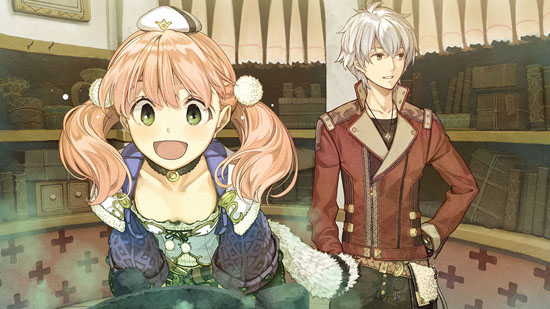 Escha & Logy recounts the tale of two titular protagonists, an alchemist from Central City (Logy) and an apple picker’s daughter from a town where she’s the only one with the ability to perform alchemy (Escha). The two come together when they’re enlisted into the Research & Development Department in order to use their alchemical powers to revitalize the Dusklands, currently in a drought. The potential cause may be the “Unexplored Ruin” beyond the clouds, and our heroes are raring to go explore it in order to get to the bottom of the drought. That’s where you come in.

The theme of this Atelier entry, like all of them possess, is following your dreams, and Escha and Logy as characters make you feel as though you can do this as well as aid them in doing the same thing. You can choose between Escha or Logy to get started, and depending on who you decide to play as, you’ll be faced with more of a day-to-day life situation or “serious” narrative events. No matter who you decide to go with, combat is quick and turn-based, with an interesting battle system that encourages strategy over spamming special attacks or speeding through battles, like previous games in the series tended to incite. Alchemic powers are flashy and handy, and you’ll want to experiment with each party member to see what they’re capable of. 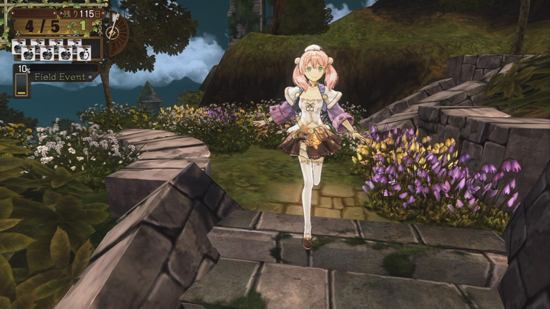 Alchemy is still the heart of gameplay, and both Escha and Logy have special abilities when it comes to crafting items. Escha can use traditional tools while Logy uses a forge to give weapons and armor alchemical properties. He can also use items from the ruins as research, disassembling them and offering players the chance to craft new pieces of equipment or alter existing items assigned to party members. This is by far the most engaging aspect of the game beyond combat, and you’ll find yourself coming back to it again and again, especially when the difficulty tends to ramp up a bit bizarrely during Year 4, where all of a sudden enemy encounters and boss battles become a handful that not every player will want to conquer.

Despite these small gripes, Atelier Escha & Logy is a feel-good journey that strikes a fine balance between RPG and life sim elements with a dash of positivity to boot. Its narrative, combat, and alchemy elements are all easily the most accessible to those unfamiliar with the Atelier series, and as the first part of the brand new Twilight arc in Gust’s long-running franchise, it makes a formidable effort for an Atelier newbie’s first time.

Free! Prequel Anime Film Dips in with a Teaser
The Last Guardian to Appear at E3 Next Week (Allegedly)