The Last Guardian to Appear at E3 Next Week (Allegedly) 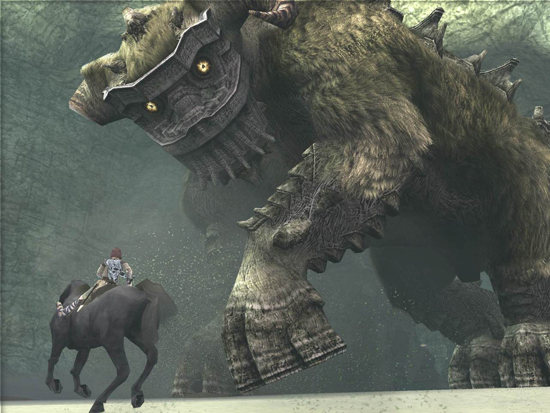 It’s hard to believe that Team Ico’s Shadow of the Colossus is almost 10 years old now, but in 2006, it was one of the most critically acclaimed games of the year and remains one of the most fondly-remembered games of the entire PS2 era. Its moody desolate environments, stylized art direction, unique boss battles, and Ghibli-esque fantastical story gripped gamers’ imaginations. Its influence on game design can be seen leaking into everything from big budget titles like The Legend of Zelda: Twilight Princes and Castlevania: Lords of Shadow to indie games like Grave Spirit, Hyper Light Drifter and Outland.

Follow-up The Last Guardian (known in Japan as “Trico the Man-Eating Eagle”) was intended to be a major flashship title on PS3, but has been delayed so much since it started development in 2007 that the window for such an release came and went. When lead designer Fumito Ueda left Sony, it seemed the project was doomed, but he later turned up as a consultant involved in the game, and as recently as February 2015, Sony has insisted that the game is still in development…now for PS4.

This Tuesday, UK newspaper The Guardian claimed that Team Ico’s similarly-titled game will appear at this year’s E3 next week. It was mentioned in a “most anticipated E3 games” list, merely citing that they “had it on good authority” than it would finally appear this year. It’s hard to tell how legitimate this announcement is..do they actually have an inside source with Sony or is just utter speculation?

In all honesty, who knows?

The Guardian asks how closely the next The Last Guardian iteration will resemble what we’ve already seen. There is some precedent for Team Ico changing things around during development, as the early beta footage for Shadow of the Colossus was called “Nico” (blending the Japanese word for “two” with the name of their first game) and starred a horse-mounted trio of horned boys modeled after Ico‘s original titular protagonist, fighting as a team to bring down the colossus. The finished game mostly contained the same ideas, but the title and solitary un-horned protagonist were a significant departure.

However, the entirety of footage shown for The Last Guardian has focused rather intimately on the two main characters of the game. There have already been some minor cosmetic alterations from the early leaked trailer to the later 2009 official one, but it seems unlikely that any large changes would be made, as it would leave very little of the original game left to work from. It doesn’t really seem like a game with so many delays already under its belt could really survive such a dramatic move back to the drawing board, and Team Ico probably recognizes that danger.

In the mean time, all we can do is look back at the existing footage, imagine what wonders the game has in store, and keep our fingers crossed that it eventually sees the light of day as a finished product.