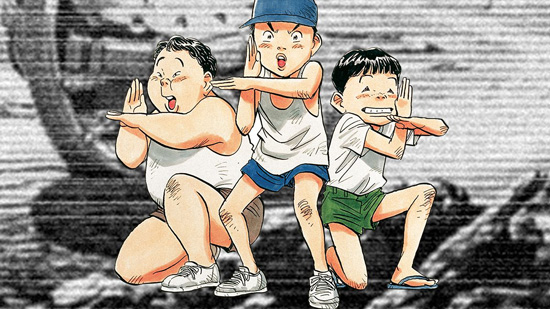 Naoki Urasawa’s 20th Century Boys is a sprawling epic that began in 1999, though it’s hard to gauge what era this time-jumping story hails from. Flashing back to as early as 1969 and forward to a version of 2017 very different from the one we know, it scatters its story throughout an overarching alternative timeline that forces the reader to pay attention just to keep up. And yet it feels so ephemeral, so intense, that it could take place in the blink of an eye. It’s a modern manga classic, now available in an omnibus Perfect Edition.

The deluxe reprinting of this hit manga series is the definitive way to experience the story from start to finish, and it’s absolutely worth picking up over the previous 22-volume edition. It’s a complex tale wrapped up in a series of cultural references from the moon landing to Atari, Transformers, and even the band T.Rex, whose song “20th Century Boy” inspired the title. 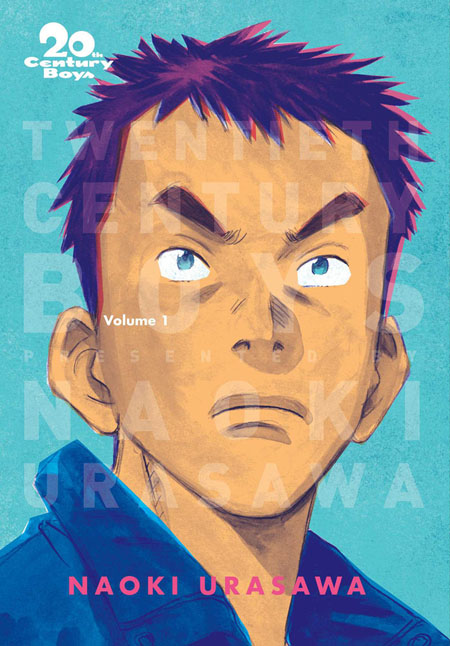 The story, reminiscent of coming-of-age films like It and Stand By Me, chronicles the lives of four boys—Kenji, Yoshitsune, Mario, and Otcho—who hang out together in a secret clubhouse together in 1969. During some imaginative play, the kids create a scenario casting themselves as plucky heroes saving the world from bad guys. The years go by, and the adult Kenji is shocked to see his childhood story coming true through the work of a mysterious cult led by a man called “Friend.” Kenji and his old friends struggle to remember what they included in their childhood “Book of Prophecy” and figure out what Friend is up to, why his plans follow their book, and what’s going to happen next. Meanwhile, terrorist attacks break out around the world.

It’s a riveting journey that’ll have you frantically flipping pages to see what happens next. As the story grows more complex, it’s not always easy to fully understand what’s going on, but all ultimately becomes clear and leads to an extremely satisfying payoff. If you’ve never experienced Urasawa’s work before, 20th Century Boys is an excellent place to start. It combines the sensibilities of Stephen King’s best work with an ambitious science fiction plot and the suspense and thrilling character development for which Urasawa is famous. Get invested in this cult classic, because there’s nothing else quite like it. Recommended.