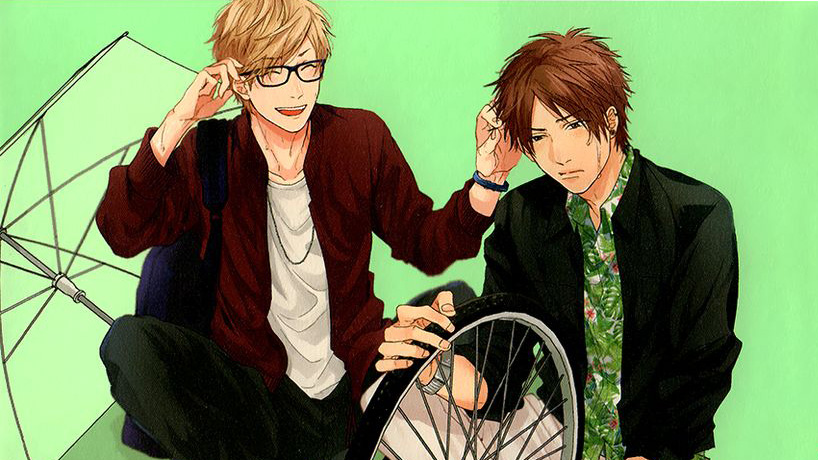 In this reunion romance with a twist of awkward and a splash of drama, Naoto and Taichi were secret lovers in high school, but lust soon turned into animosity. Several years later, they’re reunited in college. Naoto is looking forward to making friends and kicking his college career off right. He immediately runs into Taichi, who is not only at the same school, but sharing the same major. At first the outgoing Naoto is irritated to be thrust into the same circle of friends as the guy who unceremoniously dumped him. But Naoto’s and Taichi’s feelings for each other quickly resurface and they go from friends to lovers once again. More cautious this time, Naoto wonders if sex is all Taichi wants and if they can have a relationship beyond the bedroom. The two leads dance around each other, worry, fret, break up, make up, and fall apart again. 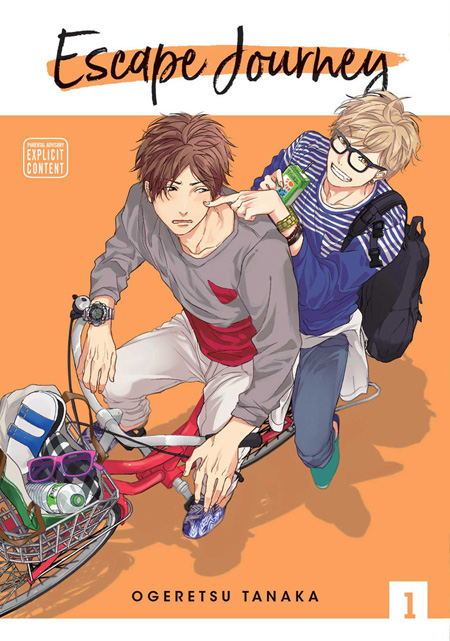 It would be nice if yaoi could move away from sexual violence and abusive behavior as a substitute for drama, but Escape Journey falls into that old trope, so be warned. That issue aside, the art is lovely and Tanaka makes a real effort to distinguish the two leads. The side characters receive less attention and blur into a loose group of vague sidekicks who talk about ditching class but don’t have much personality. The sex scenes are steamy and plentiful, though censored.

The one minor distraction is the supposed college-age lingo. In the afterword, Tanaka makes a reference to eavesdropping on college men to find out how the kids are talking these days. In order to get the flavor of the Japanese slang, the translator settled on having the characters say things like “totes.” A lot. Like, they totes might have overdone it. But that’s one of the difficulties of localizing a translation; just about any slang is bound to sound outdated by the time the book is in print. The first volume, while a complete story, leaves room for more, and a second volume is indeed on the way.