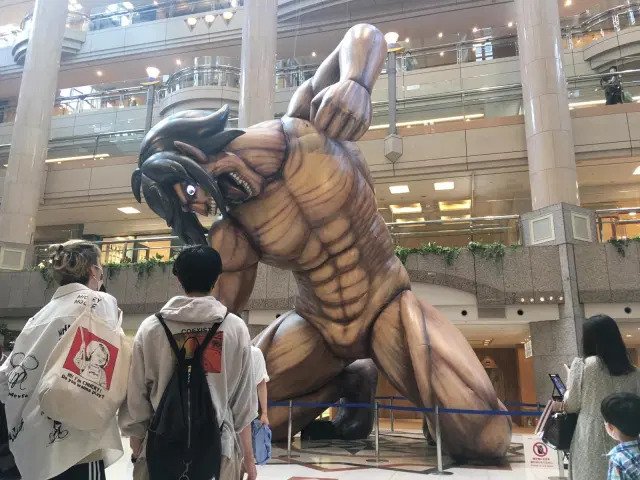 And right now if you head over to the Landmark Plaza complex in the Minato Mirai district of Yokohama, there are new displays that include life-sized Titans.

One display has Eren and Levi standing next to a Titan head. 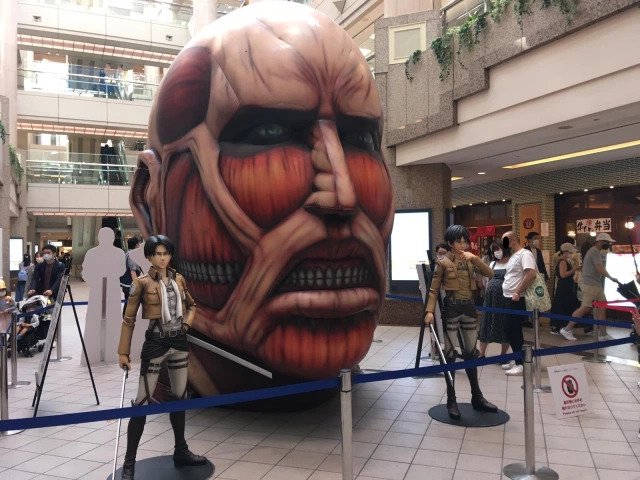 There’s also this of Eren in his Titan manifestation, which is almost 28 feet tall. 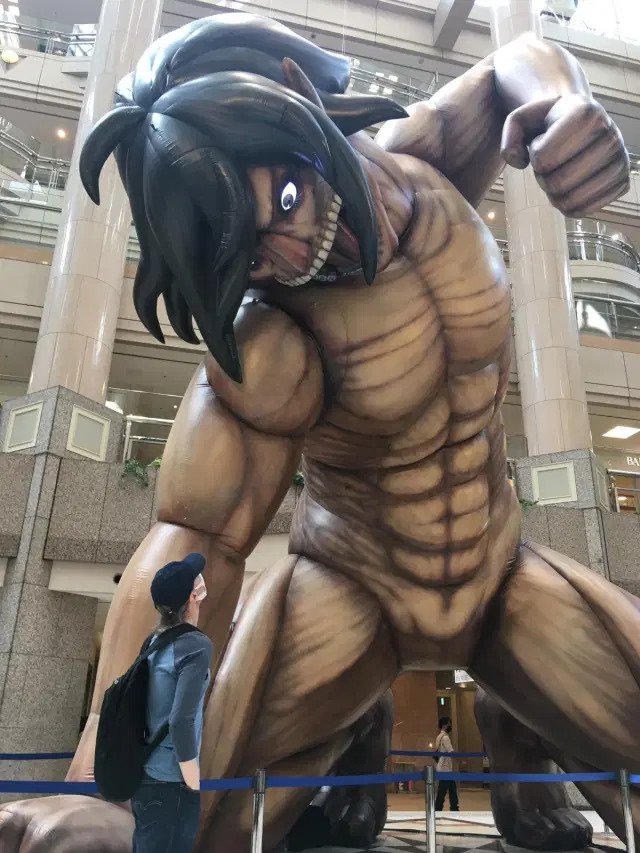 Despite all the effort that must have gone into making these, they’re not permanent fixtures. They’ll only be around until June 20.