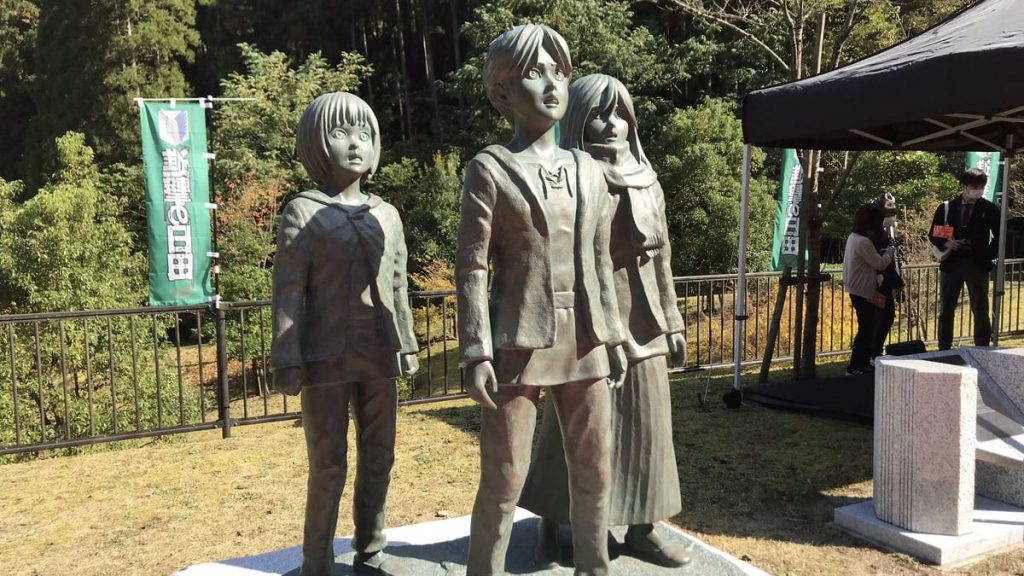 Attack on Titan is barreling toward its conclusion, with the manga nearly complete and the last season of the anime set to air soon.

Now the hometown of Hajime Isayama, the creator of Attack on Titan, is honoring the manga-ka and his titanic achievement with statues of protagonists Eren, Mikasa and Armin.

The statues were unveiled on the 8th in front of the Oyama Dam in Hita City, Oita Prefecture.

It’s kind of the perfect place for them: the statues stare up at the giant “wall” created by the dam, recreating that iconic scene from early in the story. According to Isayama, Hita City, with its greenery, mountains and basin, actually served as inspiration for the manga’s setting.

The statues were funded through crowdfunding that took place in 2019. They were originally set to be unveiled in April, but, y’know, stuff happened.

Isayama, in attendance, said that he was “full of gratitude,” and that if Attack on Titan can help his hometown, he’d like to continue to help out further.

What do you think of the look of these Titan statues? 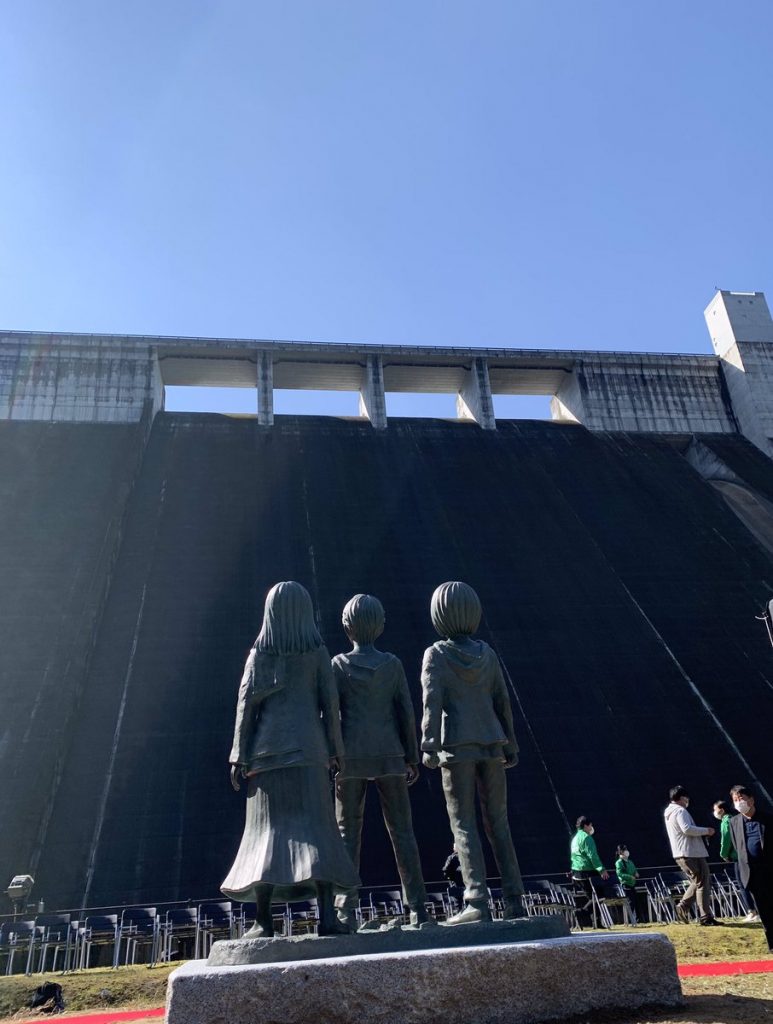 View all posts by Matt Schley
Don’t Toy With Me, Miss Nagatoro Anime Gets Its Tease on Next Spring
Anime Armor That’s the Height of Fashion (and Protection)