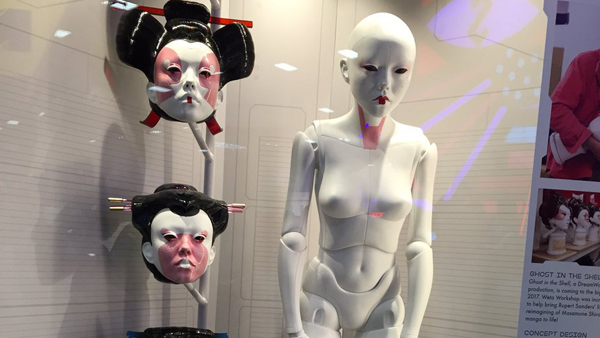 Weta Workshop, the New Zealand-based effects studio behind the live-action Ghost in the Shell film’s practical effects are on-site at San Diego Comic-Con, and they have brought some Ghost-related goods along with them.

WETA’s Comic-Con display appears to be giving con-goers a first look at one of the androids from the film. Resembling the gynoids from Ghost in the Shell 2: Innocence, the android comes with a series of Kabuki-like masks.

“Working with [director Rupert] Sanders and the production’s design team, Weta Workshop’s design studio helped visualize the world of Ghost in the Shell that inhabit it. All up, the Weta Workshop crew generated more than 2,000 designs for the film.”

Weta Workshop, founded in 1987, is perhaps best known for its work on the Lord of the Rings and The Hobbit films.

What do you think of this first peek at the live-action Ghost in the Shell? 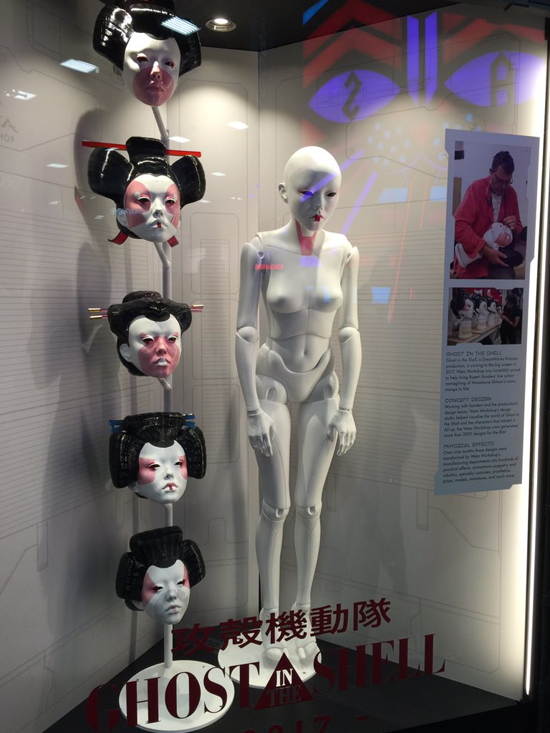