Ghost In The Shell Studio Production I.G To Open Store In Shibuya 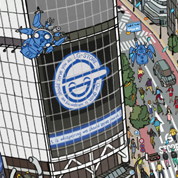 Production I.G, the studio behind anime like Ghost in the Shell, Psycho-Pass and Blood: The Last Vampire, will open a store based around their properties in hip Tokyo neighborhood Shibuya, reports Anime Anime.

As if you didn’t have enough reasons to visit.

The I.G store, which will be located on the 7th floor of the Shibuya 0101 building, will open April 16.

To help break the news, I.G have released a poster that shows the famous Shibuya scramble crossing’s video billboards as hacked by Ghost in the Shell: Stand Alone Complex’s Laughing Man. Shibuya (or a city based on it, at least) was featured in that series.

Aside from exclusive merchandise, the inside of the shop will also feature an “entertainment space.” When the store opens, the space will host a Kuroko’s Basketball key frame exhibition.

Recently Shibuya served as the location for the recent Mamoru Hosoda film The Boy and the Beast (not to mention a ton of other anime over the years). 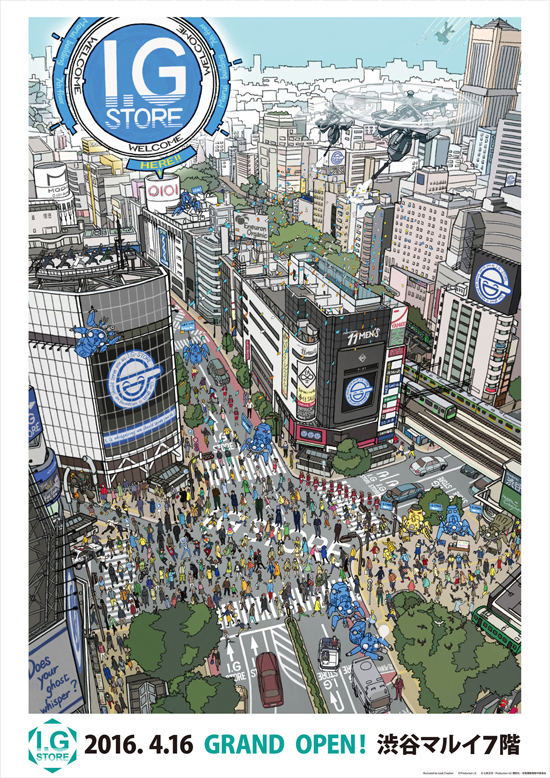