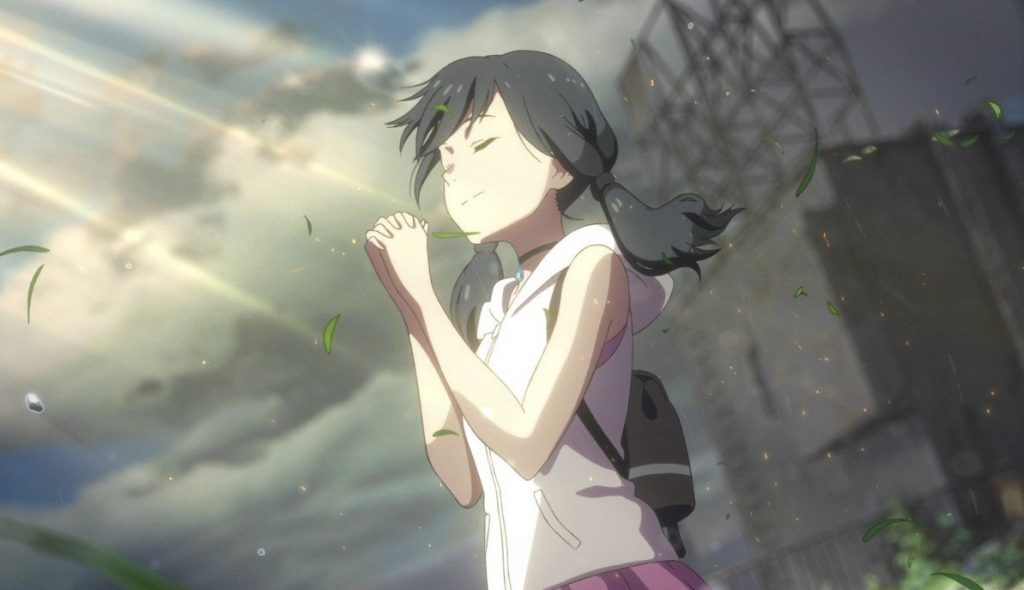 Now we know who’s set to appear in the film’s English-language dub.

The news comes via a trailer for said English-language dub, which you can stream right here.

Weathering With You (or Tenki no Ko in Japanese) is the tale of Hodaka, a runaway who comes to the big city of Tokyo and meets a mysterious girl named Hina with the power to control the weather. Or as GKIDS puts it:

The summer of his high school freshman year, Hodaka runs away from his remote island home to Tokyo, and quickly finds himself pushed to his financial and personal limits. The weather is unusually gloomy and rainy every day, as if to suggest his future. He lives his days in isolation, but finally finds work as a writer for a mysterious occult magazine. Then one day, Hodaka meets Hina on a busy street corner. This bright and strong­willed girl possesses a strange and wonderful ability: the power to stop the rain and clear the sky…

The film is set to hit theaters from January 17, with special preview screenings January 15 and 16. You can find out where and when the film is playing here.