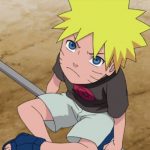 This week Viz Media announced plans to bring some of its biggest series to Verizon’s go90 streaming platform. So far, the content distribution agreement has nine fan-favorite series now available to stream for free on the go90 app on iOS and Android.