Ultraman Gets a Decent Manga Update 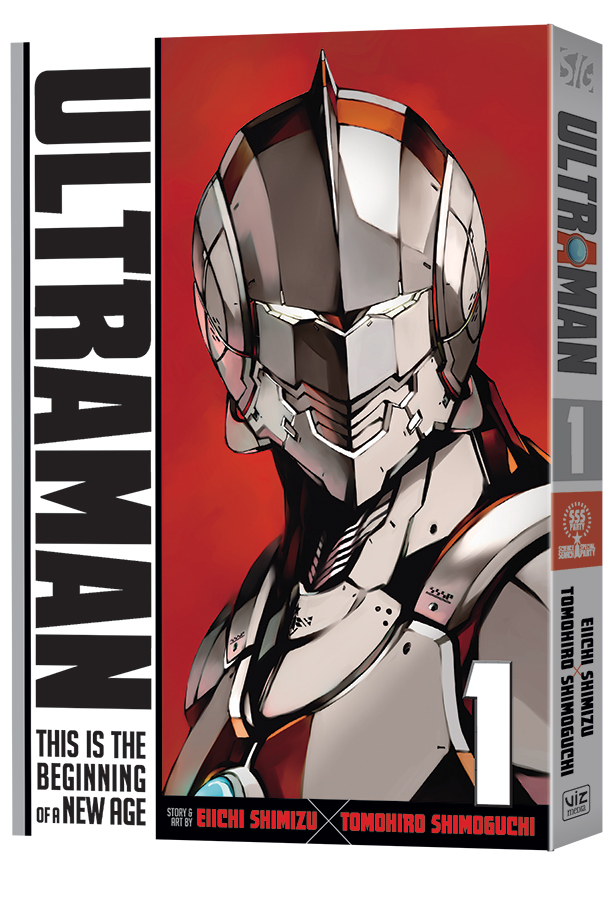 Ultraman is little more than a fond memory to the people of Japan in one of his latest manga adventures, which comes from Eiichi Shimizu and Tomohiro Shimoguchi. The selfless heroics of the Giant of Light are documented and celebrated regularly at a memorial museum, but humanity has since fallen on more peaceful times. Things are about to change, however, kicking off a more updated version of the classic tokusatsu hero that’s certainly enjoyable enough to keep up with in its inaugural outing.

As we quickly find out, even the original Ultraman himself—former Science Patrol member and current Defense Minister Hayata—doesn’t remember his time in that colossal red and silver form. His powers, however, have been passed on to his son, who has an uncanny ability to survive freak accidents without a scratch on his body. This is the future of Ultraman, and as we leap forward in time, ordinary teenager Shinjiro is about to get his chance to step into the role of the Giant of Light.

Ultraman follows this new hero’s origin closely, and by the time we get to the end of the first volume we’ve had a chance to see him in action against his first foe, Bemular. The creature even goes out of its way to tell Shinjiro specifically, “I’m your very first enemy!,” so the monster of the week spirit is alive and well here. Despite being a licensed manga, it’s clear a great deal of care was put into Ultraman, and the art in particular is fantastic. It’s almost too good, really, but it rarely ventures into that dreaded sterile, overly-perfected territory that tends to look more like it was drawn by a robot.

Maybe someone can correct me, but it’s actually not made very clear who did what in the creation of Ultraman. Shimizu and Shimoguchi are credited with story and art, and it’s billed as a team effort both on the cover and in the bonus comic insert after the main attraction. They definitely show their love for Tsuburaya’s property in the latter, so it seems the pair is a good fit for this. As for Ultraman himself, the redesign is a mixed bag. It looks pretty cool on its own—more of a metal hero like Space Sheriff Gavan, Shaider, or Sharivan—but I’m not getting much of an Ultraman vibe from it. If you’ve ever seen the original Bemular before, you’ll also notice how different the design is on that one, but I’m actually looking forward to seeing how they handle the various classic enemies of the franchise.

While Ultraman isn’t amazing, it’s earned itself another visit for sure. It’s interesting and well-crafted enough to be worth following for at least one more volume; if anything we’ll get some decent action out of it.