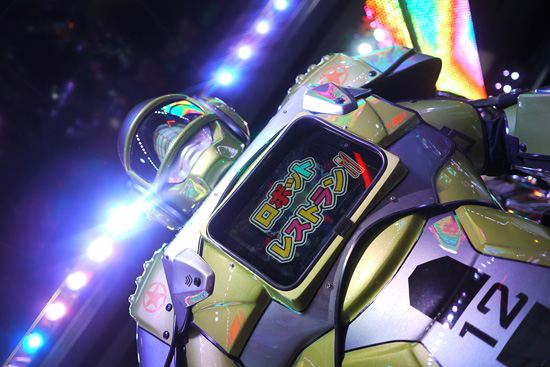 It’s part of the promotional campaign for a new attraction in Kabukicho, the seedy, occasionally dangerous nightlife district in the heart of Shinjuku (if you’ve ever played the Yakuza series of Playstation games, you’ve explored a fairly accurate version of Kabukicho, albeit by another name).

The name of the attraction in question is Robot Restaurant, though the “restaurant” in the title is somewhat of a misnomer, because the food is certainly the least interesting thing on offer. 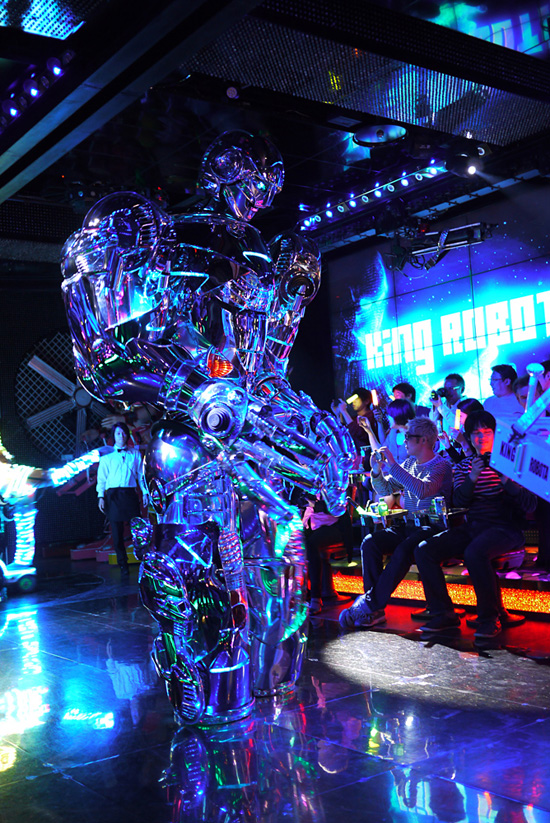 Robot Restaurant’s real main dish is its cabaret show. For 4000 yen (about $45), visitors are treated to an hour-long dance number the likes of which are unlikely to ever be seen anywhere in the world but in Japan. That’s because the first half of the venue’s name certainly isn’t a misnomer: the focus is all robots.

After depositing their personal items in lockers (though cameras are allowed, which is unusual for an venue like this), guests are shuffled through a few beautifully garish hallways before being deposited in the main room, a basement-level stage surrounded by chairs. You’re soon given a small bento box. These box dinners, which look and taste like they were bought down the street at the convenience store are reportedly the reason the club is allowed to operate with a restaurant license.

But, as mentioned, the food isn’t the point. Soon after being served, the show begins.

And, okay, when we said the focus is all robots, that wasn’t exactly right. As strange and unique a cabaret show as this is, it’s still got the classic elements: namely, scantily-clad dancers. The first few dance numbers, in fact, are robot-free. 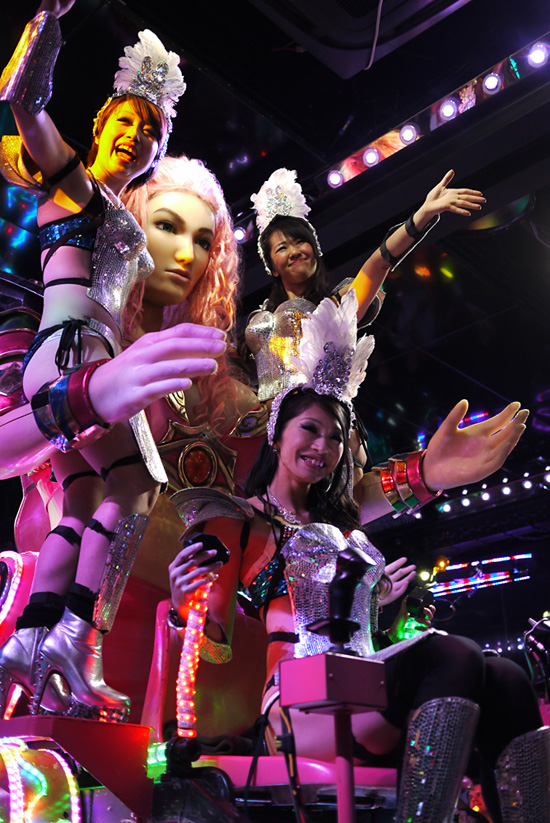 But just when you start to wonder if there are going to be any robots at all, the dance crew haul out the big boy: King Robota. The King is a huge metallic beast, ostensibly controlled by lab coat-clad scientists (and the only males in the performance). It was difficult to tell whether there was an actual human inside Robota: either way, he’s a pretty darn cool piece of work.

The final three dance numbers all feature other various robots, including the strange female ones used for advertising the restaurant: they’re piloted by the dancers (and some lucky audience members) who kind of sit nestled in their laps. The ultimate dance features a motorcycle driven onto stage Judas Priest-style, plus a tank and some strange ceiling-mounted contraptions on which the dancers circle above the audience. 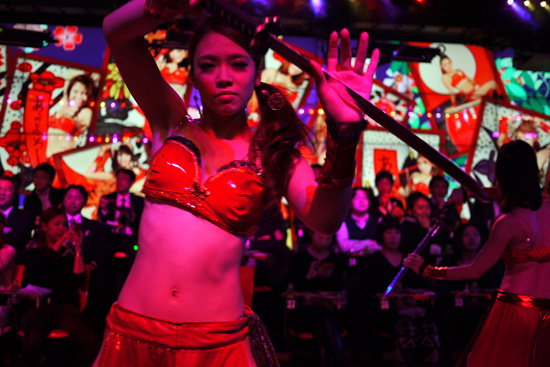 How does Robot Restaurant’s special blend of music, dance and heavy nerdiness stack up? Surprisingly well. Based on its location and over-the-top ad campaign, we, frankly, weren’t expecting much. After all, you could sell plenty of tickets to a show like this based on its concept alone.

But the organizers behind Robot Restaurant went the extra step and actually made their show darn entertaining. It’s hard to describe how weird, cheesy and fun the entire experience feels, but thankfully, as noted earlier, cameras are allowed. Before our visit, I thought Robot Restaurant would be a passing fad. Now I think it just might have a permanent place within the madness of Kabikucho.

Still, some decent food would be nice. 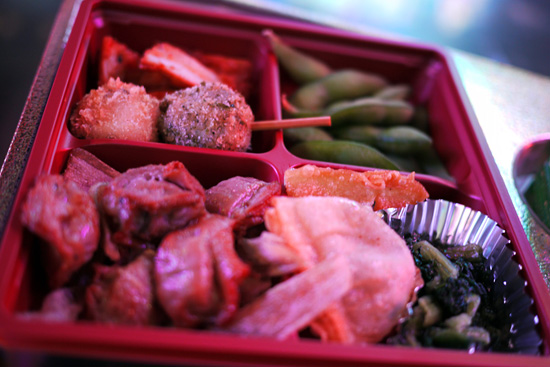