The Vault of Error – Spirit of Wonder: Miss China’s Ring

I’ll let you in on a little secret: I used to be a collector. Not in the sense that I simply owned a collection—I still do—but in the sense that I used to seek out difficult-to-find anime home video releases just because I could. In the early days of eBay, I scoured the web for such video oddities as the Roger Corman adaptation of Galaxy Express 999 and the cringe-inducing version of Macross: Do You Remember Love? known as Clash of the Bionoids. It wasn’t so much a hobby as an obsession; the true value lay not in owning something rare, but in the quest to acquire it in the first place. Enjoying the anime itself was an ancillary concern.

Though not the most rare American anime release I’m aware of, the most difficult DVD I ever tracked down was a modest OVA entitled Spirit of Wonder – Miss China’s Ring. Released in 2000 by AnimEigo as a follow-up to their earlier VHS releases from 1995, Miss China’s Ring is a one-shot story based off of the Spirit of Wonder manga by Kenji Tsuruta. It tells the tale of Miss China, a young woman who operates the Tenkai pub somewhere in coastal England (or possibly Australia) near the turn of the 20th century. In addition to her duties serving pints and meat pies to the appreciative locals, Miss China also leases rooms above the pub to a pair of bumbling, would-be inventors: Dr. Breckenridge and Jim Floyd. In this installment, Miss China quietly moons over her secret infatuation with the handsome, young Jim. Meanwhile Jim and Breckenridge design a space-folding telescope that allows them to interact at a distance with the lunar surface, and they carve a happy birthday message to Miss China on the face of the moon. 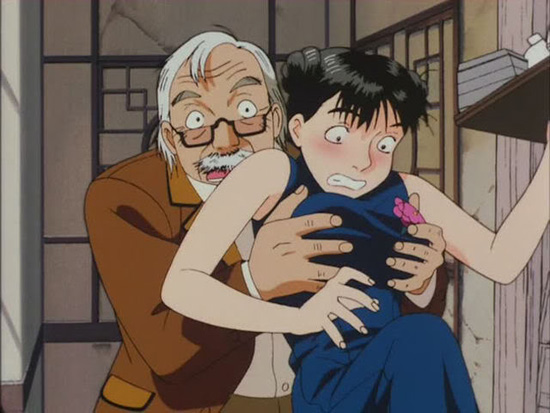 As far as conflicts go, Miss China’s Ring is fairly low-key. Originally titled China-san no Yuutsu, i.e. Miss China’s Melancholy, the biggest conflicts are whether Miss China will ever confess her true feelings (spoiler: she doesn’t) and whether she will successfully collect the rent from her two freeloading guests (nope). It’s an odd little relic from 1992, a time when the Japanese OVA market allowed companies like Toshiba EMI to sink big bags full of yen into projects that were designed to appeal specifically to fans of the original manga. And although the Spirit of Wonder comic saw an American release courtesy of Dark Horse and Studio Proteus, it never achieved the same level of popularity as something like Ranma ½ or Ah! My Goddess. That Miss China’s Ring was not only licensed and released, but also dubbed into English in the process, speaks to the spirit of wonder that once captivated the American home video anime market.

There’s nothing wrong with Miss China’s Ring, even if the title character is something of a stereotype. Clad in a cheongsam and ox horn hair buns, her real name unknown, Miss China knows kung fu and is not afraid to get cartoonishly violent if her customers get rowdy or Jim and Breckenridge fail to pay the rent. (At least she doesn’t speak with a broken accent in either version.) The animation is adequate though not spectacular and the color palette is soft and gentle, with a lot of muted pastels appropriate to the wistful, melancholy tone of the story. It’s a very non-threatening sort of show, despite the fact that the main characters annihilate the moon at the end. Even the proto-steampunk elements of Jim and Breckenridge’s madcap inventions feel entirely normal within context. 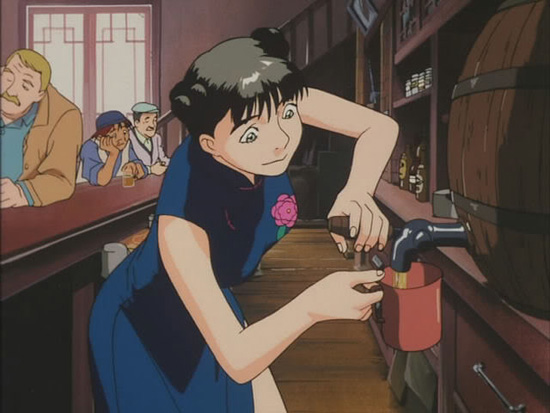 For such a light piece of entertainment, Miss China’s Ring was catastrophically difficult for me to acquire. I tried brick and mortar stores, anime conventions, online retailers, public libraries—the depth and breadth of every resource available to me at the time. I came up empty. I searched and scrambled and gnashed my teeth in frustration. Then one day, as anti-climactically as the OVA itself concludes, my search ended. A friend of a friend gave me his own copy of the DVD, unsolicited, out of the goodness of his heart. The quest was over, and it turned out that the act of striving was more interesting than the object acquired.

Spirit of Wonder is a curious thing. AnimEigo no longer lists it on their website, although a search of their archives reveals they still publish the liner notes that accompanied the DVD release. In 2001, Bandai Visual created a sequel OVA entitled Spirit of Wonder – Scientific Boys Club, released in America by Bandai Entertainment as simply Spirit of Wonder. Both are now hilariously out-of-print. Both can sometimes be found on Amazon and eBay, often selling for a king’s ransom. I own both, and I didn’t pay for either. One was a gift, the other I won in a contest. 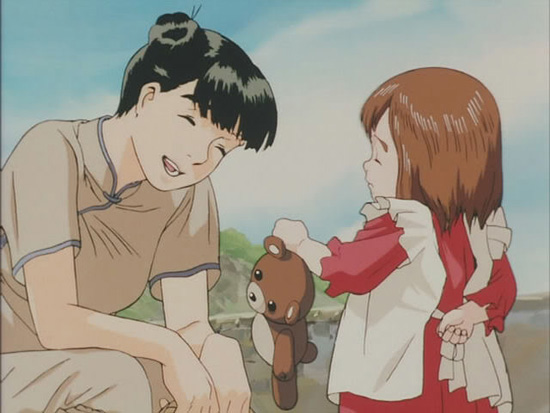 I used to be a collector. I’m not any more. Like Pikachu transforming into Raichu, I’ve evolved into the next level: a hoarder. I don’t even particularly like Spirit of Wonder. It’s not bad, but it’s not outstanding, either. And yet I’ll never give my copy up. You couldn’t pry it away from me with a crowbar. Like a dragon on a pile of stolen dwarven gold, I wallow in my own personal Vault of Error, guarding each rare trifling as if it were pressed out of platinum, never bothering to wonder where the spirit of my searches went so wondrously wrong.