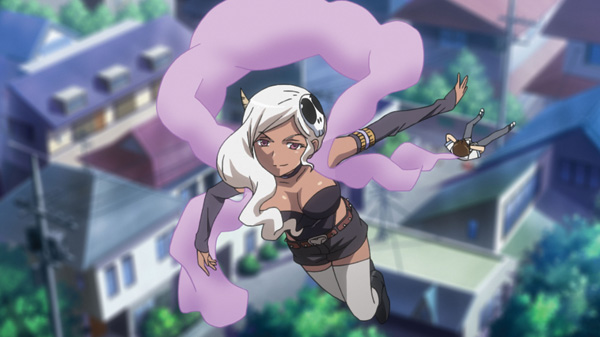 Keima Katsuragi is a ladies’ man. All the girls fall for him left and right as he chooses optimal dialogue choices and woos digital women across his video game platform of choice. In real life, however, he couldn’t be further from a Casanova. He’s a bitter, gloomy “otamega” (glasses-wearing otaku) and can barely chat up girls in his own high school. When he receives an email invitation to “conquer” girls in the 2D world, he gleefully accepts. He’s dragged into a contract where he’s forced to work with an adorable demon named Elsie in order to recapture “Loose Souls,” or evil spirits, who have escaped Hell. The only way to recapture these spirits, however, is to conquer the women they inhabit. That means Keima must suddenly become a real-life romantic, or suffer the incredibly dire consequences. No pressure though, right?

Keima Katsuragi is known throughout The World God Only Knows as The Capturing God because he’s got the ability to “capture” pretty much any girl in the many eroge titles he plays, though he’s out of luck when it comes to real-life girls. That’s where much of the comedy and dramatic effect comes from in the anime adaptation of the popular manga. While at first brush it can seem as though there’s not much to the story beyond clichéd interactions between geek boys and the women who would normally shun them, there’s an undeniably human element to the anime that makes it a much more engaging watch than it could be. 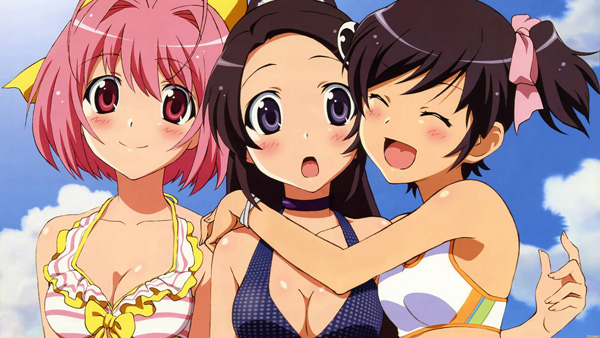 Elsie (Elucia de Lute Ima for acquaintances) is one of the most lovable parts of the show, especially when it’s clear Keima needs to lean on her to achieve greatness in the real world as well as the 2D eroge landscape. Once Keima has conquered real-life women, however, the series opens up to a much greater premise, with the dynamic duo eventually being charged with awakening six goddesses known as the Jupiter Sisters. The goddesses may be found within some of the girls the team helped before, as a bizarre rebel set of demons named “Vintage” work to take over the goddesses as well. All this and potentially falling in real, 2D world love with an actual girl?

It’s enough to make poor Keima go crazy … crazy in love, that is.

Keima, despite being absolutely selfish, stereotypical, and predictable, makes the show a worthwhile watch in several surprising ways. He’s antisocial and more than a little obnoxious, but you can often glean actual sincerity from his actions. He may have near encyclopedic knowledge of the video game dating scene, but his confusion about real-world interactions and other situations is genuinely endearing and gives you a reason to root for him, making him an excellent lead that matches Elsie’s companion character to a T. Elsie’s presence is absolutely essential to the show feeling light when the subject matter gets a little dark and wishy-washy, and she’s a driving force that’s undoubtedly one of the most pleasant surprises about the show that new viewers will gravitate toward. 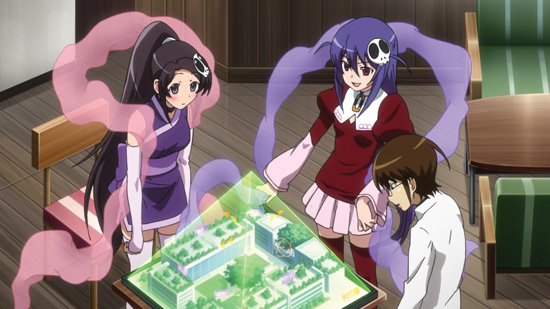 Loving You Is Easy ‘Cause You’re Multifaceted

While The World God Only Knows could very easily stick to simple one-girl story arcs for each episode or even do a “monster of the day” scenario that doesn’t make a lot of sense, it gives each girl Keima is working with her own unique personality and character arcs that allow plenty of time for the girls to evolve so that by the end of their trials and tribulations, you care more about them than you did initially. You get a feel for how each girl fits into the story beyond simply remaining an entity and plot device for Keima, and that’s not simple to pull off, especially in the climate of anime we’re working with these days.

What’s more, in the spirit of stories such as KimiKiss, there’s an opportunity for fans to develop crushes on multiple girls. Unfortunately, that also means that once you fall in love with the star of one miniature arc, another girl will be coming along to replace her soon. Looking at this in a positive light, that only means that there are chances for anime fans of all tastes to find someone they enjoy watching and developing, and that’s always good news. 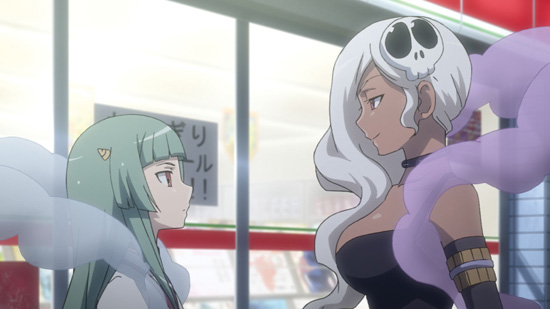 Though The World God Only Knows is an excellent anime series with eye-popping art and an extremely catchy opening theme song, its media expansions into other forms of entertainment are equally engaging, with the original manga having debuted in April 9, 2008, in Weekly Shonen Sunday. There are currently three different seasons of the anime adapted from the manga series, which even featured one girl, Kanon Nakagawa, as a magical girl in a special one-off shojo series. In addition, two light novels are available in Japanese that further explore the lore and the established storylines beyond what the manga and anime offer.

Fortunately, there aren’t that many filler episodes to deal with, and if you do like that sort of thing the additional media act as a bridge to new content and new worlds in which you can explore Keima and Elsie’s personalities. 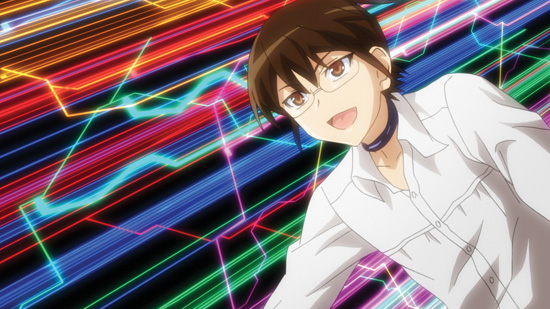 Growing With Your Partner

The World God Only Knows fills an important niche that’s always in dire need of more content in the anime industry: romantic series without ridiculous premises, nonsense plot devices, and female characters that may as well be blocks of wood with faces and eyes carved out for aesthetic purposes. It treats its leads, both male and female, with respect and doesn’t rely on too many tired tropes to tell its story. As a result, it’s an entertaining and even series that you should consider viewing, especially if you’ve had your fill of romantic comedies a la classic Love Hina or other newer moe series where things are handled in a chaotic and often demeaning manner.

Not only is the tale of Keima Katsuragi a memorable and entertaining one, but it attempts to break down convention when it comes to anime tropes, and if you’ve been watching, viewing, or blogging about anime as long as yours truly, that’s always a welcome sight.